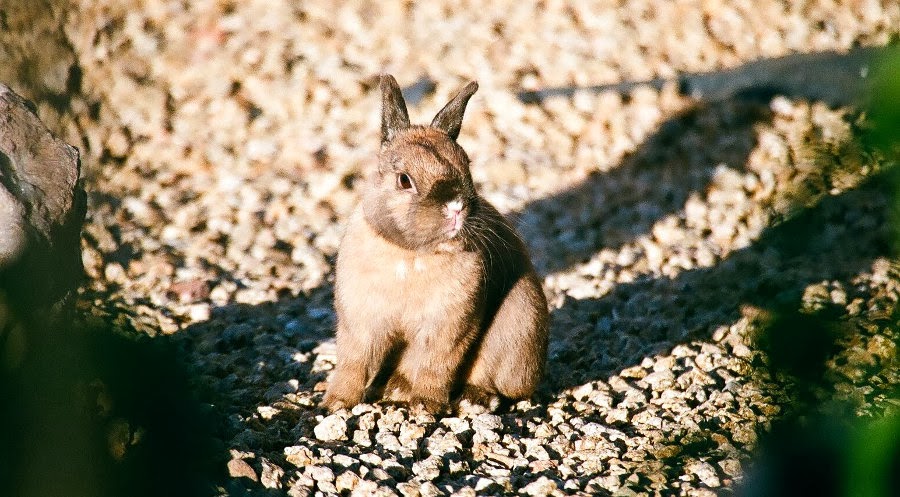 I don't have a cigar, or a hat, but I wonder if you're feeling lucky? Do you?

He's 6 years old and has been with Kenneth for over 5 years.  Their daughter and son in law were moving out of the country and couldn’t take Cinn, he said "he can come to our home".
Cinnamon is the first bunny Kenneth held. And the reason he volunteers at Brambley Hedge Rabbit Rescue.

And here's Cinnamon's BunSpace page!
Posted by Mister Bun at 3:00 AM

No not me so I shall high tail it out of here and leave you to better hoomins than me!xx Rachel

Such a wonderfully imperious Netherland! (though, I well realize I'm being redundant here) Obviously, Kenneth did "feel lucky" the day Lord Cinnamon entered his life. Just hope his duties at the Brambley Hedge are NOT interfering with his home bun chores, lest Cinnamon ever make good on his threat!

Bun in the sun! Handsome fellow, and a fine hoomin servant!

Yes, Cinnamon is enjoying the sun in the grounds of his BunPalace!

Now where has that hoomin waiter got to with his bunana slices and Carrottinis?!

Does a bun have to do EVERYTHING bunself, if bun wants it done right?!

Oh! Oh! Fleetie, I think know the answer to that one!