Hoppy Easter, and Spring from Espresso, Charlie, and the Sarx Dragon 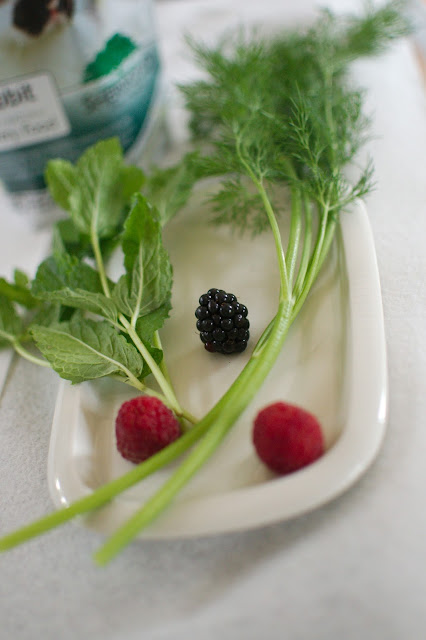 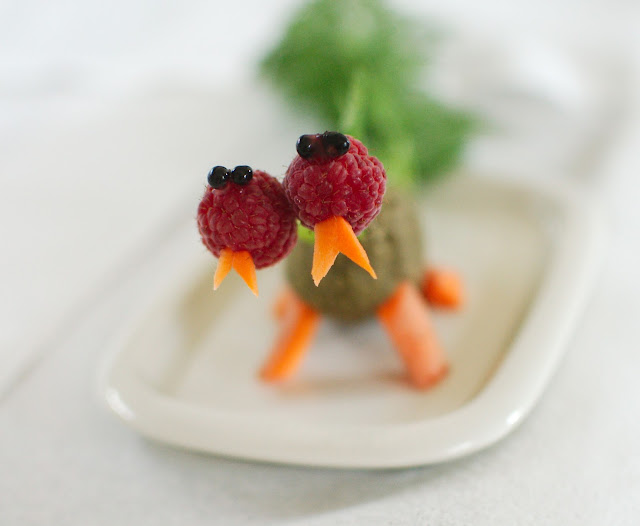 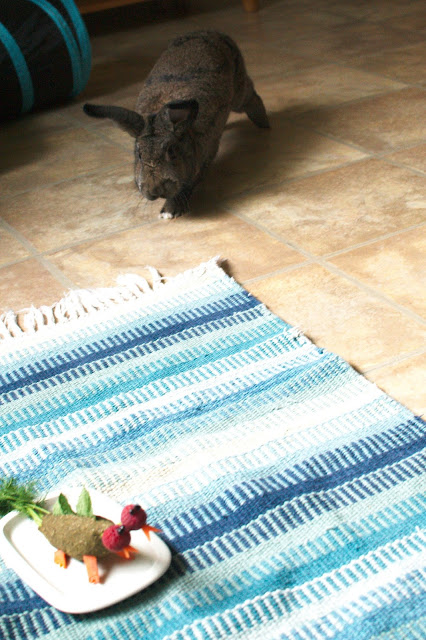 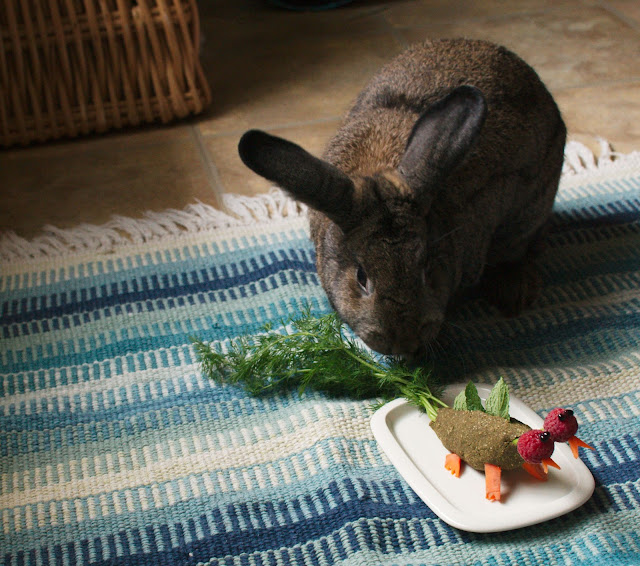 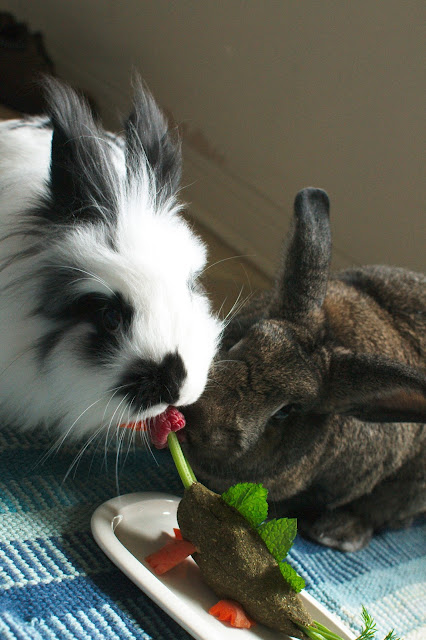 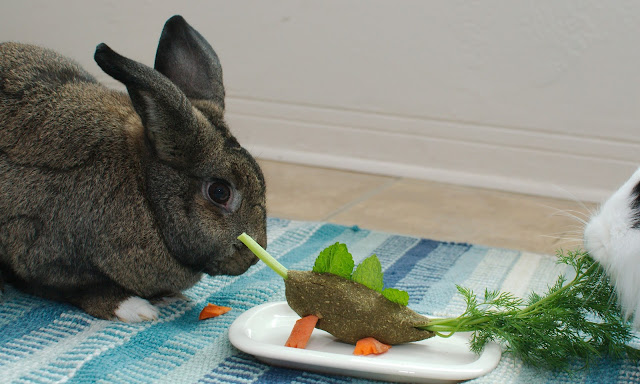 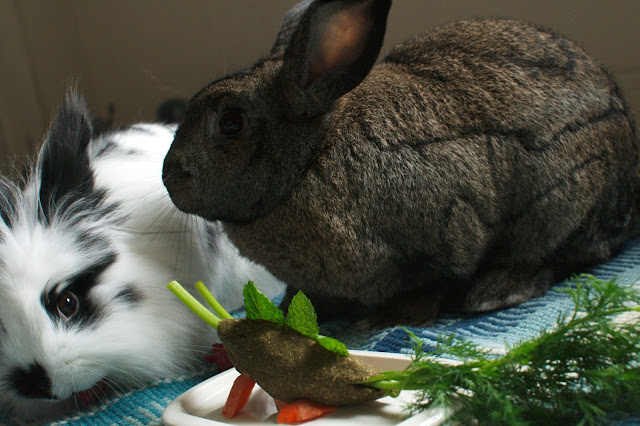 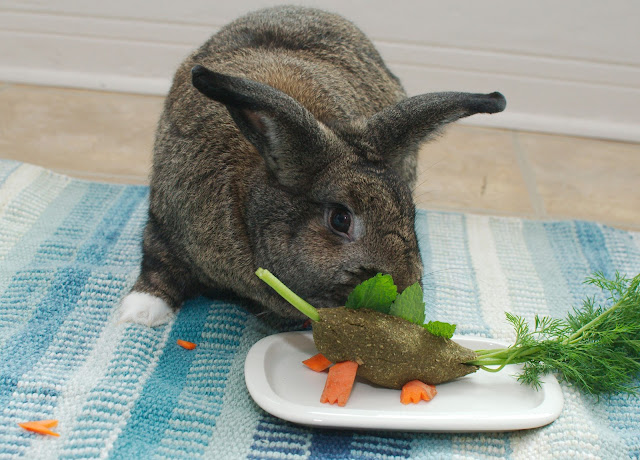 So, our hoomin delivered on his promise, and we got our Sarx Dragon. Well, the poor beast arrived during our sleepy part of the day, so we were barely interested. Don't worry; the poor thing didn't suffer. We made quick work of gulping down both of its heads. Then we left it for later. I think Charlie got one of its lets, you know, the orange carrot meat is the best.

To make Sarx Dragon, you need:

Some Sarx food (a dollop, we don't know how much that is),
2 twigs of fresh, "long stem" dill - you have to braid it
2 raspberries for the heads
Blackberry guts of the eyes,
Cawwots for the feet and tongues
Some mint for the fins (is that what those things on the back are?)

Then you need an X-acto knife and a lot of patience.  Remember, be very, very careful when you lick the X-acto blade after carving the eyes out of the blackberry. Or better yet, don't lick that blade and keep the dragon vegetarian.

The Ang  hoomin called it the "sushi roll for wabbits." Hm ...

Now it's going to be arting and chilling for the rest of the weekend. Our hoomin said we get all the headrubs we can stand.

PS: Yes, we took the Saturday shift again so the hoomin can finish the story for tomorrow. We might see you tomorrow as well, we'll play it by ear, or four ;-)
Posted by Mister Bun at 4:08 PM

Email ThisBlogThis!Share to TwitterShare to FacebookShare to Pinterest
Labels: Espresso and Charlie Update

That dragon didn't stand a chance against such a savage attack! Charlie and Espresso, you must know that you are two of the luckiest bunnies on the planet, yes? :)=
-Jen (Kohl's mom)

What a bunny slave you two have. Makes it so hard for the rest of us .. what a piece of edible art!

I am sure that they heartily approve of your handiwork!