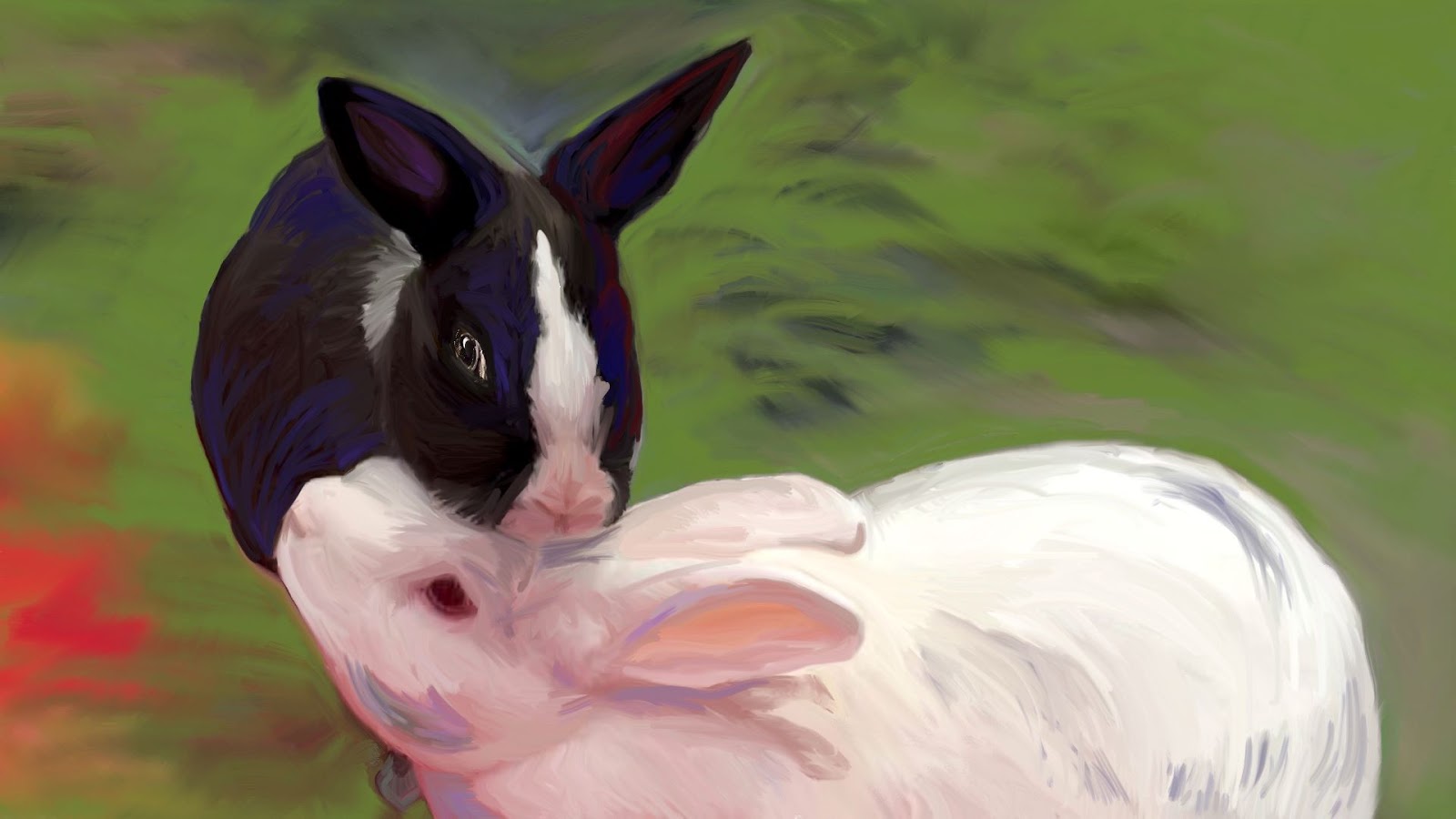 My eyes bugged out. Something almost imperceptible jarred me out of slumber, and I tried to sit up, frozen stiff with anxiety. Somehow, Abby had slipped out of her sleeping bag and was free floating in our compartment, paws stretched out, drifting toward me. I watched as she slowly closed in, her ear brushed against my eye, and her head bonked my nose. Then, Abby started floating slowly back in the other direction. Once she had gotten away far enough to clear my paws, I pulled up the communications console. There is something very unnerving in this environment about unfamiliar sensations. We were changing our trajectory, and our cargo bay was empty!

Abby
As soon as I could sneak out of the sleeping pod without disturbing Abby, I headed for the flight deck.
I became more worried. Ava and Molly were hanging onto the consoles, whispering about something. I slowly floated in next to Ava on her right.
"Sorry, Major, we didn't mean to wake you up," said Molly quietly. She continued, "We got an order to change the trajectory and do an emergency rendezvous with some disabled freighter. We still don't know why. The funny thing is the Center had not declared an emergency, but they instructed us to proceed as if they had. I had to drop the cargo. We put a couple of beacons on it, so somebun else can retrieve it later. I didn't want to wake any bunny up because we still have..." Molly paused as she tried to find the new trajectory data and the rendezvous timeline projections.
"... there; about a day and a half before we even get close to it."

Molly & Pancake
After a while, it dawned on me that it was the gentle cargo drop that had rattled me a few minutes ago because back then, it had made no sense. I knew I couldn't go back to sleep now, so I stayed with Molly and Ava. Information trickled in slowly, and only after we prodded the Center intensely. As the rest of our crew woke up and we switched shifts, the exchanges between Abby, Pancake, and the Center became very abrasive. The Center insisted that all we had to do was to change the disabled ship's trajectory to a set of new parameters and we would be done. The official reason for this maneuver stated that if the craft continued on its present course, it would collide with one of the repair hubs, and then, most likely, it would collide with Earth.
Well, of course, we wanted to be heroes. Who wouldn't want to save their grandma back on Earth from an inevitable disaster? It all sounded good until Pancake had Joey plotted that new trajectory of the drifter. Joey checked the numbers twice because they made no sense. The new path would set up the ship to burn up in the sun. If that wasn't odd enough, we plotted the craft's current trajectory and discovered that it would only slingshot around the sun and eventually leave the solar system. It would never hit the repair hub, and it would remain well clear of Earth. Mind you, we weren't supposed to make any contact with it, or board it, or try to figure out what had happened to it. The Center didn't want us to try to fire the ship's orbital maneuvering engines either. They just wanted us to bump it a little and give it more speed. 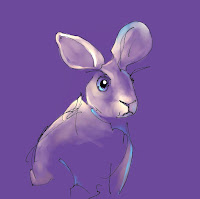 Molly, "Center said what?"
Once the stench of the situation became untenable, we got a hold of Freddie onboard the Morsel and asked him for help sorting all of it out.
Freddie came up empty-pawed. There was no trace of that ship anywhere in any of the public records. The best we could do now was to wait until we came into visual contact with the drifter. Somehow, we got caught up in discussing Freddie's upcoming art installation and other fun stuff. We killed more time prepping for a possible EBA. That was Joey's idea. In his opinion, EBAs make for a better life. If he could, Joey would do an EBA a day to keep the V.E.T. bots at bay.
When we finally established visual contact with the freighter, our anxiety over the assignment went up a notch. The thing in front of us was tumbling very slowly around all three of its axes. There was no way we could or would attempt to dock with it. We raised Freddie again and put him on the intercom. As our brainstorming session went on and on, I started to feel that fate might be playing us like a yo-yo. If we didn't care about this ship before, now we were becoming hell-bent on taking it apart, screw by screw, just because it would be almost impossible. 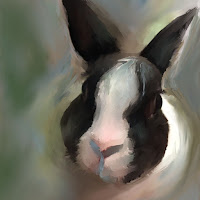 Mr. Toes
Pancake suggested that we turn one of our cutting probes into an umbilical probe. Maybe we could troubleshoot the ship's attitude control system. If we could stabilize the thing, we could probably dock with it. Molly, on the other paw, wanted to cut the ship into pieces first and then inspect every cubic centimeter of it. After all, our Buzzard was a salvage vessel, and if there's one thing we are always ready for, it is carving up things.
Credits:
- Renee: taking care of critters, photography
- Mr. Bun, Ijon Thichy The Nth: story
- Mrs. Angie: editing

Follow the Characters of X Plus Bun on FB
On Instagram @dollyalittledisabledrabbit
Visit our About X Plus Bun page to learn more about the cast members and catch up on other stories!
Posted by Mister Bun at 2:50 PM

Who is the rabbit artist? I assume it was a human, but these buns are always surprising me.

Get your popcorn ready folks - but it's a long wait until next week.