The Disapprovers - Single Stage to Orbit 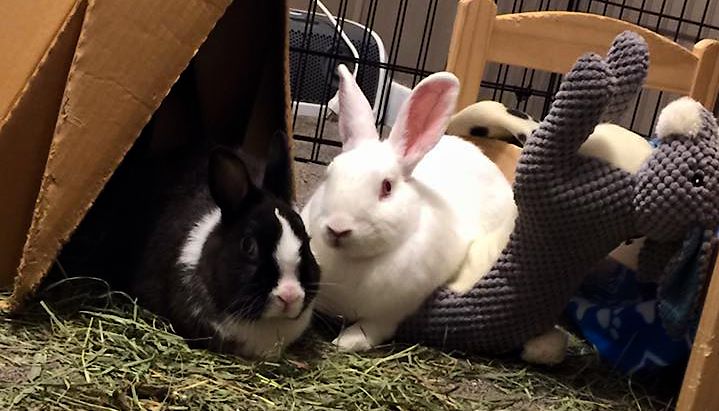 Last Week on the Disapprovers: Mr. Toes convinces Molly and Zeus to enter the mystery substance with him. Molly and Zeus experience being in two places at the same time. They establish contact with the mystery substance.
Before I could say anything, Molly floated toward me, grabbed my arm and her momentum carried us toward the exit. I felt a tug on my foot and saw Zeus holding on to me as we continued to tumble. I rolled over Molly, she came out on top again, then went under and so we went on. I tried my best to stop our motion. Every time I got a glimpse of the glowing tumbleweed, I focused on it and hoped to come to a stop. It was no use. The whole spinning mess of us fell out of the substance in the spot we entered it through. 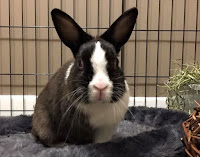 Mr. Toes
I was mad. I didn't want to leave yet. There was so much more we needed to ask and find out, and now we would have to start over. I was really worn out and felt a little sick to in gut. Not as bad as the last time I came out of it, but bad enough to be done for today. Molly and Zeus had it much worse. They were panting heavily and Zeus kept rolling slowly from side to side.
"Oh my, I'm sorry, guys!", groaned Molly. "I got overexcited and by the time I realized how fast I was floating, I couldn't stop."
"Doesn't matter now, I'm sure we'll be back. Oh good grief, somebunny stop this place from spinning!" squealed Zeus.
As soon as I could get up, I got them some water and started packing everything for the trip back to the top. I was still mad and thought, it might be most useful to work it off. So I hustled and we were on the move as soon as they got up.
We made only one stop along the way and took a closer look at the one open capsule, covered in the artery material. We passed by the other ones, all open and empty. We peeked into one. Its lining resembled the innards of a pomegranate picked clean of its seeds or the insides of a very irregular egg carton. Was it some form a body moulding
When we finally got to the open capsule, covered in artery material, we put our paws on it. Molly was right, the covering receded, exposing a dark, matt surface. There was a thin gap, running almost the entire length of the capsule. We tried to force it open, but it wouldn't move. Then, we all started feeling the sides of this container, looking for a control panel. Sure enough, we felt a bunch of dimples in the surface. They were small and regularly arranged. I was certain they were not the result of corrosion, or abrasion. I couldn't tell why they felt familiar. The funny thing was, we could hardly see them when Zeus illuminated them. Those indentations were much more pronounced to the touch. Even better, we figured out the right combination of pressing into them. We heard a soft clink come from the inside. When we tried to slide the cover open, it moved without any resistance. 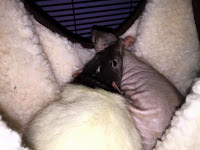 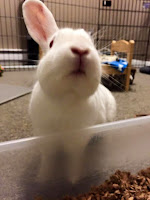 Abby
We pointed all of our lights in there, our disappointment matched only by the magnitude of what we were afraid to find. We were looking at a pile of what looked like cecotropes. Except these were the size of charcoal briquettes. Zeus and Molly had been staring at them. Now the strange lining of the capsules made sense. It had to be moulding.
Molly got out her SwissBunny knife and tried to pry one off of the cells. It came off easily and exposed a clump of dried tendrils. She pulled on it and they separated from the rest of the shape. The bottom of the capsule looked as if it was filled with something long ago dried and congealed for a very long time. I reached out and touched it. It was very smooth and brittle when I put the slightest pressure on it. My mood
"Did you get all that, Frankie?", asked Zeus over the radio, so softly we could barely hear him.
"Got it.", whispered Frankie.
We closed the cover as quietly and as tightly as we could.
The remainder of our return to the top was very quiet. Nobunny said a word. Our only anchor to reality was the quiet, steady hum of the electric motors powering our roll boards. We decided to leave them in the tunnel, between its opening and the artery. We removed their batteries to be recharged for later use. 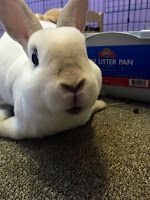 Abby
Zeus got another ride on the back of Bruno and we had made it back home just fine. Hoomins didn't come back until late that evening and went to bed right away.
We started the night with Zeus drawing out a schematic of the wreckage we had traversed. The sketch was based on the mental images we got while in the midst of the "glow soup". Abby and Suzy were in total disbelief, but Molly and I thought he got it just right. The drawing matched exactly the images engrained in our memories. Especially the parts we had not seen in person. Did we recognize them because the "blob" shared the imagery with us? We were looking at a craft of extraterrestrial origin that came to rest after some very violent event. 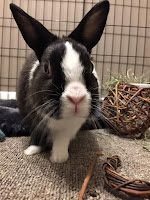 Mr. Toes
Zeus saved the drawing as a "CAD Homework 1". He did not encrypt it. If any hoomin saw it, he or she would think some kid had an overactive imagination. We remained quiet for a long time until Suzy broke the silence.
"Look at how wide it is at the bottom. It's a bottom, isn't it? It reminds me of the 'single state to orbit' vehicle prototypes NASA had contractors build. You know, they were looking for something that could replace the shuttle. They could never make them work though. Their fuel tanks were cracking. These fellers here, pulled it off. So, does it make it a really advanced design or a really old one? I mean, that stuff has to be literally as old as dirt. How old do you think your mineral samples are, Zeus?"
"I don't know, I'm hoping to put them in the mail tomorrow morning."
We went quiet again.
Credits:
- Renee: taking care of critters, photography
- Mr. Bun, Ijon Thichy The Nth: story
- Mrs. Angie: editing

Follow Suzy, Molly, Abby, Mr. Toes, Frankie, Freddie, Mila, Izzie, Zeus and Bruno on FB
On Instagram @dollyalittledisabledrabbit
Visit our About the Disapprovers page to learn more about the cast members and catch up on older episodes!
Posted by Mister Bun at 6:34 AM