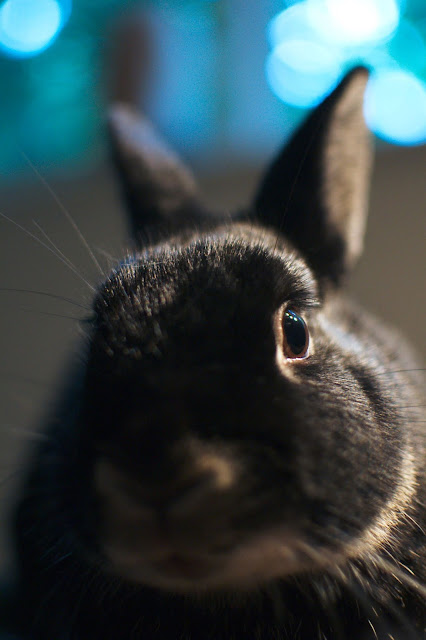 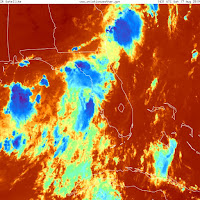 Slow and steady. Slow and steady rain we're talking about. That's what we had all week, and it's still raining. The soggy feeling our hoomin has is that this might be the new normal — a regular monsoon season instead of the customary afternoon showers and thunderstorms. As if Mr. Rabbits' Guy tried to claim the old La Florida for the Northern Territories. That would be a step up.

The big, blue blob over north-central Florida finally got marked as having a ten percent chance of becoming something in the next forty-eight hours. We'll see about that I guess.

All in all, it's a nice break from the heat. Dinner salaaaad taste extra groovy and yammeh, especially the chunks of pineapple.

Don't go a'blaming me! For the past month - and next - we here in the Pac NW corner are dry, sunny, and warm! Our turn comes in early November and lasts until mid-May!!!

Gus, does pineapple grow in Forida? Will a long rainy season help? Go EW! And I don't mean Easter Wabbit.

... yes, they do! One time, we tossed the top part of a pineapple in the backyard and it took root :-)

... nooooo, no blaming ;-) More like thinking wishfully about the annex <3