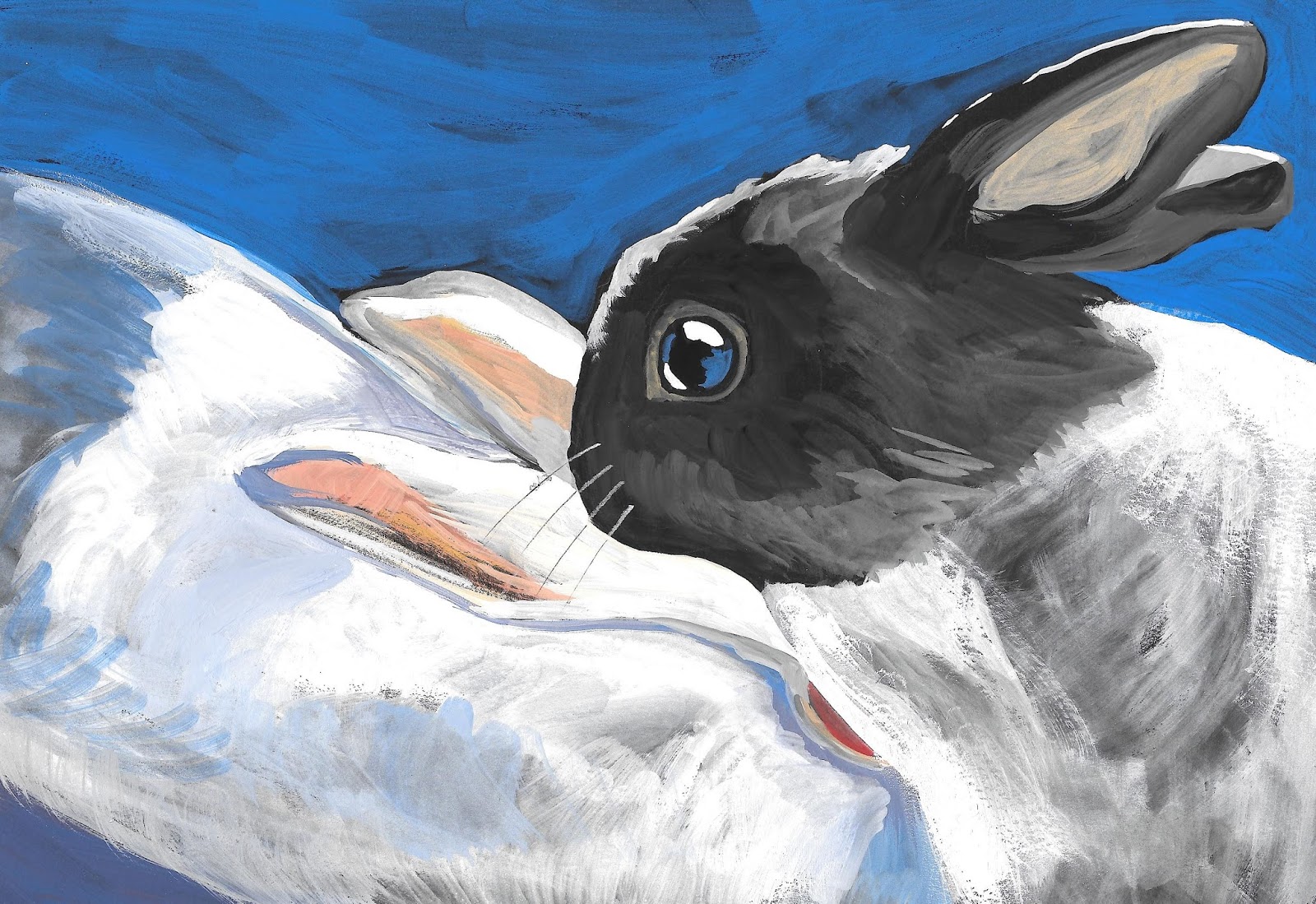 As I was leaving for the astro-bubble, Hopper and Mel got on with the regular maintenance chores. We hadn't left yet, but I was already starting to miss our little craft—our home away from home. We would have to leave it behind. We couldn't take it in tow or dock it with the Behemoth. Settling down for another prolonged star-gazing meditation, I thought that maybe I was too quick to condemn our bunkind. Maybe it's not my job to try to save them from my hypothetical calamities. Maybe this is just another teachable moment for all of us, and one way or another, we will all be better for it on the other side. 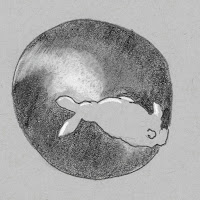 Mr. Toes
I grabbed a paw-rail in the astro-bubble, steadied myself and looked at the stars as my thoughts bustled. I've been so worried about all the awful things that could happen to my crew that I didn't notice I might have been succumbing to paranoia. That's as lethal as a high concentration of carbon monoxide. We have sensors for that, but somebun has yet to discover an RPM gauge for the drama that can spin up in a bun's head.
On orbit, we don't have much to slow down our noggins. Back at the base, one could sneak out for a catnip stogie and a carrotini, but here, a bun has to make do with a deep breath. I make do with the view.
When I spiral out into a philosophical bender, I start to question everything and everybun around me. The stars guide me back to center.

Mr. Toes, Hopper and Mel
Sometimes my drama behaves as if it possesses physical qualities. It takes on mass and starts to bend reality around it until nothing is recognizable anymore. It becomes so real that I can almost touch it. It swirls faster and faster, feeds on itself, and spins so fast it becomes rigid. It behaves like a gyro, and everything starts to turn around it. Sound judgment boils off and evaporates, and your brain bearings cease completely. It cooks your noodle and turns it into glue.
I waited for my favorite nebula to come into view.
Finally, I let myself think about Abby. Until now, I did my best to pretend I was fine with never seeing her again. It's how the biscuit crumbles. The rules dictate that you either accept the risks when you sign up for this job or you stay home. Still, that's nothing but a bun-made construct, and it will never change how I feel about Abby. How did she and the others cope with our disappearance? Did they have a funeral for us? How much time has elapsed on their clocks? What if my worst fears come true and we do get locked up in a lab? Will she wish I had never returned? I'm not sure which is worse—being gone or being stuck somewhere with a glass pane between me and Abby, where no bun can do anything for the other.
"Hopper, Mel, any ideas on that 'dead-bun switch'?" I said, trying to come back to the moment.
"A couple, Major,” responded Hopper. “We'll come up there in a minute. Want anything to drink, Toes?" Hopper and Mel popped their heads into the bubble directly. Mel handed me a sippy bag.
"You know, Major," started Mel, "our options are a bit limited. We could hide the remaining vessels from the Behemoth in the Saturn rings and have them start broadcasting an SOS signal or a message. You know, just to tell our side of the story. To program the pods for some kind of automated rescue mission would be too risky. I would say we have almost zero chance of that succeeding. Somebun on the ground would have to get involved to make it work, and we simply shouldn't count on that." 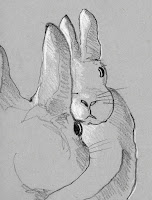 Mr. Toes and Mel
Mel was right, of course. Where would we go after such a rescue? Back here? In a sense, we had already been rescued from bunkind. "I figured as much, Mel. Let's keep our ears up, though. Especially tomorrow, going back into the Behemoth when we get ready for the return trip," I said.
"Of course, Major," said Hopper.
We spent some time in the bubble without saying anything. I felt my mood starting to change from hesitation and confusion to the old and tried "let's work the problem" attitude. We had a lot left to do.

Hopper and Mel
Once we came back to the flight deck, we discussed what to do with our little training craft. Mel thought it would be a good idea to send it off and hide it around Saturn and make it a part of the SOS broadcast scheme. If any of the craft survive long enough, they will start broadcasting on all the available wavelengths unless they receive our "turn it off" signal. At least we will not be silenced.
Hopper suggested parking one of the pods somewhere on Earth, but that seemed too risky, and chances were we would simply lose it. Who knows if it would survive and be flight-worthy after all those millions of years waiting for us. One of those pods was already down there. Where could we hide another one so it wouldn't become buried in a coal deposit or get wedged between tectonic plates at the bottom of an ocean? Even if we could park it somewhere that will remain flat in the future; it will get buried under dirt and rocks as a result of the ice ages yet to come.

Mr. Toes
We spent the rest of your day working on the numbers for our craft's Saturn orbit injection burn. We saved the last chore for the next day. We would have to get our suits ready for an extended EBA. We had to improvise an auxiliary extended life support system. What if our "return" didn’t work? What if we found ourselves in a wrong space-time location? Where would we go from there, and how much time would we have? Could we return here? I smelled another sleepless night ahead of us.
Credits:
- Renee: taking care of critters, photography
- Mr. Bun, Ijon Thichy The Nth: story
- Mrs. Angie: editing