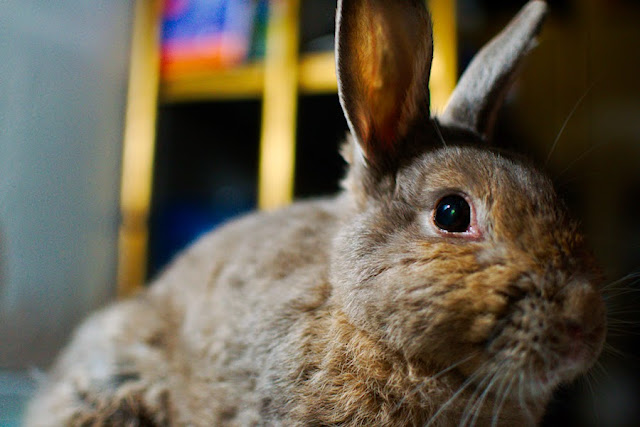 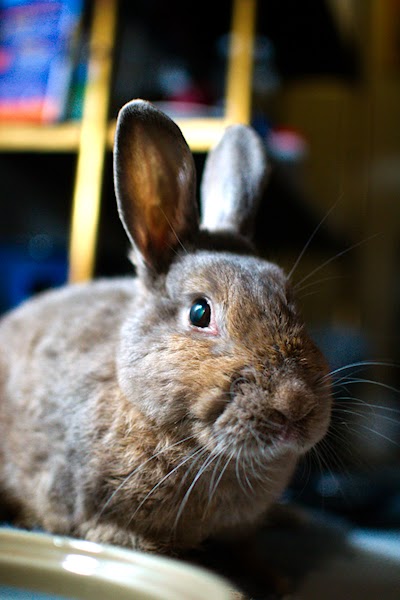 Greetings To Everybunny And A Safe And Happy Memorial Day!

We're taking it day by day on the scald front. Hoomin got me every cream he could.

Some spots improved, some... hard to tell. Not getting worse anyway. But not getting worse is not exactly the same as getting better. That is driving my hoomin completely bonkers. Perhaps bunny servants can appreciate that.

He got me a wool blanket, ready to chop it up into sections to put them on top of my soft pads. Before taking the scissors to it, he did a little experiment. Took an eyedropper and squeezed out few drops of water to see hot the wool would wick it away. Hm...., the water droplets stayed on top of it and looked  like they were never going to be absorbed. Interesting. So we have a nice 100% blanket and relatives in colder parts of the country. It's starting to smell like a present, doesn't it ;-)

I've been getting my duff powdered with pure corn starch too. Maybe it's helping.
We're still waiting for the Zymox shampoo to arrive. And we're keeping on, we're keeping on.

Well, It's time for head rubs, so we'll catch you later.

it will get better,oh had an idea I have seen door mats that are made of rubber with a pattern pieced through could that be placed over the pads then it will keep you off the wet pads with out you getting hurt,I see if I can find a picture,xx Rachel

What a long hard road there. Stay with it. They give the tough jobs to the tough ones!

Going from Speedy and Rachel's note ... Rabbit cages (shudder) have wire mesh floors with litter below that. Sometimes a board for the bunny to sit on some. Maybe there is some kind of wire mesh that has quite thick soft plastic coating so it would not hurt the feetsies but could be above the litter?

Maybe there is room for some sort of "Invention" here? It could be called "Mr. Bun Flooring"!

Aw, dang; shame about the wool blanket, but perhaps it will make a nice gift :) I'm sure you will find something that works, and when you do, ditto what RG said, it should be named Mr. Bun Flooring :)=
-Jen (Kohl's mom)

Bunny people are so resourceful. It really makes my happy. Mr. Bunn, we had a bunny who had a back leg removed because of a bad break that wouldn't heal. Our bunny specialist vet removed the leg and I am told she did really well, that it was no problem. She had been adopted so I didn't get to spend time with her myself, but I was told she had a wonderful quality of life. Sorry, but I just thought I had to share that. I am so sorry about your human going bonkers. All I can say is we have all been there and feel for him. Everybody stay resourceful and get better. Please.

There are some suggestions on this site: http://www.disabledrabbits.com/bedding.html (and sorry if it's redundant, been off-line for a while). We used the Pet Palace with great success with our beloved Salvadore - though do note the comments about it on the aforementioned page. Still disapproving of your problems, good sir!

I forget--did you try diapers/wee wee pads already? When I think of absorbent, I think diaper. Babies don't even feel wet anymore because their diapers work so well. No diaper rash=no bun rash?