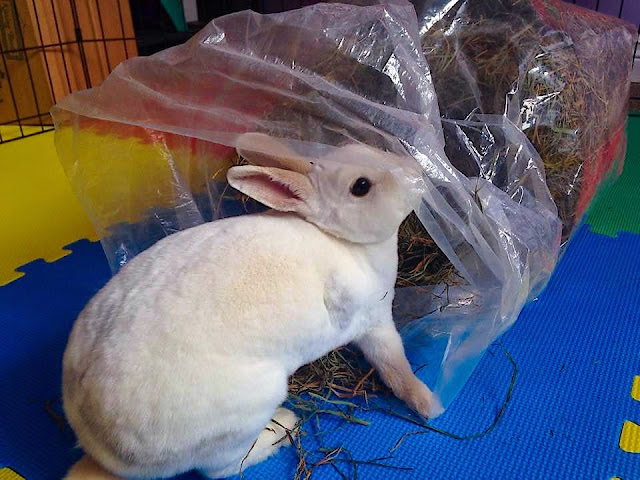 Wow! It's here, they got it through. I told Cleo and Mr. Toes it wouldn't work, I guess I was wrong. ... and it even looks like an ordinary bag of hay. 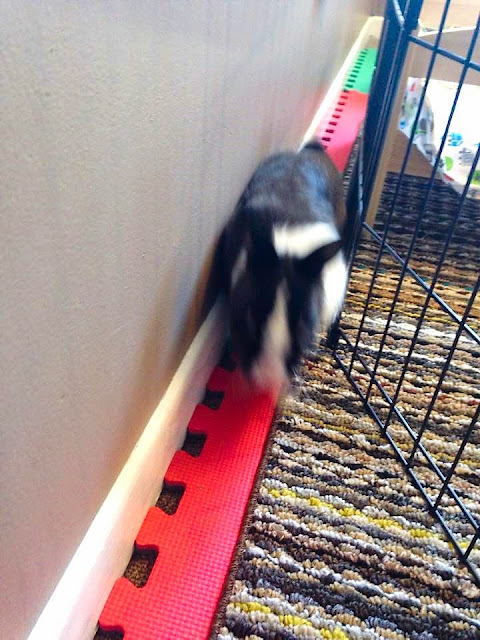 As soon as I heard it was here, I had to let Cleo know. 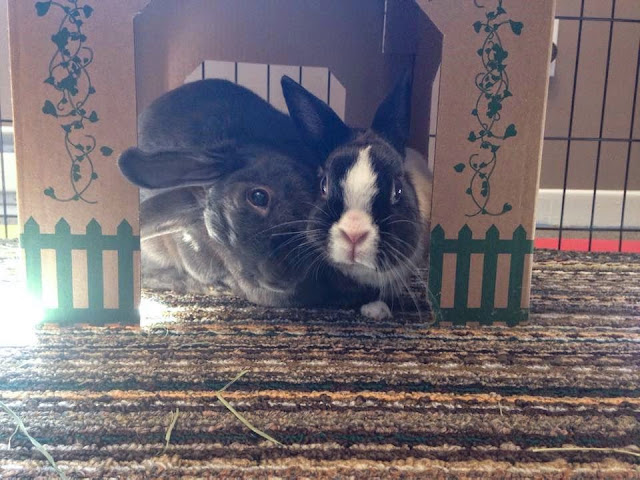 We met at the old kissin' booth without being followed. Except for you that is.
But you know what's good for you, don't you? 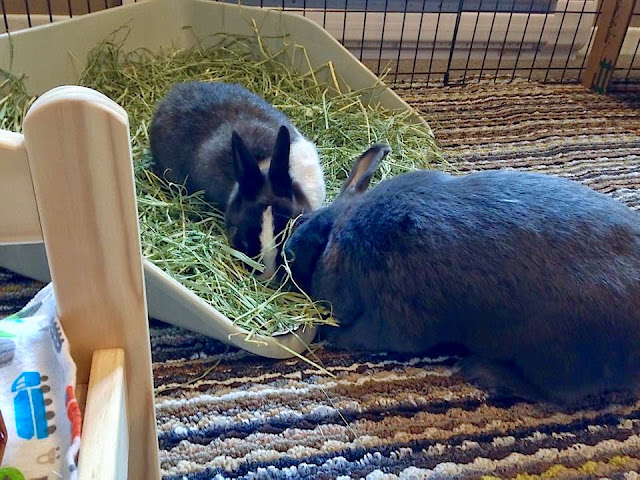 Of course we put on a show sniffing and noming the hay. We had to. Now we were being watched so we had to make it look like we're just interested in turning fresh hay into fresh pellets. Hoomins love that stuff. It puts them in such a relaxed frame of mind that after a while we're left to our own devices again. 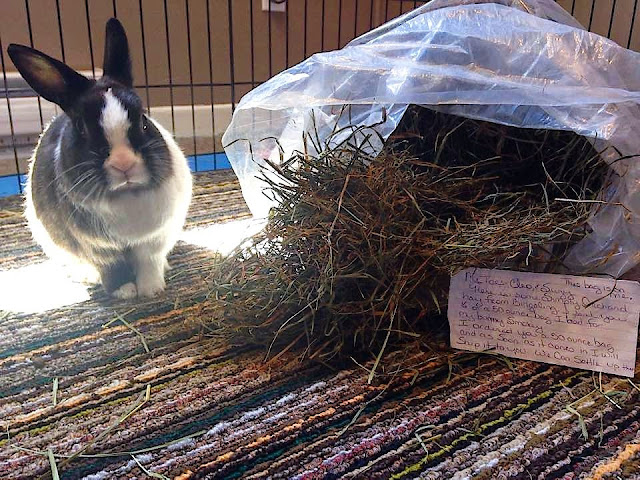 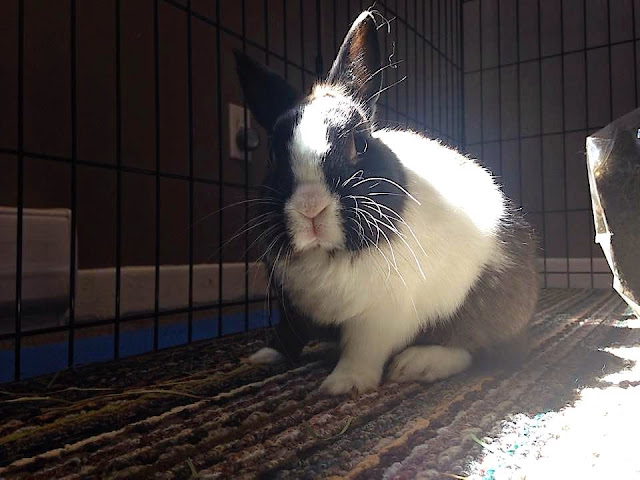 You see, sometimes the less you know the better. Better for you any way. Trust me.

Quite right Mr Toes,thats why I don't ask SPeedy to many question,xx Rachel

Well I sure don't know anything. My lips are sealed.

Just keep turning that fresh hay into fresh pellets. It really is all we ask, the fulfillment of all the deepest longings of our hearts.