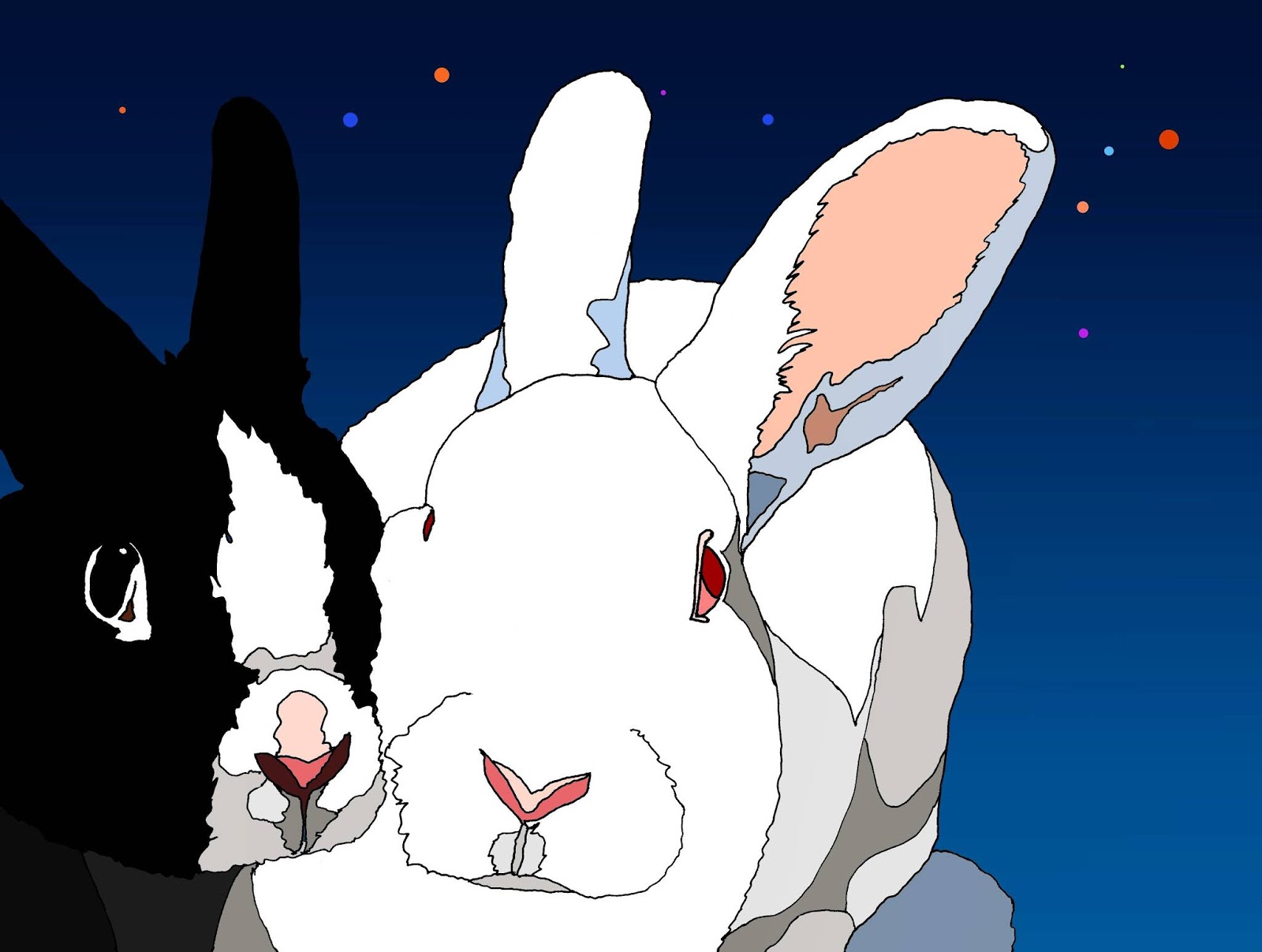 Author's Note: During the last episode, Zoomer and Mr. Toes commenced their deorbit journey. Mr. Toes made a last-second effort to challenge and test Zoomer by simulating a life-threating malfunction. He then added a simulation of inclement weather at their predicted landing site and forced Zoomer to correct their trajectory during reentry. They will be landing outside the zone where recovery teams usually operate. Dear reader, it turns out that "Searex" is a name of an IMAX movie. Hence, we thought it would be prudent to change the name of the amphibian airplane in our story to AquaRex.
Abby listened to all the chatter between our capsule and the Center, starting from our countdown to liftoff. She paid very close attention since we could not separate from the booster after our docking exercise. Abby and the rest of the Buzzard crew were at the Mybanana Islands on a special assignment at the hydroponic labs. She was helping at a summer camp where bunletts could get extra credits in the earth sciences. To Abby and the others, it was a vacation even though it kept everybunny busy. Somehow, she managed to keep track of our developments and watch how the little ones tended to the sea carrots. The little campers hated the warm, salty water; they hated water - period, but they needed to learn how to handle it. It came with the territory of becoming a bunstronaut. When working underwater, they had their first exposure to a somewhat weightless and hostile environment. Once they build up some confidence, the exercise became more fun than work. Pancake watched over them when Abby couldn't. Joey always preferred to be as far away from the water as he could. He preferred the kitchen and fire. It was easier to keep his stogies lit that way. To be fair, he always did his best to keep the ashes out of the pots and pans. Molly, Penny, and Ava also helped to chaperone the bunletts. They loved the bunletts, and it was a welcomed change of pace. The bunletts were eager to soak up everything they could from the seasoned bunstronauts. Old stories filled the evenings and not a drop of memories went to waste in the sand. 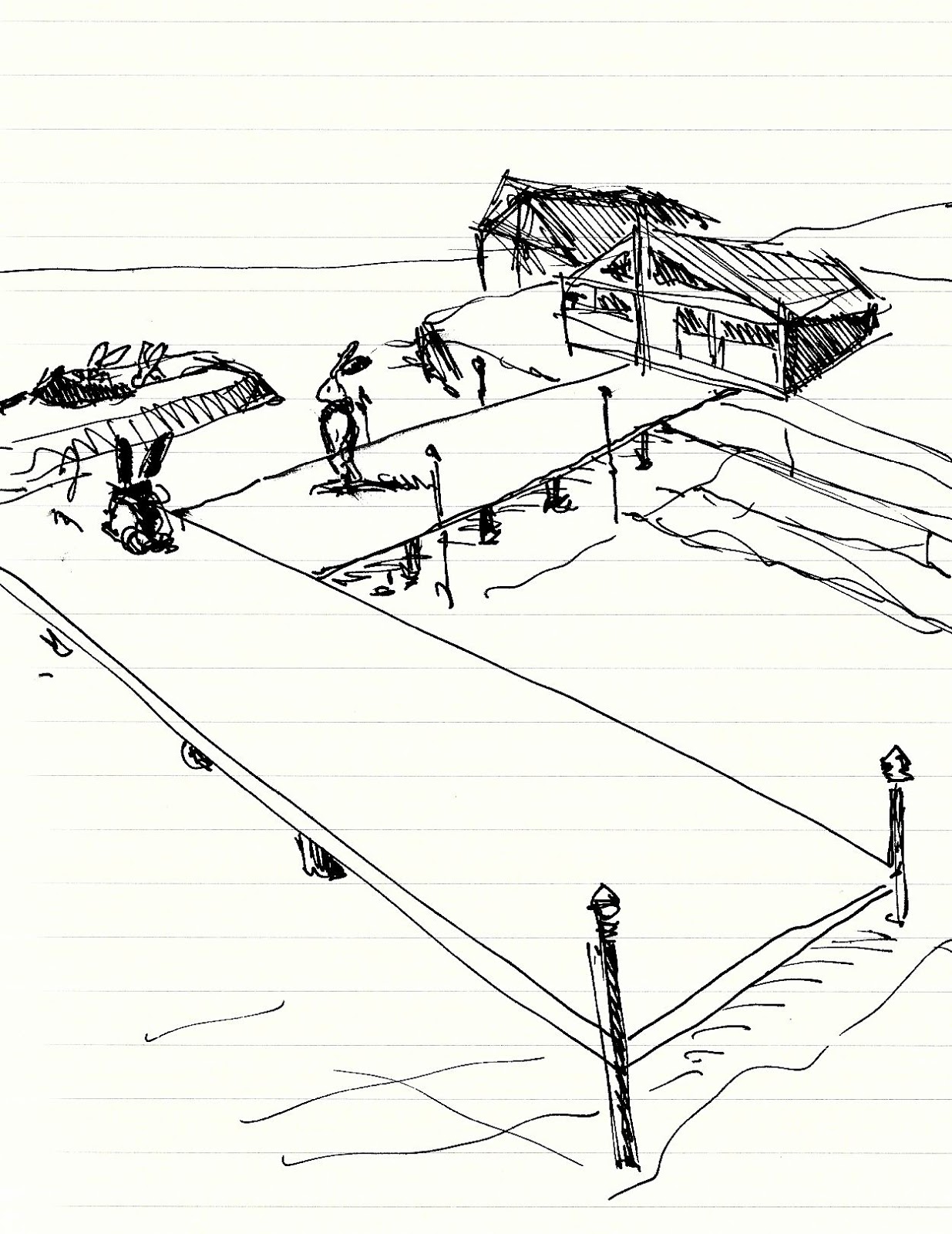 At the camp - study 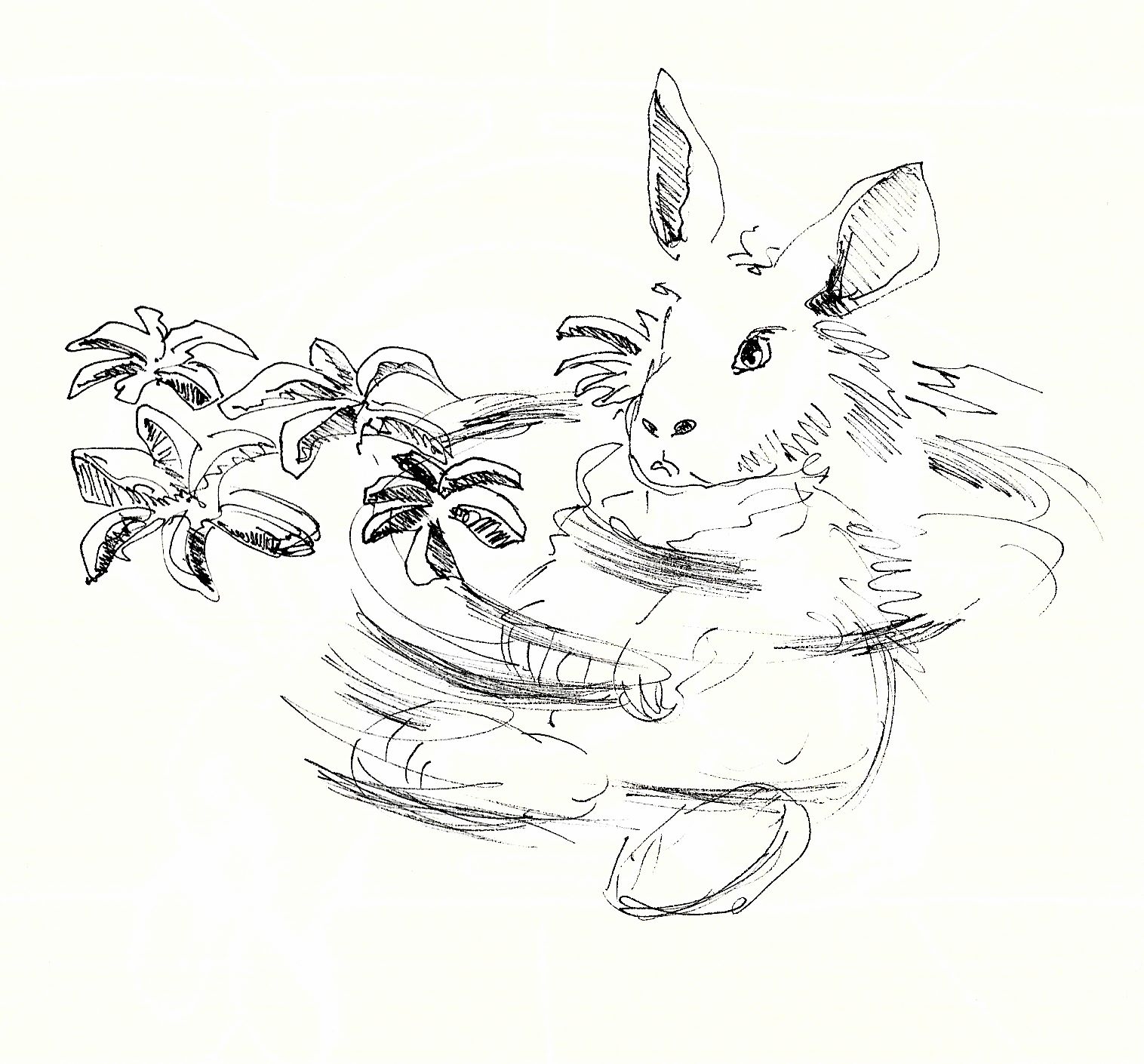 No bun likes the water
Maybe it was a pure coincidence or a finely tuned instinct that made Abby pause when Jackie, a shy and most water-averse bunlett, once more refused to suit up and work in the sea bog. Abby asked her to help Penny and Molly configure the catamaran for sea rescue.
"Do I have to talk to the otters?" asked Jackie.
"No, you don't. They probably know what's going on. I'll talk to them," said Abby. Otters were officially in charge of all the maritime operations. They swam with the bunletts in the sea bogs and crewed all the seagoing vessels.
Jackie helped them load extra fuel cells and supplies. She checked and updated the navigation and guidance systems. Abby wanted everybun to be able to make flight status at some point, but she wasn't sure if this was for Jackie. She didn't see how Jackie could compensate for such a strong aversion to anything related to water.
Everybunny on the ground perked up some more when Zoomer announced that we needed help from the cutter probe. One night, Abby and Pancake discussed what would happen if Zoomer and I landed close to their island. They considered our orbital path and concluded that at least in theory, we could make a splashdown nearby. Everybunny forgot about us the next day and went back to watching the bunletts watch the different samplings of the sea carrots. 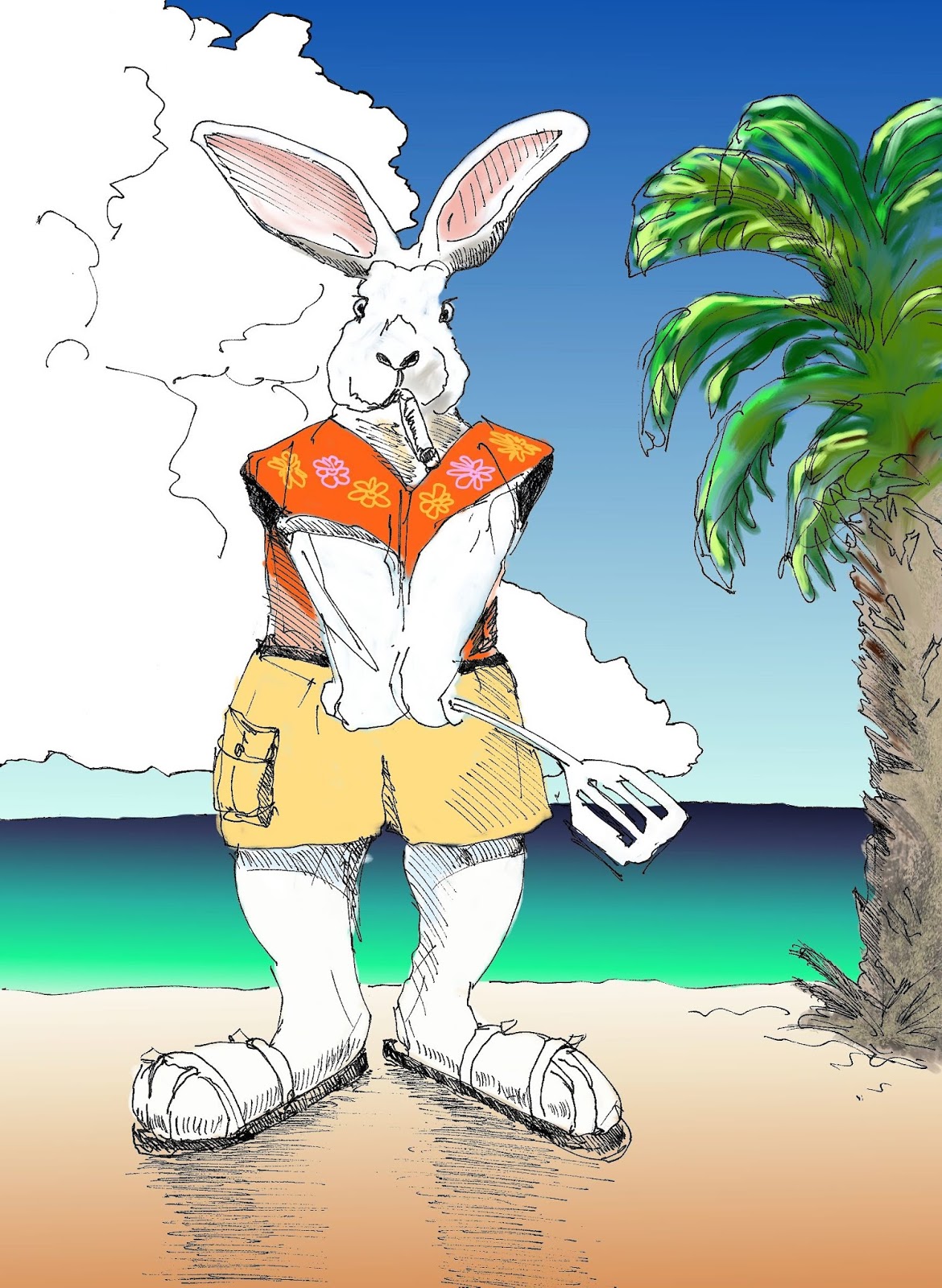 Joey
Abby and Pancake happened to listen to us when the cutter probe arrived. She heard me throw the emergencies at Zoomer. It didn't take long for Pancake to realize we would be coming down in a hurry.
The bunletts were just cleaning themselves and getting dry after the day's work when Abby ran up to them holding two life jackets and tried to say, "I need two volunteers to go on a live rescue. That's a live ..." but she didn't finish. Jackie lunged at her and grabbed one of the life jackets. Abby tried again. "OK, I need one more vol..." This time she got tackled by the rest of the little warren that twisted itself into a knot around the second life preserver. Pancake untangled them from Abby and found little Gus, with his eyes shut and jaw clenched, clutching the vest with all four paws. 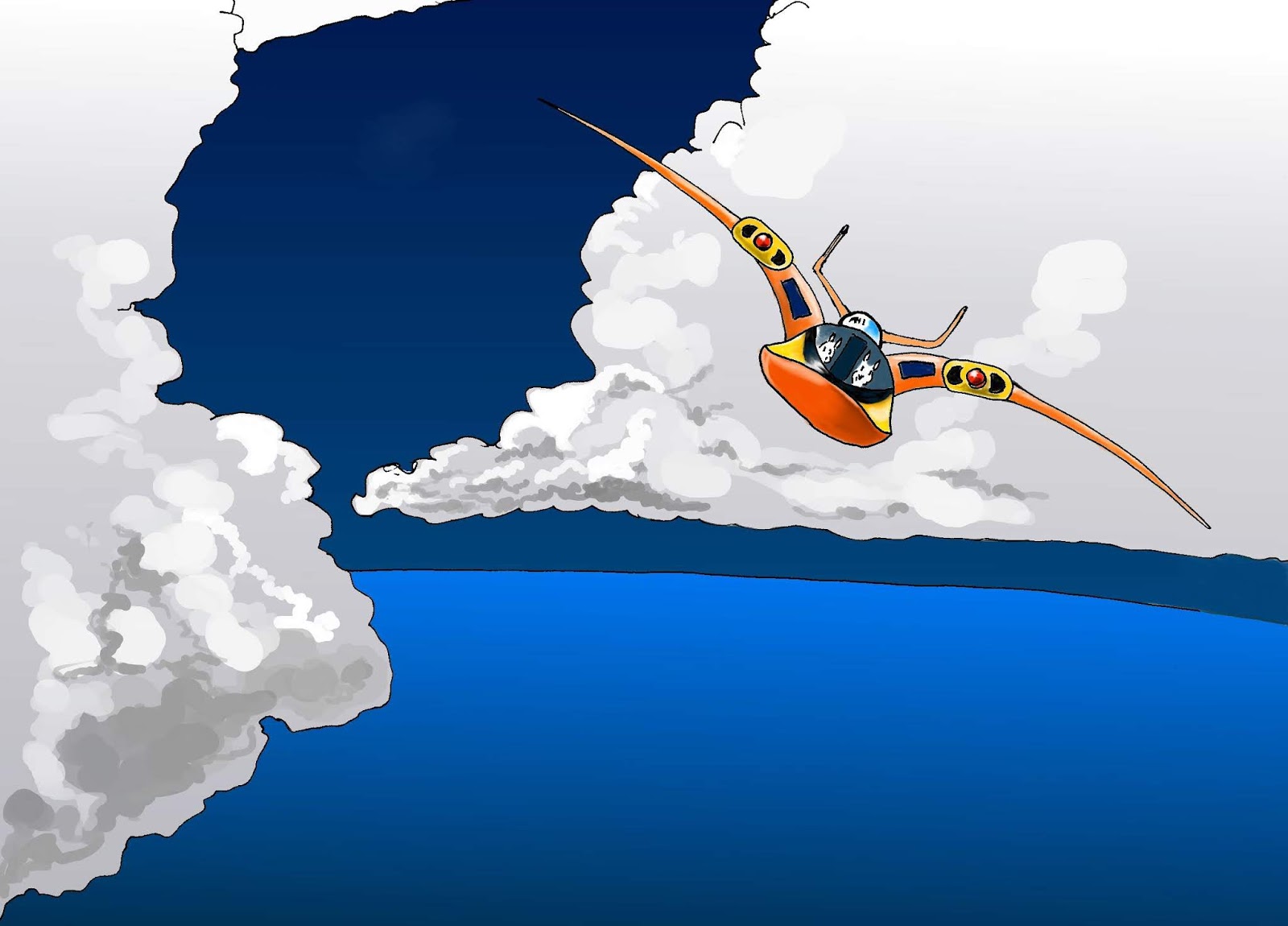 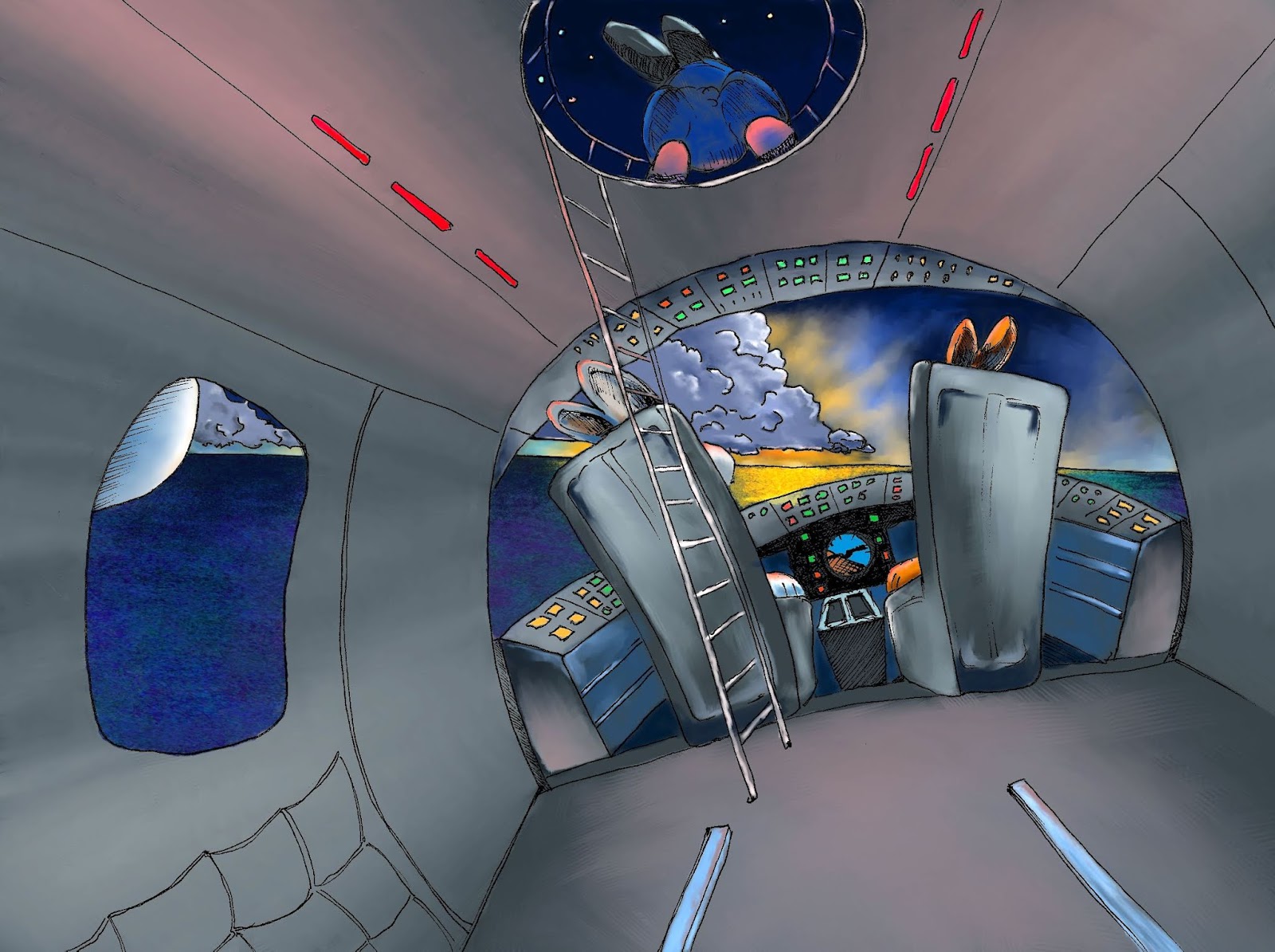 AquaRex turning on course
"Well, then, follow Pancake and Molly; we'll be leaving in a minute!" announced Abby. She was stunned by what Jackie had done. That was the one thing Abby would have never predicted.
Joey watched the little maelstrom with his mouf hanging open and almost lost his stogie. He looked like the prototypical tourist in his flower shirt, tattered cargo shorts, flip-flops, and a spatula in his paw. He turned around and called Ava and Penny. They worked on getting Abby the exact location of our landing. Pancake brought out the WaveHopper, a catamaran, from its shelter and helped everybun board the ship in record time. Once they left the dock, she handed the wheel to Jackie. "Here, keep her on a heading of One Six Zero for now." She tethered the bunlett to a paw rail. Jackie jumped and thumped for a while before she settled down to steer the ship. Jackie seemed taller now, determined to steer the ship right through the squall of her doubts. Over the intercom, they heard little Gus talking to Joey and getting the exact numbers ready for the rendezvous with our Red Hop capsule. 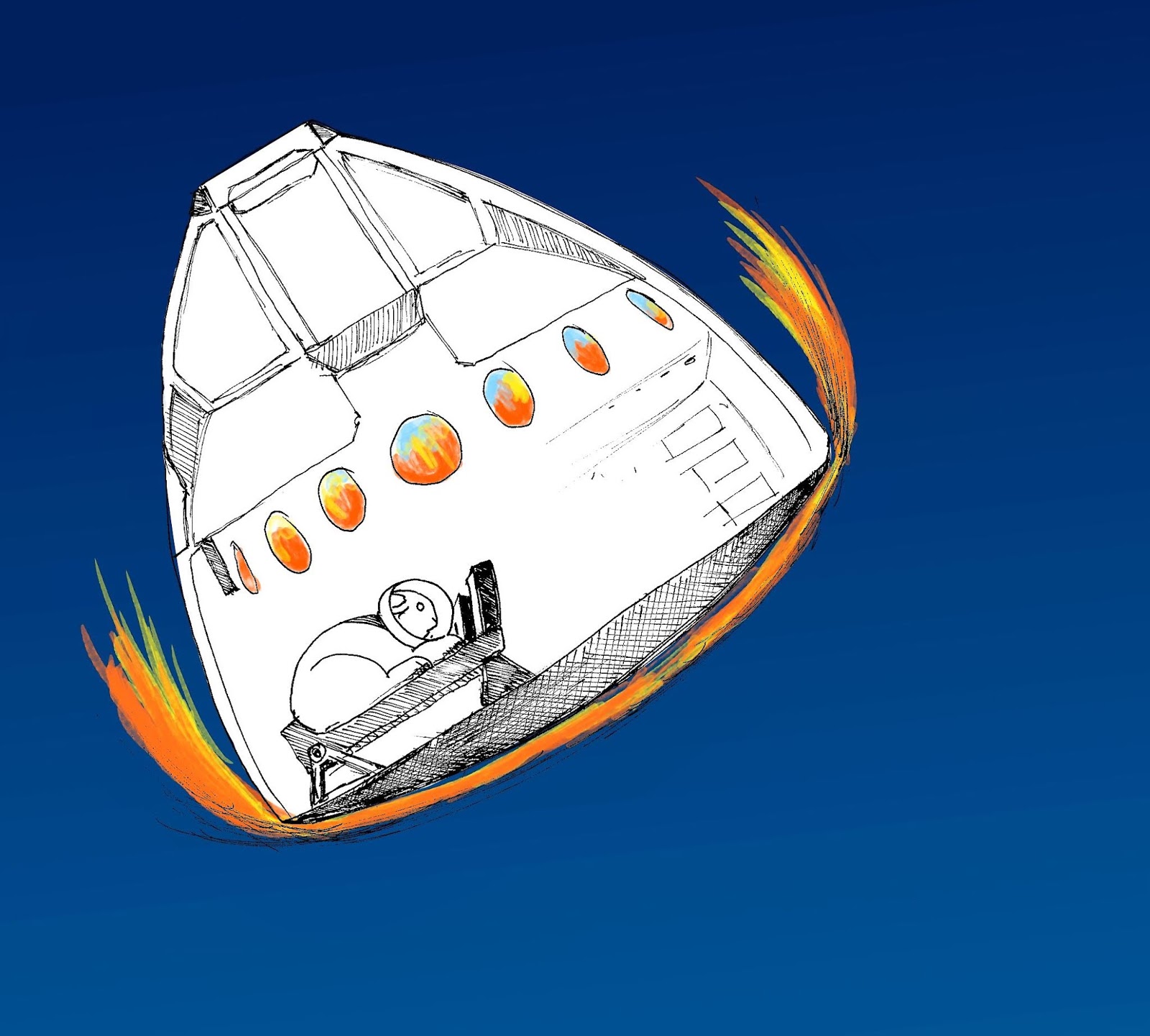 Zoomer and Mr. Toes
There was not much left to do for Zoomer and me. The ride became rough. I couldn't hear the plasma raging all around our capsule, but I could feel it in my bones as they rattled and telegraphed the sensations to my ears. My flesh contemplated again puddling at the bottom of my suit. For posterity's sake, Zoomer called out the pre-landing checklist again. Electrical power was on, radio transmitters were tuned and on, and the parachutes were armed. The capsule had three of these. One would get us home, and three would make the landing soft. As long as the cutter probe didn't damage them, we would be fine. This moment of truth never gets old and never becomes routine. We would be fine. You always have to think that.
We could deploy the chutes manually if we had to, so we had to be ready. In the meantime, we waited for the communications blackout to end. We minded the altimeter once the ride smoothed out and we knew then that we had beaten that plasma again. Only those who had survived a ride like this before appreciated the excitement of waiting still. On the ground, the ones who had lost somebun during reentry were chomping at the bit too. In their guts, we were beating the plasma for them, and avenging their loved ones. They cried for us because we were coming home. But it was only us coming home that day. 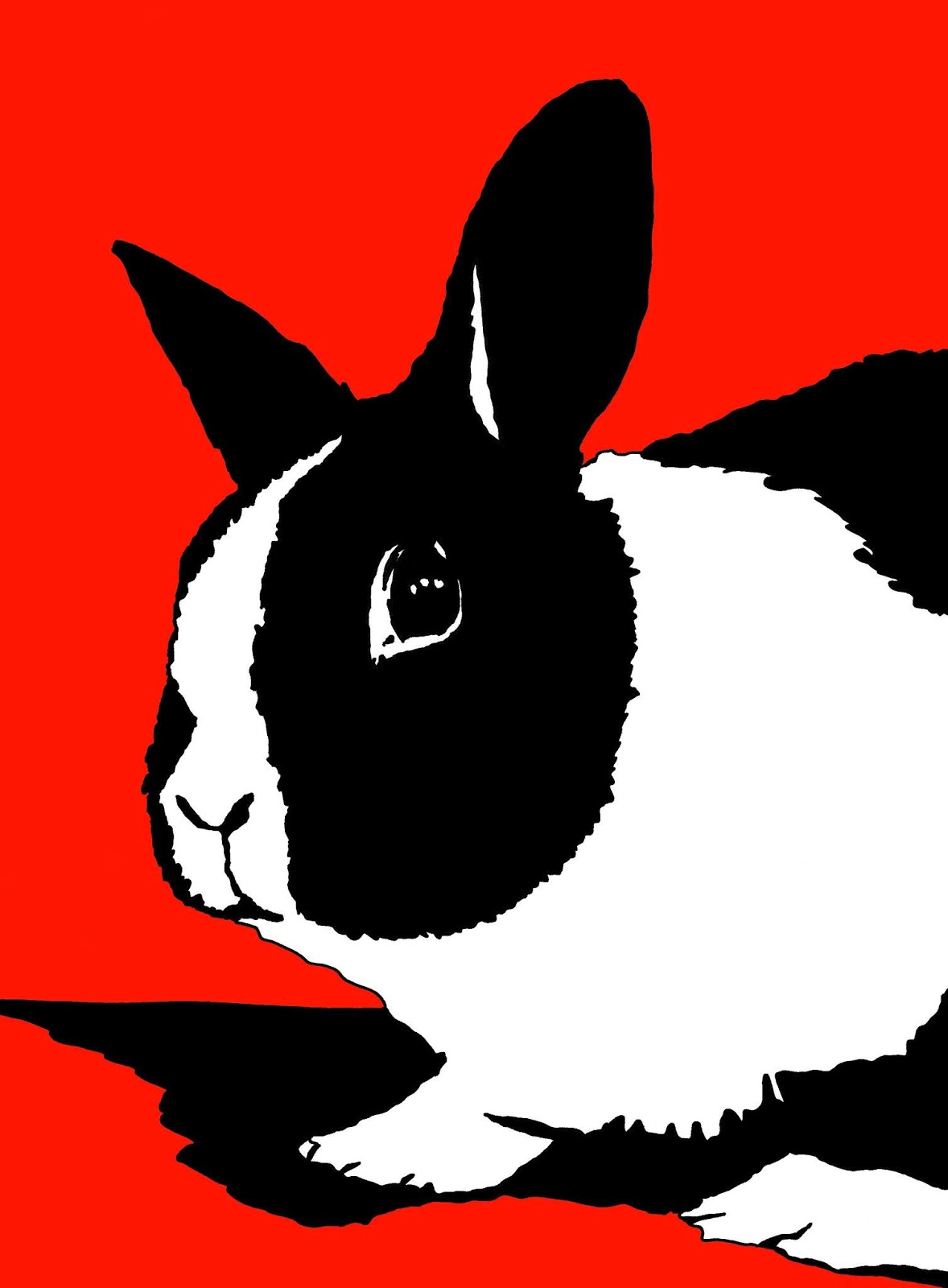 Mr. Toes
As soon as we could, we vented out the unused maneuvering fuel. Zoomer had her paw on the manual parachute deploy switch and called out, "Three seconds to chutes!" Three seconds later three dull bangs reverberated through the ship as the deployment sequence started for all three chutes.
A welcomed sound broke the tension, "Red Hop One, this is AquaRex, how do you read? Over."
"Loud and clear!" exclaimed Zoomer.
"Red Hop, you're looking good! We have you on the scope!" announced a young voice from the AquaRex transport. It all sounded great, and we were in good shape. I was still waiting to hear one more voice.
Credits:
- Renee: taking care of critters, photography
- Mr. Bun, Ijon Thichy The Nth: story, illustration
- Mrs. Angie: editing