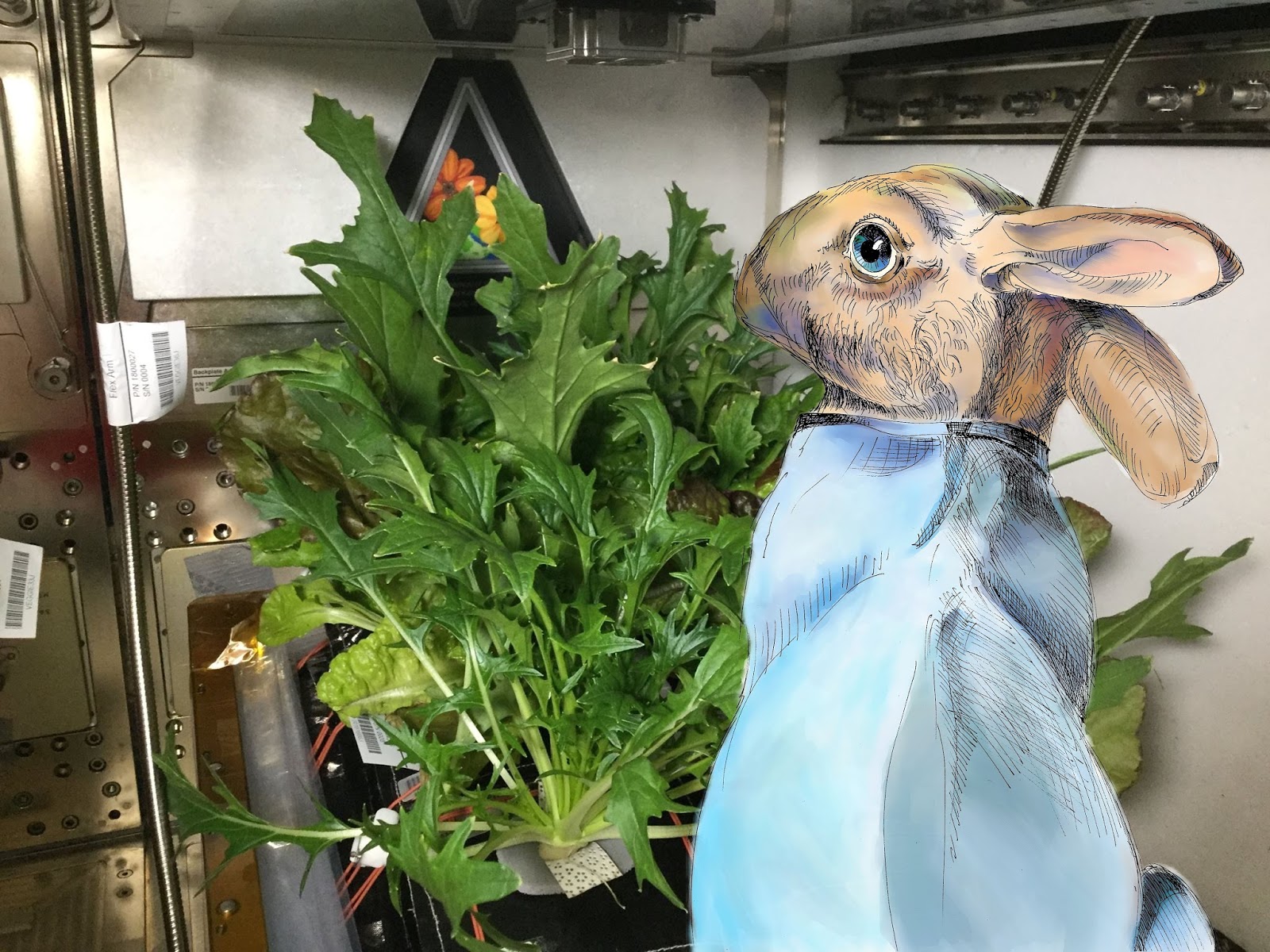 Greetings, Everybunny!
Tuesday night, we decided to rewrite the opening paragraph of the episode scheduled for today, and all was going well at first. The rewrite started innocently enough, but six pages of longhand later, we began to suspect that we had a whole new episode on our paws. Well, such are the tangled webs down the bunny holes.
Of course, you might be wondering where this story is heading. Sometimes, we wonder that ourselves. It started out as a three, maybe five-part production, and now, we are cleaning up episode thirteen and counting.
Remember poor Zoomer? Mr. Toes wanted to tell her a little story, not a saga. Poor Zoomer—she has probably fallen asleep by now, and Mr. Toes doesn't even realize it. He'll go on and on like this and won't get any sleep before the difficult day arrives.
Well, we will be back on track next week, and we have only a few more episodes to go. In the meantime, let's contemplate some space-grown lettuce.
- Pancake