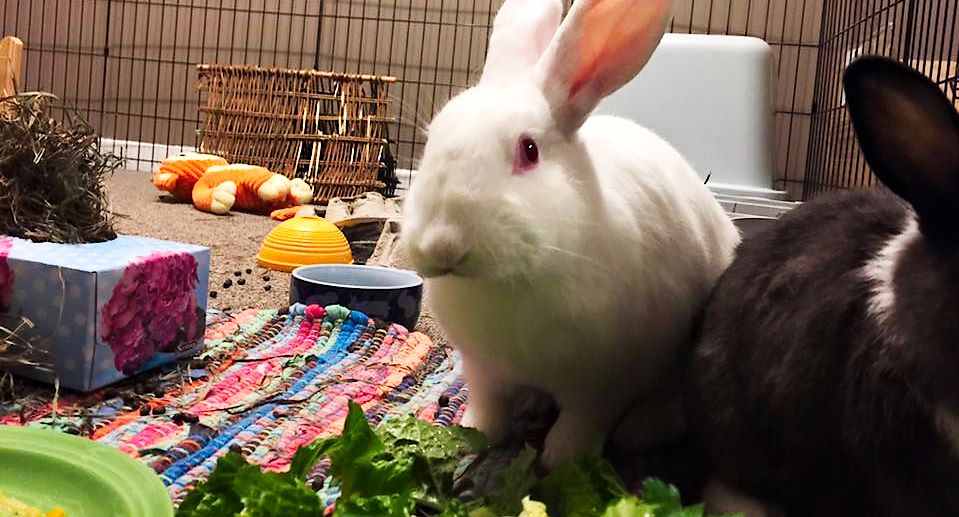 I gulped and asked, "Do you have any ideas what that's all about?"
"A few..." said Frankie.
"This thing could be reacting to being scanned. Maybe the rover induced that electric current. I wouldn't go as far as to say that we caught this 'thing' thinking. At least I'm not sure what we're seeing." 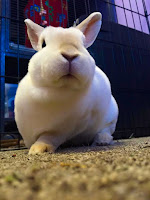 Suzy
"What about its composition?" pressed Suzy.
"We're suspecting mostly carbon and silica, possibly some organic compounds. I'd expect the majority of it to be something else though"
Frankie paused, gazing at the ceiling, he said, "I'm running out of options to analyze this any further. I've just about pulled all the strings I could pull to get even this far." He shook his head slowly side to side.
After a long silent moment he continued, "I have a friend at CalTech. If I can smuggle a piece of this to her, she can do some real work on it in the lab."
Then he switched topics. "Your idea of 'it' being an artery is somewhat accurate. This thing is not transporting blood but it is transporting oxygen. It might be both 'pumping' and moving it along. I wonder, does it have a proper heart somewhere; a liver or a "real" brain? Does it have leaves or roots?" 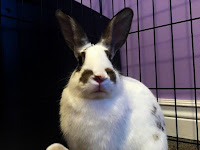 Molly
"As long as it doesn't have a 'real' face, maybe we can eat it?" chuckled Molly, but Frankie ignored her and carried on, "It's acting as a neuron, gizzard, kidney, vein, armour, electric fence and what have you. At least that's my best guess for now. When I look at those cross sections and the different layers, I want to know what each one does, but that's not the important question. Is it something terrestrial, a life form, something primordially exotic? Where did it come from?"
"Now you're losing me. Surely, you can't be serious." I said. Molly tried to suppress a giggle, Frankie just shook his head.
"Frankie's right, he's absolutely right." said Abby. "I don't think he'll be able to find any links between this thing and any life forms we're familiar with."
"It may not even be a life form in the conventional sense." said Suzy. 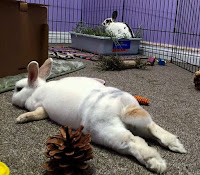 Suzy
I tried to laugh it off for now, because I didn't want to grapple with the possible destinations of this train of thought.
By now Zeus and Bruno had rejoined us, except Bruno's head was still somewhere in the clouds, savouring the way he got to use up one of his nine lives.
"What are the chances we can inspect both ends of this thing?" asked Molly.
"Pretty good. You tell me when you can get out there again and I'll take care of the rest." said Frankie, he continued, "I'd like to take Milly with me and explore the narrow end of it, you can have the wide end. This way we won't be holding each other back. Because, it's a little hard for me to keep up with your stride."
"Indeed." said Suzy.

Molly
"Frankie, I'll make a little cart for you." said Zeus. "There's no sense in you hoofing it. You want to check what's beyond that endpoint and come back. You might be needed to assist Molly. Who else is going with you, Molly?"
"I'd like to go!" and my paw was up before I knew it and before I realized what I said.
"Sounds good to me." said Suzy.
"Come to think of it, I better make something for Major Toes and Molly too. There's no sense in you wasting any time getting there either."
"...and what about the sample?" I asked.
"Let's see if we can find a piece that separated from this thing on its own" said Frankie. "I'm hoping that sooner or later we'll find it. Everyone, keep your eyes open for something like that. But I think this thing would try to clean it up before we can get to it. If not, we can try to slice a sample, but only when we're on the outside of it! I don't want anybunny to get trapped inside a giant gizzard."
Out of the corner of my eye, I saw Suzy shudder. 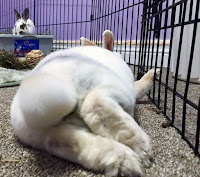 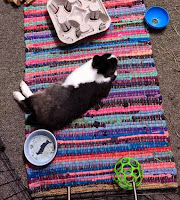 Mt. Toes
"Look here, Zeus..." started Abby, "I bet you this thing is waiting for 'Flotillas of galactic battleships to fall upon our unsuspecting little planet, to lay hands on the local dollars, diamonds, chocolates, and, of course, beautiful women.' ... just saying; I don't trust this thing." and Abby winked.
"Lem's 'Fiasko', page 127!" I blurted out.
Zeus looked at us, perplexed and silent.
"Glad to see you're reading again!" laughed Frankie.
After we got all debated out, Zeus pulled up a video of Chris Hadfield's rendition of Bowie's "Space Oddity" on board the International Space Station. When I watched it a while back, it felt very somber. The scene was too vibrant, too invigorating. The ISS seemed like a place on the edge of the best that life has to offer, a constant new beginning. Now sadly enough, everything floated in place. Life caught up with the song and turned the ISS into a proper place to mourn. Bruno was glad to have lives left to use up and we were all glad to have one another.
Credits:
- Renee: taking care of critters, photography
- Mr. Bun, Ijon Thichy The Nth: story
- Mrs. Angie: editing

This whole thing is mysterious possibilities. I am not sure it will ever end. Maybe it is a shaggy bunny story?