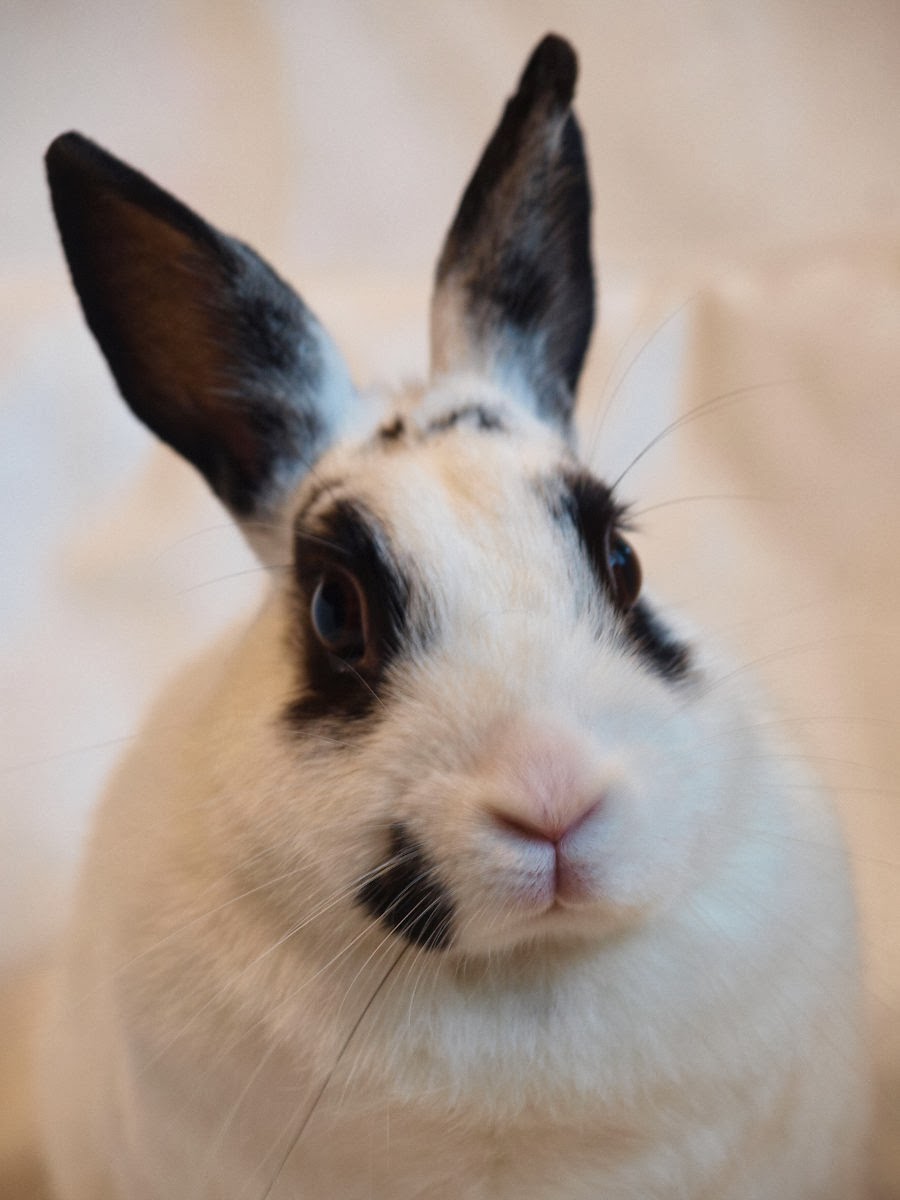 You may serve me now!

Oooooh, would that make me Number One Dwarf? May I be the official apple taster? Oh, it doesn't matter. I think I am in Lumikki's clutches now, and I find myself rather happy about it.

Coming right up ... the works!

I get the feeling that Lumikki has very high standards when it comes to food.

I also get the feeling that we, being hoomins, may not meet those high standards with our attempts at food preparation.

I am worried that Lumikki will flick the dish up into the air, do a 180 and while the dish is still in the air, deftly use those big powerful fuzzeh thumpers to *THWACK!* the dish into our faces.

So we'll end up with a dish shaped imprint in our faces, and a load of substandard bunneh-food sliding down us, while we sit there stunned, with cartoon style stars orbiting our heads making tweeting noises, as our eyeballs roll around in different directions.

Oh Lumikki, thank you for the privelege.

this is one seriously reproaching look for a little bunny.
So cute, pikku söpö pupujussi (trying to speak Lumikki's language here)

Oh, thank you all! We are proud to be at her service. I think she doesn't feel same way thou :D
And Debbie: your Finnish is very good! Are you native? :)
T: Lumikki's slave Päivi

Okay, Fleetie, I am having second thoughts about the food testing position. What about cleaning up that little face smudge. Not much harm in offering to help out with that, is there?

Hope she doesn't catch me, but I can't get enough of her pix. I mean I don't have any greens with me and that's bad. Really bad.

hahaha don't ya just love it when the get all bossy!xx Rachel