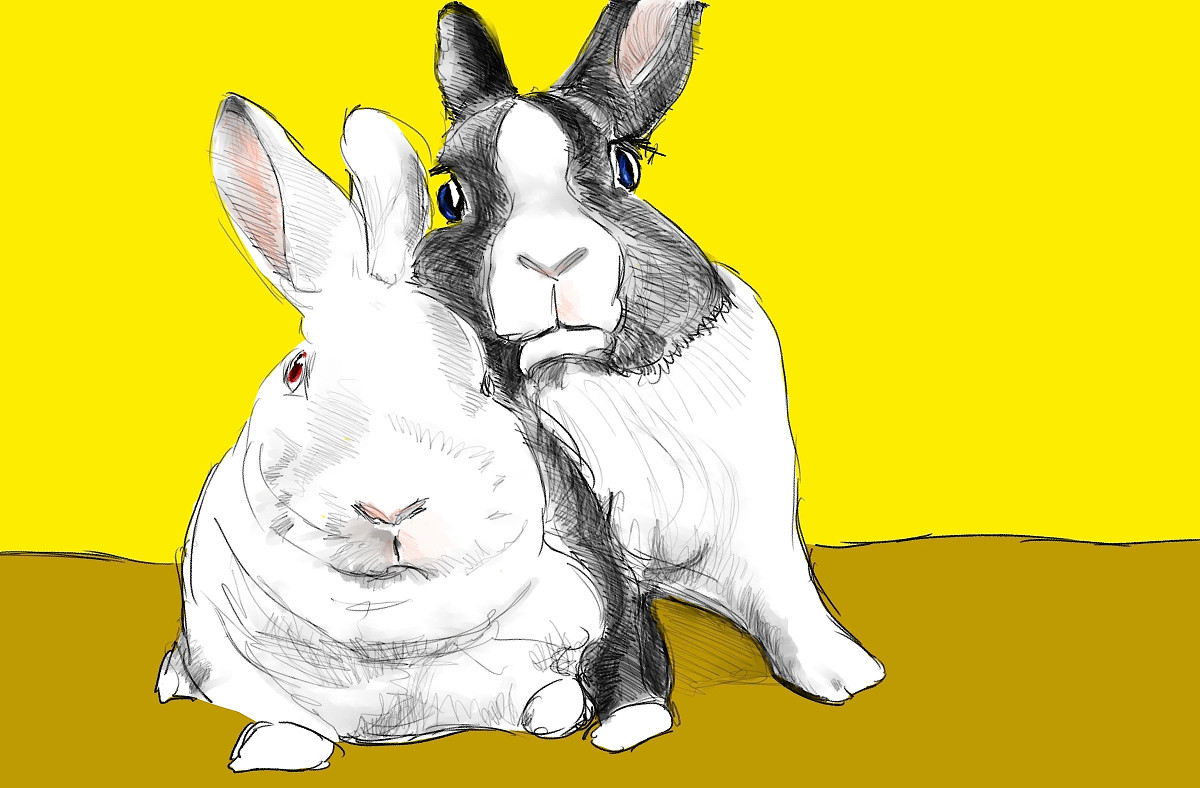 Author's Note:Last Week: Mr. Toes and his crew moved their ship to the spot where the stone slabs were located. The bunstronauts worked on preparing for the repairs, and at the end of the day, they noticed some bipeds advancing in their direction. 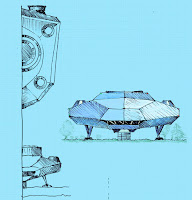 Shuttle concept
Full of apprehension, we watched from the flight deck as the bipeds inched closer and closer to us, pushing a small cart in front of them. Ava and Penny were still on the hover-scooter outside by the main hatch, and they were as riveted by the development as the rest of us. I didn't worry about what the bipeds were going to do but about what Abby would order next. To my surprise, she only asked Ava and Penny to climb to keep an eye on the wider perimeter. Were the bipeds trying to get our attention while they plotted something out of sight? Well, Ava and Penny didn't spot anything nefarious going on behind our backs.
That's when Pancake asked if she and Molly can go and greet the bipeds. 'What do you mean?' asked Abby. "Well, we want to go out there on the hover-stand and see what's in that cart. Ava and Penny can cover us, and it looks like most of the bipeds are afraid to come out of the woods.' Abby waited to give her response and kept looking at the images of the cart on one of the screens. She zoomed in on the cart as much as she could, and looked for queues that would lay bare any obfuscated intentions. She finally spoke, 'Pancake, wait a second; Joey, fire up the loading dolly and follow them, stay close, and be ready to pounce. And Pancake, don't you dare get any closer to them than a hundred feet! Got it?' 'Wilco!' replied Pancake. Molly fired up the hover-stand and Pancake jumped right on it, behind Molly. She put her feet into the restraints and telescoped straight up with her front paws crossed in front of her chest. They waited for Joey. The poor guy again struggled with starting the dolly. Molly waited patiently until that dolly came back to life once more and finally got them moving forward. 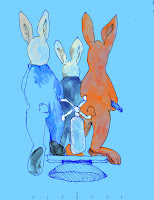 Study of Pancake, Molly and Hopmeric on the hover-stand.
I had a sense that Molly and Pancake did something to that hover-stand but wasn't quite sure what. All was revealed in short order. As soon as they cleared the loading ramp, flames shot out of the hover-stand in a great, rotating circle, like a mini spiral galaxy made of hellfire! I thought, '... so that's why Molly giggled every time the subject of the hover-stand came up.'
Somewhere from under the ship, Hopmeric came and chased after the hover-stand. I yelled 'Stop!' into the intercom. Molly stopped the hover-stand. 'Make room for one more, Hopmeric was chasing after you,' I explained. 'A who and what?' asked confused Pancake. 'Hopmeric, the hare; see if you can motion to him to get on the stand,' I added. As Pancake waited, she turned toward the hare and gestured for him to get on beside her, 'COME ON!' she almost yelled at him, as if her raised voice could help. 'What are you trying to do?' asked Abby. 'I want the bipeds to see the hare by our side. I want them to think he may well have come down from the heavens, just like us.' Abby furrowed her brows, then raised them and shrugged, 'Good luck with that. You're getting emotionally involved here. What are you going to do when we have to leave?' I had no answer; I could only fix my gaze on the screen. 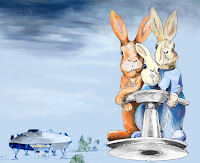 Hopmeric, Molly and Pancake
Hopmeric must have gotten the idea to get on or maybe that's what he wanted to do all along? He made a hesitant move toward Pancake and Molly, then hopped right on and tried to steady himself. Pancake made a little bit of room for him, grabbed his paw, and showed him how to hold on to the guardrail. Abby groaned when she noticed the contact between Pancake and the hare. She turned toward me and muted her mic, 'You know what we'll have to do now, don't you?' I nodded.
Molly got them moving again. Hopmeric flinched as Molly let out more flames from their contraption. 'I can't believe we had that garbage on board,' I mumbled. 'What garbage?' asked Abby without looking away from the screen. 'Whatever it is that Molly is burning off,' I explained. Molly kept moving forward, and so did the bipeds with their cart, unfazed by the pyrotechnics. The bipeds finally stopped, let go of the cart, and started to back away toward the woods. Then, one of them turned around and ran, and his cohorts followed immediately. Molly roared with her flamethrowers, and one of the bipeds tripped, fell, and had a hard time getting up. His comrades didn't even bother to look back.

Hopmeric and the veg wagon.
Molly moved closer to the cart now, then pulled up alongside the wagon. "Don't get any closer to it!" said Abby, anxiously. I imagined Hopmeric didn't hear or understand any of that. He leaped onto the cart. It was filled with vegetables! A heaping pile of greens! We recognized wild blueberry branches, dill, and turnips. Their roots still had clumps of dirt on them. "Look, a cabbage!" exclaimed Molly. We saw piles of fresh grass, recently torn off the ground. All of it laid on a heap of hay, or straw or something. Hopmeric dug right into it, stuffing himself as fast as he could. He tore off a leaf of cabbage with his mouf and offered it to Molly. She looked at it, frightened, and reluctantly reached out and took the leaf.
"What do we do with that?" I asked, semi-rhetorically. "I don't know, do you think this is still a trap? Do you think the greens are poisoned?" wondered Abby. She continued, "We could bring it in for analysis, or we could freeze it and take it back with us. He doesn't seem to be concerned though," Abby motioned with her head toward Hopmeric, who continued to feast unabashedly. 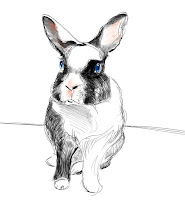 Mr. Toes
"Maybe this offering is just an offering," proposed Joey, still waiting on his dolly behind the hover-stand. We looked at him, surprised. I glanced at the panoramic infrared scan of our surroundings. The bipeds kept glowing in the distance, presumably watching our reactions to their offer of sacrifice. 'How about we pull the cart closer to the loading ramp?' asked Pancake, and hooked a line to the bottom of the cart before Abby could say 'yes.'
As Molly started to move back toward our ship, Hopmeric stood up and telescoped facing the bipeds. I swear he became twice as wide and tall as the last time I saw him stand up. He had a regal glow about him, showing the bipeds he was of the same heaven as us. Abby looked at me again and said, 'Well, you better get on with it.' I hopped slowly to get the medical kit.
Credits:
- Renee: taking care of critters, photography
- Mr. Bun, Ijon Thichy The Nth: story, illustration
- Mrs. Angie: editing

Follow the Characters of X Plus Bun on FB
On Instagram @dollyalittledisabledrabbit
Visit our About X Plus Bun page to learn more about the cast members and catch up on other stories!
Posted by Mister Bun at 11:31 AM

He spent he whole afternoon outside pumping and scooting around! I love that he's not glued infront of his xBox