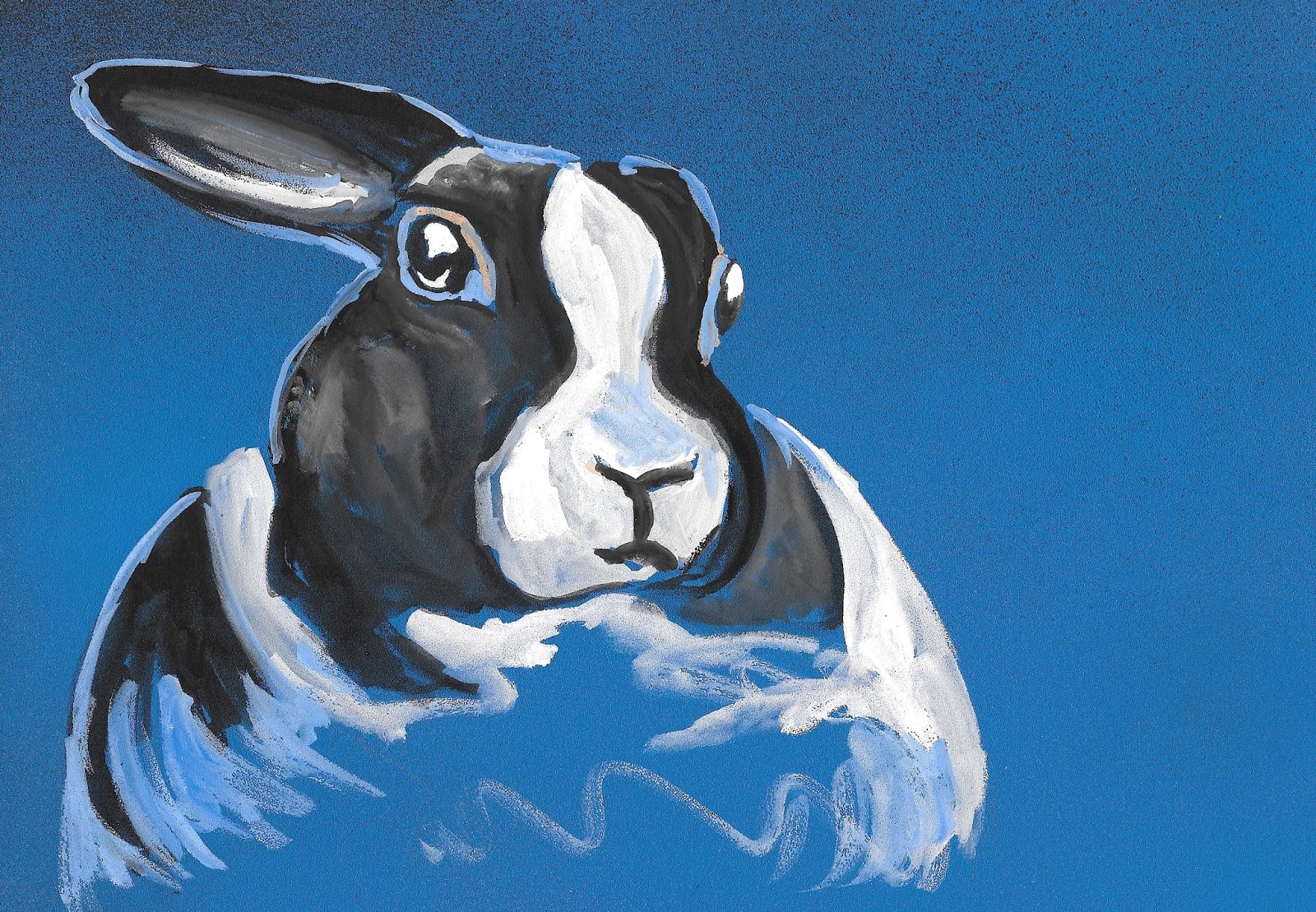 I had to admit I was surprised that gaining administrative access to the entire station came so easy. For a second I wondered if this was a trap, an old-fashioned honeypot to lure and catch a juvenile script-bunny. I thought about it for a moment and started to giggle. They already had me in a pot, or a pod, or a can. You can pick.

Mr. Toes and the tech 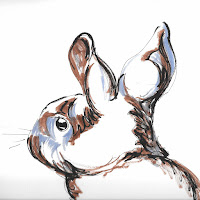 Hopper
After looking through the communication logs of the station, I discovered that they had stopped transmitting anything related to our stay here. I perused the lab reports as well. Physiologically speaking, all of the test results for Hopper, Mel, and I were nominal.
Then an interesting line showed up on my monitor. "Toes, is that you? Hopper here." After a short deliberation, I responded, "No, this is Santa. Have you been a good bunstronaut?"
"No, Santa, I must have done something awful. They have locked me up in a can in a hospital. How are you, Santa?" came the reply.
"About the same," I replied.
I heard the swish of the doors opening in my pod, and I killed the screen.
The technician came through the doors, pushing a cart with food. This time it was a sassy little lionhead—kind, and friendly, and a firestorm when she sensed anything funny going on. We chatted, and I asked her about Hopper and Mel. She told me nothing. She took my vitals; always the vitals. Sometimes I wonder if the vitals are just an excuse for physical contact with us. She asked me what was on my mind. I handed her what was in my litter bin; bagged, of course. That was the end of our interaction for the day. Somebun would stop by later with dinner, just before bedtime. 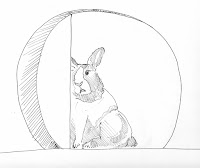 Mel
I nomed the twigs and pondered. Was it Hopper? Or was it some autonomous part of the security system, a feature, playing a simulation game with me, toying with me and stringing me along? I tried to recall anything about Hopper, or Mel, that would pre-date our encounter with the Behemoth. I searched for something that would have had no chance to turn up during the debriefings we had all undergone. I came up with nothing that would be unique and known only to a couple of good, old friends. Everything that crossed my mind, one could discover with the help of a bit of old-fashioned sleuthing. All the details I recalled from the few days when we had looked for a way to return to our present time-space location were probably on the record by now.
Suddenly I felt like I didn't know Mel and Hopper. A sense of shame, isolation, and loneliness grew over me. I moped over that for a while and then got an idea. I wanted to test what could be done using the pod's entertainment system as an access point to the station at large.
I waited till the evening and, after dinner, set out on a little adventure. I decided to access the emergency power plant by tripping a digital circuit breaker on the electrical substation of the outer ring of the hospital where our holding pods were located. The interruption lasted a second, and the system recovered, but in the meantime, the pods went into an emergency mode. The access tunnels turned dark and were illuminated by dim, red lights. Alarms buzzed, and evacuation signs flashed. And the doors of the pods unlocked. 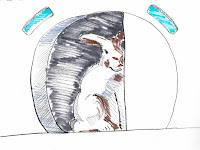 Hopper
I made quick work of prying the doors open. I turned to my right and darted into the tunnel. If it were Hopper that I chatted with this morning, he would be in the pod next to mine. I almost overshot the door and, without thinking, grabbed one of the parted doors to stop myself.
In the gap between the doors was the smiling mug of Hopper.
"Was it really you this morning?" I asked out of breath.
"Yes, Major!" replied Hopper.
I grinned and grabbed him by the chubby cheek on his startled face. I darted away toward the next pod. Again, the pod next to Hopper's was empty, as I had expected, and the next one over should have Mel in it. Sure enough, Mel was halfway out already. I stopped and gave him a bear-bun hug.
"Major, did you know you can—" "Use the pod's entertainment system as a control terminal?" I finished Mel's question, and answered, "Yes, I expect to see you on it tomorrow!" 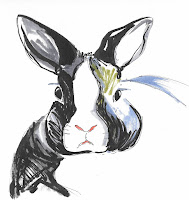 Mr. Toes
I turned around and headed back to my pod before the orderlies arrived. As soon as I got in, I could hear the heavy, thumpy hops of the medics in the tunnel. I put on a panicked face and greeted them at the doors. The guys looked frazzled, and I almost felt sorry for them. Soon, the lights returned to normal. The two techs sniffed and hopped about my pod for a while and finally left, looking as confused as when they had arrived.
I had such a great feeling of relief knowing that Hopper and Mel were still okay. Then I had to pause. All three of us had discovered the same thing about the pods at about the same time!
It was time to start a real commotion here. Was there any sense in waiting any longer? And what was I waiting for? During my snooping about the station system, I realized this place was maintaining a strict radio silence as if it were pretending not to exist. The station was mostly deserted as well. There were no other "patients" here that I could find. This place was a little "space-gulag." No, there was no point putting off my plan for a little "space-riot." The sooner I got on with that the better. I was certain the hospital would start undergoing a safety audit after this morning's incident with the generator. They were bound to discover what Hopper, Mel and I could do from the pods.
Credits:
- Renee: taking care of critters, photography
- Mr. Bun, Ijon Thichy The Nth: story
- Mrs. Angie: editing

Follow the Characters of X Plus Bun on FB
On Instagram @dollyalittledisabledrabbit
Visit our About X Plus Bun page to learn more about the cast members and catch up on other stories!
Posted by Mister Bun at 7:03 AM