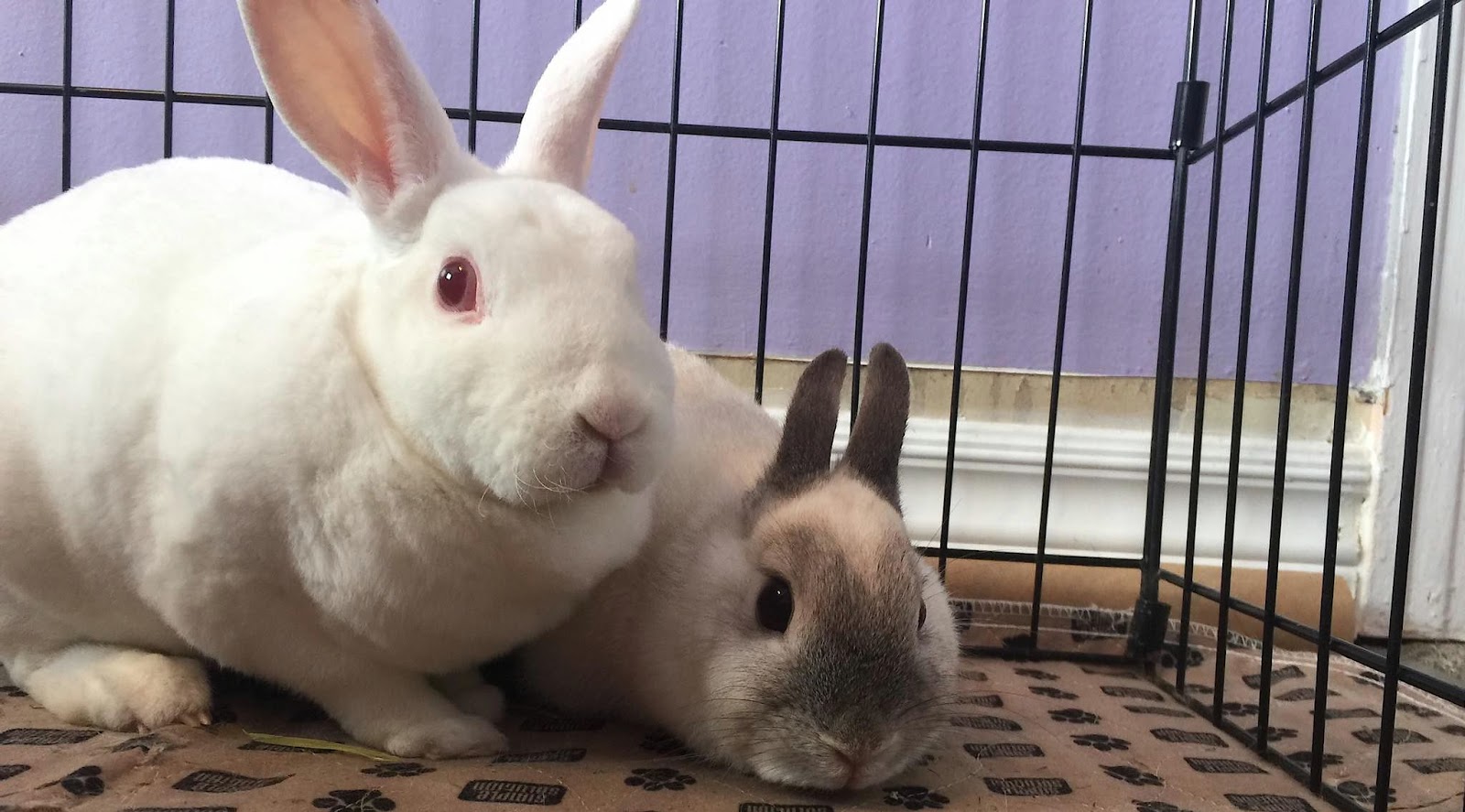 Penny floated toward the mess hall and found it empty except for an old lop, reading something and sipping a beverage. After a moment, Penny noticed that this guy had been around the meadow a few times. He wore thick rimmed spectacles, and his patchy coat had seen shinier stars. She finally recognized the stranger as Dr. Hopnom, the legendary quantum biologist. Penny's paws began to tremble. She was glad she couldn't binky right now. Otherwise, she would hit it so hard she would splatter against the wall. But she held it together. Penny took her time retrieving a sippy bag of something from the dispenser. She just wanted to cool off before approaching the professor. Penny gave up finally and floated toward the distinguished elder bun. 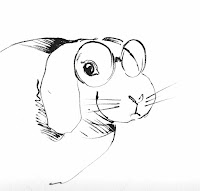 Dr. Hopnom
"Dr. Hopnom? My name is Penny; it's such an honor to meet you!" Penny barely managed to articulate her introduction as she extended her left paw. The professor flinched, for a split second, as if something terrible had just happened; his nose twitched in horror, almost imperceptibly. He regained his composure so fast though that Penny almost didn't notice the shift back and forth. She was too excited to dwell on it; all her senses told her that she was in the presence of a living legend.
The elder bun slowly extended his paw and said in a frail voice, "Glad to meet you Penny, but I'm afraid you have mistaken me for somebun else. I'm just one of the electricians here, my friends here call me ... Volty. If you would excuse me, I really should be on the flight deck."
He pushed off a little too hard and missed the paw rail trying to get into the tunnel leading to the flight deck. Panicking, he inadvertently tried to scramble before grabbing another handle; then he was finally gone. 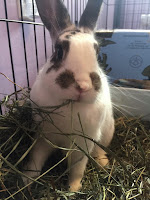 Molly
Penny was stunned. She kept going over his words repeatedly; she understood them, but the situation made no sense. That bun had to be Dr. Hopnom. She would bet Freddie's whiskers on it! She remembered his voice and the scrappy patches of fur on the top of his head. She was surprised to see him here because he never had much interest in space travel and he sure didn't move about like a proper crew member of a space-faring craft. "Electrician my foot!" thought Penny. She furrowed her brows and narrowed her eyes. She stayed that way a bit too long, and now her mouf hurt. Penny took a long, slow sip of her beverage and licked her lips.
She glanced at the countdown clock. She had plenty of time to do whatever she pleased. After a short discussion with herself, visiting the payload bay sounded like a decent idea. She went to look for it, and after getting lost a few times in the main tunnel, Penny found the bay.
The bay was quiet and appeared to be empty. There was only one bun, probably a loadmaster, securing one of half a dozen small containers to the walls. Penny floated through the eerily cavernous room without getting noticed. Once she got past the rectangular containers, she noticed something odd. Three large, orange bio-hazard cryo-capsules sat fastened to a cargo pallet. She got sick to her gizzard. Now she floated along the wall toward the large capsules for a closer look. She tried to conceal her breathing, afraid of being found out. She pulled herself around the pills, trying to see their make and model. And she got a little sicker. These were the old kind, known for malfunctioning in a rather grim way. She thought they had been pulled from the market ages ago because sometimes the capsules would disintegrate whatever they were supposed to preserve and protect. 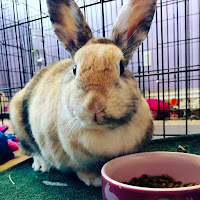 Pancake
Countdown alarm jarred Penny back to the immediate reality. She felt hot under her blue flight combinaison; her ears felt like they were on fire. For a second she thought that she'd get locked here, but then she heard the noises made by somebun still working to secure cargo. As quickly and as quietly as she could, Penny worked her way back to her cabin.
Freddie was up from his nap and not looking any more hopeful.
"Freddie, on that manifest, do you remember seeing Dr. Hopnom? I could swear I ran into him in the mess hall, but he insisted he's just an electrician here. He couldn't even get around that well. He looked more like somebun on his first space flight than a proper bunstronaut!"
Freddie's face lit up. He gazed at the ceiling for a moment, trying to recall whom he had seen on the manifest, and finally said, "No, I don't think so, I would have remembered somebun like him."
"Right," said Penny, "and guess what? They have three cryo-pods in the cargo bay, the old kind. Remember how from time to time they would melt whatever they had in them?"
Now Freddie was fully awake. Another countdown alarm blared, and Freddie and Penny scrambled to buckle down for the imminent undocking from the hub. 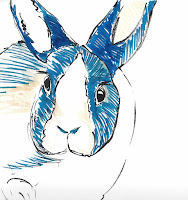 Mr. Toes
***
I was getting really bored in my isolation pod. The debriefings subsided, and the tests ended. It was a good break. I still had no idea how Hopper and Mel were doing; the staff refused to answer any of my questions. 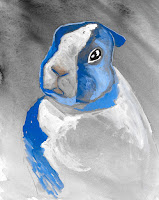 Mr. Toes
I'm not sure how I got the idea to mess with the pod's control system; I just didn't have anything else to do. I got curious. The entertainment system in the pods can act as an access terminal for different maintenance functions to troubleshoot a lot of the system's anomalies. So I sat there and played with it to see if I could get outside the pod system to glean something about the broader, station system. After a couple of days of snooping around, to my amazement, I discovered that I could gain access to the pod as an administrator! Part of me wanted to say, "Hey, guys, you should really change those default security settings on these pods!" But I didn't. Instead, I did the proper security audit and made myself an admin, with biometric authentication and all! Now I could do whatever I wanted with the pod. As a matter of fact, I had the means to access all the systems in the rest of the station!
I found the locations of Hopper and Mel. As far as I could tell, they were doing okay, or at least as good as could be expected under these circumstances.
Credits:
- Renee: taking care of critters, photography
- Mr. Bun, Ijon Thichy The Nth: story
- Mrs. Angie: editing