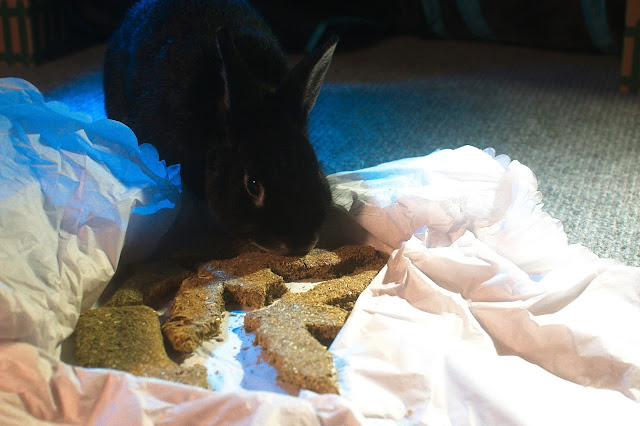 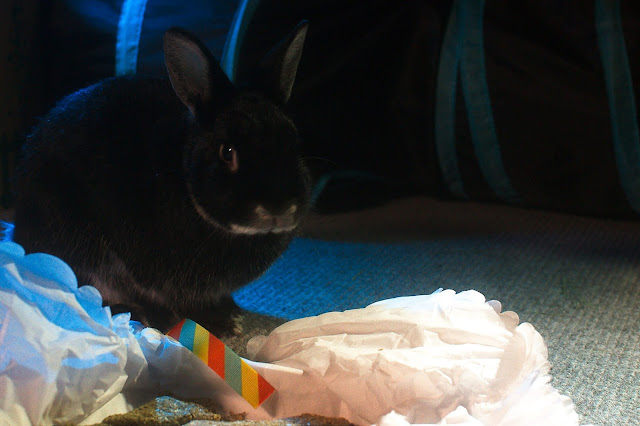 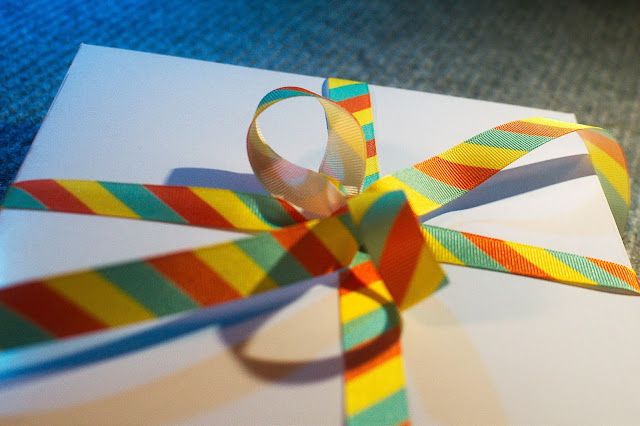 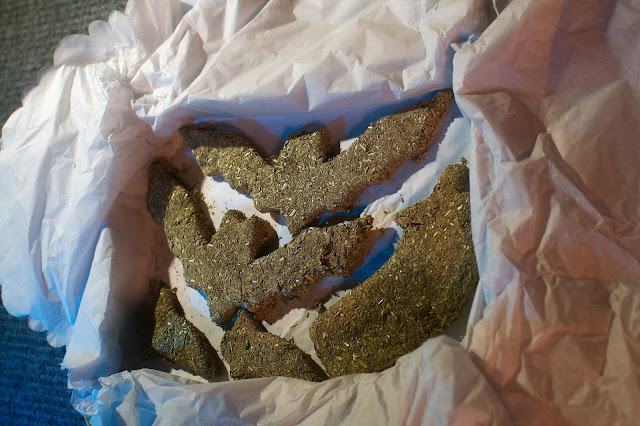 The highlight of today was the unboxing of homemade Halloween treats from bunty Susan. The treats are fantastic, of course, and everybun had their fill of them.

Christmas will be here before we know it, and the treats will be part of the fundraising for the Suncoast House Rabbit Rescue.

This week the treats became a bit of a guiding star for getting through the days. You pick a start that is the freest of mayhem around it and set your course for it. This came from an account by an RAF pilot who flew night missions over Europe during WW2. He would pick a star in the night sky that had the least amount flak exploding around it, and he would head for that star.