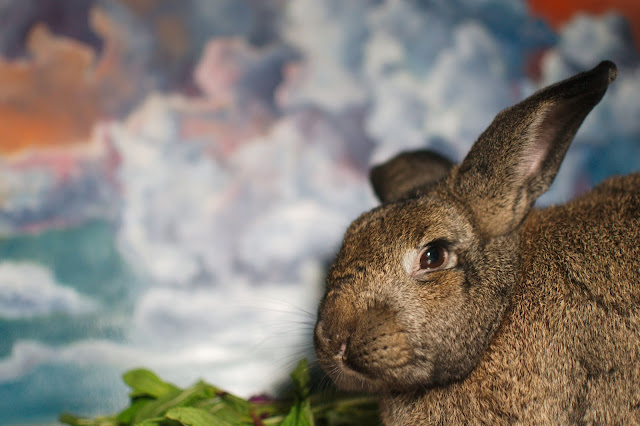 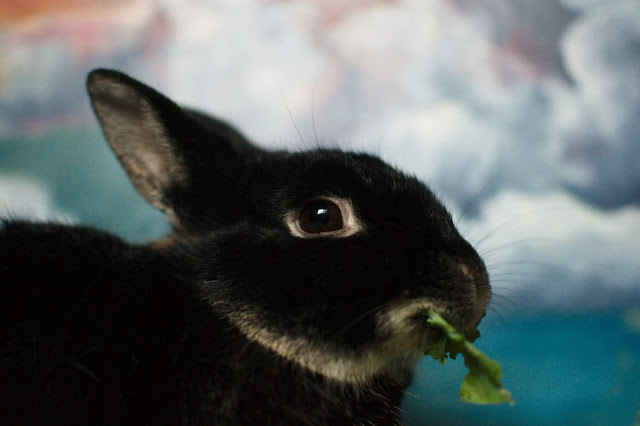 
The boys are keeping their heads in the clouds and their paws on the ground. Since they don't really fancy getting into any real clouds, the hoomin tried to bring some clouds to them. Along with the salaaaads, of course; every bun received a cumulonombus of greens. You know, the usual: kale, wheat grass, dandelion, herbs, bits of cawwots to sweeten the offering. As you can see, some of the fellers were a bit less disapproving than others.


Our hoomin mumbles something last night about taking Gus with him to the tar pits as an emotional support bun. Well, Gus thumped it out of his head real fast. So instead, the hoomin said he would sit with us tonight and read us whatever he's reading for that CFI thing of his. There will be head rubs, so we're good with that.