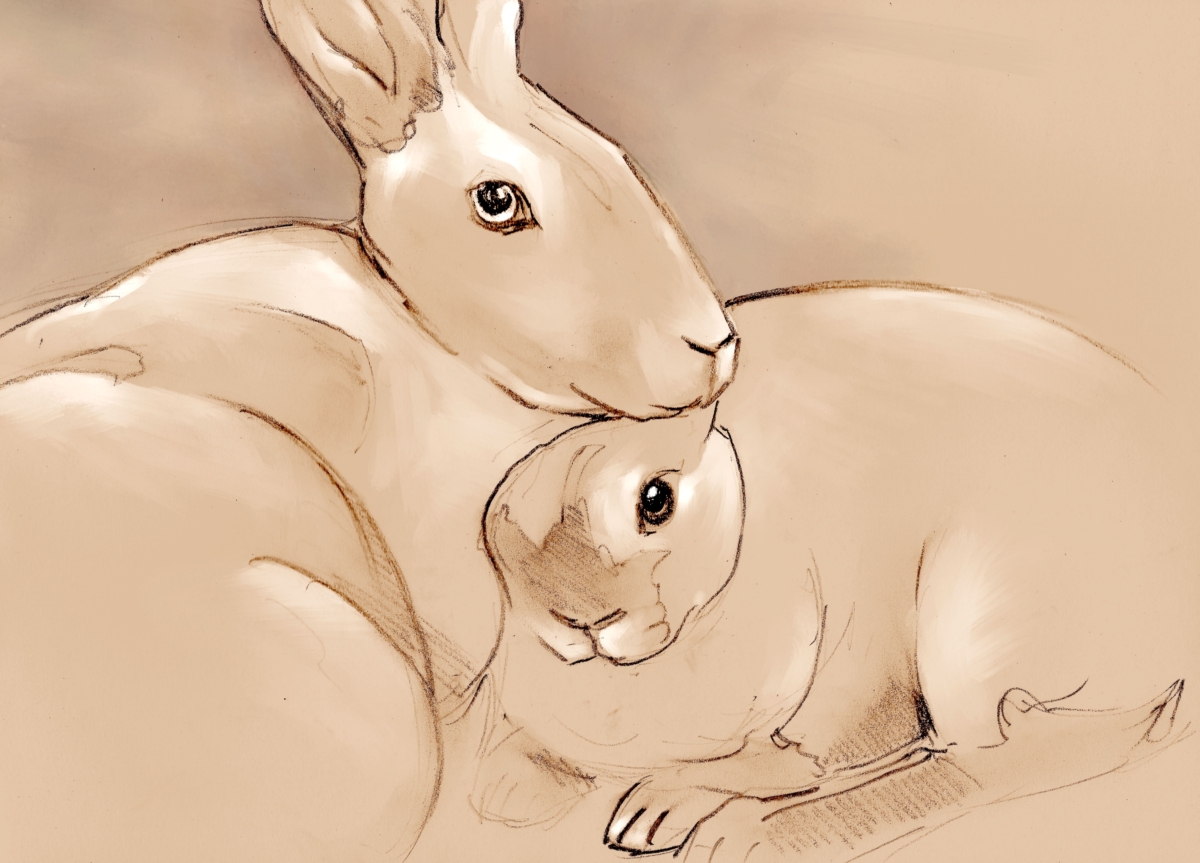 Author's Note: Last week Zoomer and Mr. Toes realized they have a bit of trouble on their paws. They are unable to release the booster they docked with their ship. They discussed how to best work the problem. We join them as they are about to commit to a decision.
We consumed two orbits going back and forth over the pros and cons of the options for losing the booster. It drove the flight controllers mad, but they had to work with us. In the end, we came back to where we started, and we stuck by our original decision to wait for the probe to pry us loose from the booster. The best thing we could do then was get some sleep. I set about making dinner, and Zoomer arranged to call our folks on the ground. She was able to reach the little bunletts and provided them with a full report explaining why their project was stowed away early. They were very excited regardless and didn't mind what we had done. They said they had plenty of data. The microorganisms exposed to the unfiltered radiation of open space showed an interesting reaction to the harsh environment. They metabolized the radiation. They bunletts promised to let us know what else they discovered.

Zoomer, early days, with short hair.
Zoomer reached her grandma as well and talked with her for a long time. I managed to catch Abby. She was glad to know we would be passing right over where she was in a couple of orbits, and she promised to wave to us. Even Pancake and Molly came by and gave us their paws up. Molly said that the weather was beautiful, the breeze was cool, and work didn't feel like work. They were sorry we couldn't join them. As expected, no bun was concerned one bit about that stuck booster of ours. Or was I missing some cues? Abby did say to Zoomer that come hay or high water, everything would turn out O.K. because I was here. She sounded like she was trying to convince herself more than anybun else. Our call ended when Pancake called everybun to hurry up because their sea carrot seedlings weren't going to drop themselves into the seabog. And they ran off rather hastily. 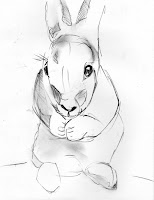 Molly study.
I turned my attention to Zoomer, "So, Captain, is there anything else you need me to take care of before we turn in? I suggest we get some sleep. Tomorrow could be a long day." She mumbled something in agreement as she turned to get some sweet snacks to nom right before rest. She tossed me a timothy-nanner bar, and we crawled into the pockets on the couches. For a while, it seemed like the only sound in the capsule was that of our lips smacking as we put away the sweet bars. The doctors couldn't be too happy about that, but then again, they could do nothing to stop us. "All is well, and then, it ends," I wanted to grouse. I saw no reason to let the perfectly good snacks run the risk of going to waste.
Zoomer broke the silence, "This isn't the strangest return trip you've had, is it? I've read some of your reports, Major." 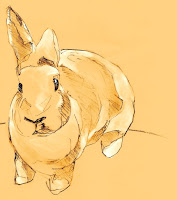 Pancake study.
"No, it's not, if you're worried about this one," I said with a mouf half full of food and my tongue trying to clean out a particularly sticky piece of dried nanner stuck behind my left upper incisor. 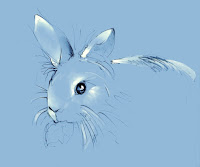 Zoomer study.
"To this day, I'm not sure how we returned from that one unplanned vacation," I continued when that bit of nanner finally came loose. Zoomer perked up, her ears straightened out at attention, and her nose started to twitch. "Maybe this isn't such a bad idea after all. Maybe this will help her relax," I thought for a second.
"You know, Zoomer, sometimes the hardest thing to do is to forget all about what's going on and to enjoy the moment you have," I started, as we entered another orbital night.
"That one 'picnic' mission isn't logged anywhere, and there's very little public information about it. It's been classified for the longest time."
Zoomer's eyes were focused, and her ears were spellbound. I composed myself the best I could and went on. 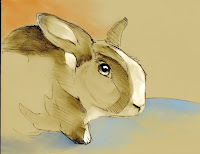 Mr. Toes
"One time, our crew decided to take a vacation together, everybunny on the Buzzard. We had chartered an old, light shuttle and got a discount on it because we could fly it ourselves. On the way back home, we had to pass by an old heavy-repair station. At just the wrong moment, their time dilator blew a gasket and jettisoned a nebula of hydrogen timeoxide. We had no chance to avoid it. We braced for impact. The trouble was, we didn't know exactly what impact that would have. Initially, we thought everything was OK. We were coming up on reentry really fast, so there was no time to dwell on what had happened. At first, no warnings went off, only a few circuit breakers popped. We concentrated on the landing. Then, Pancake got a high-temperature warning on one of the covers for a landing skid..."
Credits:
- Renee: taking care of critters, photography
- Mr. Bun, Ijon Thichy The Nth: story, illustration
- Mrs. Angie: editing

Follow the Characters of X Plus Bun on FB
On Instagram @dollyalittledisabledrabbit
Visit our About X Plus Bun page to learn more about the cast members and catch up on other stories!
Posted by Mister Bun at 3:51 PM