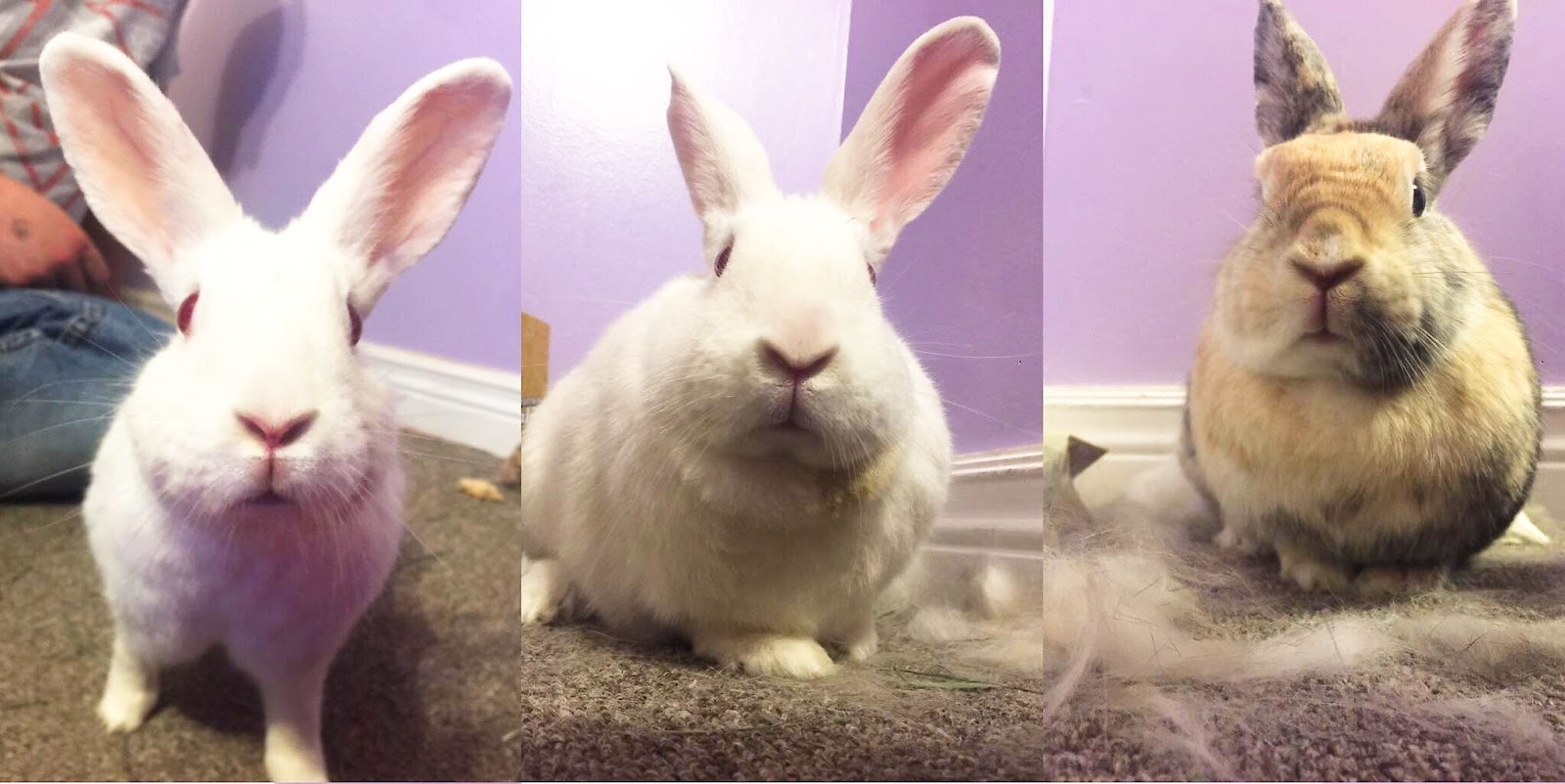 Freddie put aside the pieces of Hopnom's suit and moved down the tunnel to where the news buns were taking care of Dr. Hopnom. Freddie told them about the potential disaster that the regenerative therapy could cause. One bunstronaut dropped her mouf, and the other's eyes almost popped out. Freddie suggested a test of the therapeutic solution on Hopnom's cells. The one who had prepared the solution didn't matter to Freddie since he didn't trust the chain of custody in the preparation. The lab at the Repair Hub would have to generate a model of Hopnom's cells and, then, simulate the therapy with a sample of the therapeutic compound. If Hopnom had ever had even the most rudimentary clearance to set his foot on a space-faring craft, his files would have to include the digital extract of his DNA.

Freddie and Peeny watching Dr. Hopnom
The news buns procured a clean dose of the carbon nanotube solution and requested the test to done at once. After that, Freddie and Penny took a break and decided to eat something. They had grabbed their rations and stopped by the production room, where the news buns made the magic happen for the news broadcast. They watched as Hopper and Mel held the center stage and even answered some questions from the ever-growing audience of the live stream. As Freddie observed the proceedings, he had to shake his head. After surviving what Mel, Hopper, and I had and then breaking out of the hospital, Freddie now had to ensure the survival of somebun he had never heard of before. He never imagined that we would need a "witness for the defense." But, now, there would be testimonies, depositions, and bun only knows how many "Warren Commissions" we would have to mollycoddle. Of course, just about every warren out there would demand a commission of one sort or another. The powers that be would never stop trying to have their way, and if at first they couldn't make us disappear, at least they would try to make our lives miserable.
I was still resting in Abby's cabin when a news bun stopped by and asked if we could help with an EBA. They needed a couple of buns to go out and strip the masking putty off the transponder sensors. Pretty soon, the news ship would have to show up on the controllers' tracking equipment if we wanted to dock with the repair hub. Abby and I declined, and the news bun went on and grabbed Joey again. He was always eager to get outside and never passed up a chance to do so. I think Pancake and Molly joined them to get the job done faster. As a result of the story spreading throughout the public, the Commander felt safe enough to pick up the pace to get to the Hub sooner. 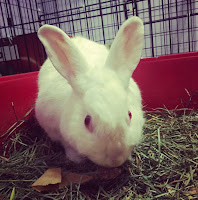 Abby
Somebun stopped by again and asked how I was doing and if I could join them on the stage. I felt I couldn't put them off anymore. I was far from feeling fine, but I recovered well enough to get behind the mike and do my part in keeping the broadcast rolling. I will not bore you with the recount. If you want to see what I shared, you can just flip back a few pages and re-read about what had happened. As my bit turned from the retelling of our story to answering questions from the public, it hit me that maybe, in the end, this adventure would have much deeper consequences for every bun than I had initially imagined. 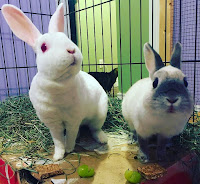 Ava & Penny
At first, I saw what happened to Hopper, Mel, and me as something purely technical. We had a bad day; we did this and that; we got out of it, and we were able to churn enough good luck out of the mess to come back and tell everybun about it. I started to sense now that maybe we had played a bigger role in rekindling a sense of wonder and fascination with the larger universe awaiting just beyond the reach of our paws, just beyond the tips of our whiskers. Just beyond the membrane encasing the mundane, complacent, and familiar life we take for granted, lives the larger, unfathomable mystery, still befuddling our imagination. 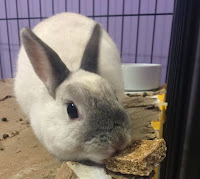 Penny
When we arrived at the Hub, we were greeted by a surprisingly large crowd. We suspected something was up when we saw the unusually high number of crafts that had docked with the Hub or had parked nearby. Freddie and Penny went to make sure the treatment for Dr. Hopnom was uncompromised. The therapeutic compound came from a lab where a trusted cohort of the news buns was on the clock, and she prepared a brand new batch of the substance. Still, Freddie insisted on the test.
I started getting very antsy after a couple of days at the Hub. Mel, Hopper and I decided to request some time off from the Flight Agency, and we announced a little vacation from our official duties. At this point, I had no idea what our official duties were anymore or what they would become in the future. I had no idea what our futures held since I had the feeling that maybe we were not supposed to have any future. The only reason I thought that things would turn out OK for us was the fact that Dr. Hopnom started showing definite signs of recovery. Without him, it would have been pointless to make any plans at all.

Mr. Toes
As soon as the Buzzard was turned over to Abby and her crew, Abby and I decided to head back to Earth for an extended amount of R and R. We invited Hopper and Mel to come by and stay with us for as long as they wished if things got too hot to handle. Both were relieved and appreciative, and in turn, so was I. When everything was said and done, the three of us would have to be our own support group. So far, no bun could relate to what we had experienced.
Credits:
- Renee: taking care of critters, photography
- Mr. Bun, Ijon Thichy The Nth: story
- Mrs. Angie: editing

Is the adventure winding down? Will Hopnom spring a big surprise? Is the future really the future? Stay tuned - and, now a word from our sponsor ...