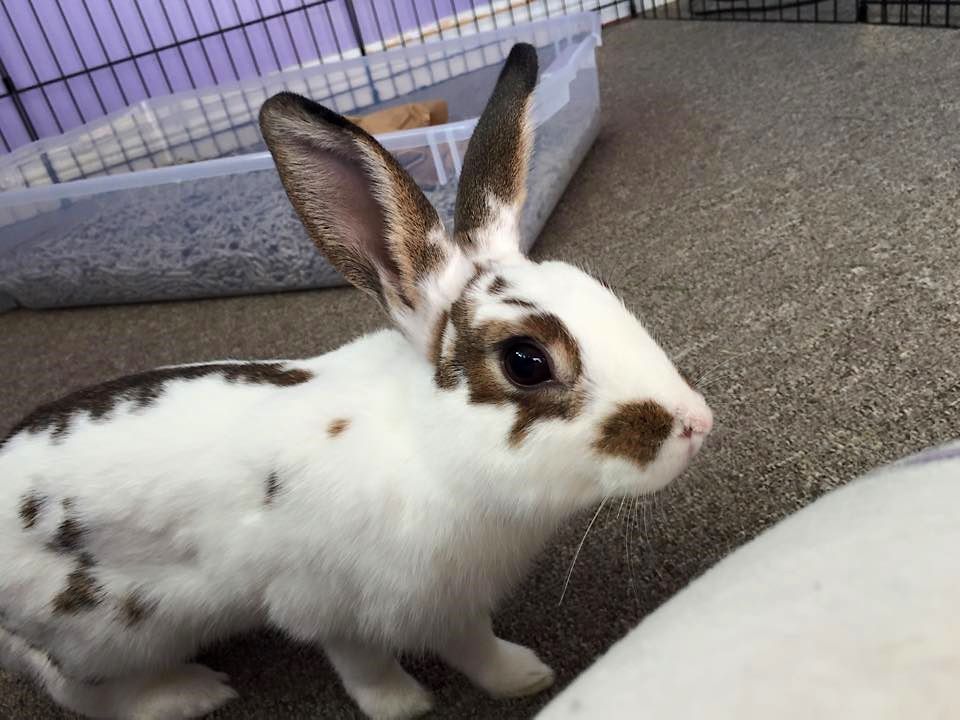 We tried to dart upstairs, but all we could do is slog, using up our last drops of adrenalin. When we got to the first landing, Bruno directed us to the front door so we could shake out as much dirt as possible over the door mat. We had to do something to keep hoomins guessing and guessing poorly. I suggested we knock off a flower pot and wallowed in it, but Bruno thought it an ill conceived idea. When we were done, Bruno rolled in all that muck.
"Let's make them think I got into a mess; I'm a cat, what are they gonna do, eh? Off you go, I'll see you upstairs later on, hurry up!" Bruno stretched by the door, made himself comfortable and nodded off.

Once we reached our pads, I realised just how tired I was. Do you know that feeling after a whole day on the road? You try to sit or lay down and your body still feels like it's in motion. Yes, that's what it felt like, mixed with a tone of exhilaration. It's impossible to get any rest, the best you can do is to slow down bit by bit, re-enter the atmosphere of home. 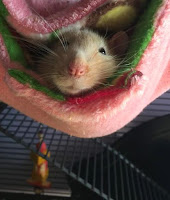 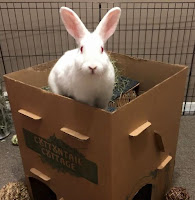 We weren't sure when the hoomins were coming back, so we shuffled off to see our adventure control crew: Zeus and Apollo. Apollo didn't look too well. He was shaking, bundled up in a blankie, trying to nurse a cup of hot tea.
"What the bunn… ?!?" Suzy exclaimed,
"... you were just talking to us just a minute agao, what happened?"
"I've no idea, it's not good" whispered Apollo.
"I think I'll be heading off to the vet tonight, I didn't say anything sooner, I thought I was just tired. I crashed hard and fast. I'll try to lie down for a bit now. Frankie and Freddie can take over for now." Apollo turned, sneezed and slowly waddled off toward his hammock.
We were stunned. Zeus looked as perplexed as we were. Suddenly I wished that I could will our hoomins into materializing next to us right that second.
Zeus started pacing back and forth in front of the computer. He kept looking up at us, then gazing away.
"Let's try this," started Zeus after a few moments, "... when the hoomins show up, we need to get their attention right away. They'll probably take me along with Apollo for moral support. When we return, we'll look at the video footage. I think we'll have the night to ourselves. Can you get some sleep now?"
We nodded. "Yeah, sounds like a plan." said Suzy.
Off we went; Zeus continued to pace. 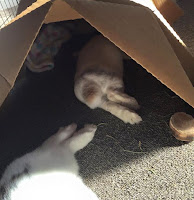 Shortly after our hoomins showed up and Bruno led them straight to Apollo. Much havoc ensued immediately and the rescue party left for the vet's office. I was finally able to settle down for a nap. Now we could only wait.
I woke up when the hoomins returned. It must have been late, I sensed that much. We waited until all commotion died down and lights went out. Molly and I decided to have some pellets while we waited to make sure the hoomins really were out for the night.
Then, as quietly as we could, we gathered Abby and Suzy and headed to see Zeus. Apollo was out for the night. Zeus, with a very grim look on his face, said Apollo got pneumonia. Hoomins gave him some new meds, that aren't widely known or used in these cases. Prognosis was iffy, but they were hopeful. We crossed our paws.
Zeus started showing us the footage from our expedition, at least the part that we were most anxious to see. He said we'll have to debrief the hawk attack later. 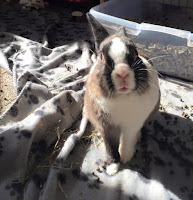 We were looking at a grainy and dark image on the screen with only a small area lit by the camera light. It showed Molly's paw about to move some clean sand. In the next few frames she moves the sand back and clears a small patch of a rough surface. The small, uncovered area was lighter in color than its surroundings and appeared to have some curvature to it. It was a little hard to judge at first just how large that thing could be. She moved more dirt. Zeus fast forwarded a few seconds. Now the curvature of the object was very clear.
"Maybe it's the size of a small sewer pipe, not sure, we'll figure out the details later." said Zeus, not taking his eyes of the screen.
Next, we watched in slow motion, almost frame by frame, Molly pouring some water on the object. She moved in closer to it and the image blurred momentarily as the camera struggled to focus. The image became sharper, but now was jumpy as Molly poured more water and worked on clearing sand off that thing. We could hear her rapid breathing as she zoomed in on it a little more and now we saw water getting absorbed almost instantly. We could see the tight mesh of the surface, as if it were woven from yellowish, thick and opaque heavy gauge fishing line. She rested her paw on it while she tried to describe it.
Then it came. After a few seconds Molly's paw started sinking into the mesh. Or the mesh was parting itself around her paw. We heard Molly again: "OHHHHHH!! Holy hay! Apollo, did you get this?!?"
We saw how the mesh regained its shape once Molly pulled back her paw. She repeated the experiment; this time pushing her paw further in. The mesh gave way again, now giving more room around her paw. 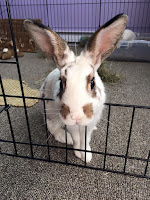 "Zeus, pause right here, please." interrupted Molly.
Zeus paused the video.
"What you can't see here, is that I can wiggle the tip of my paw. There was no resistance; as if my paw penetrated through to an empty space."
- Thank you Renee!
Follow Suzy, Molly, Abby Mr. Toes, Frankie, Freddie, Apollo and Zeus on FB
Posted by Mister Bun at 3:00 AM

I..wha...but....!! We are still hanging off of the cliff hanger from last week, and now another has been added! The suspense, the suspense! Paws and fingers crossed that Apollo is ok, poor little guy :(
-Jen (Kohl's mom)

Apollo did in fact came down pneumonia and is doing better. Looks like he'll come out of it :-) The new treatment Renee tried is working, he's gained a bit of weight as well!

Time to start thinking about the movie! What will it be called?

Good to hear! I'm not so well-versed in ratty language, but I'll try to communicate as best I can and just say "Squeak!" :)
-Jen (Kohl's mom)