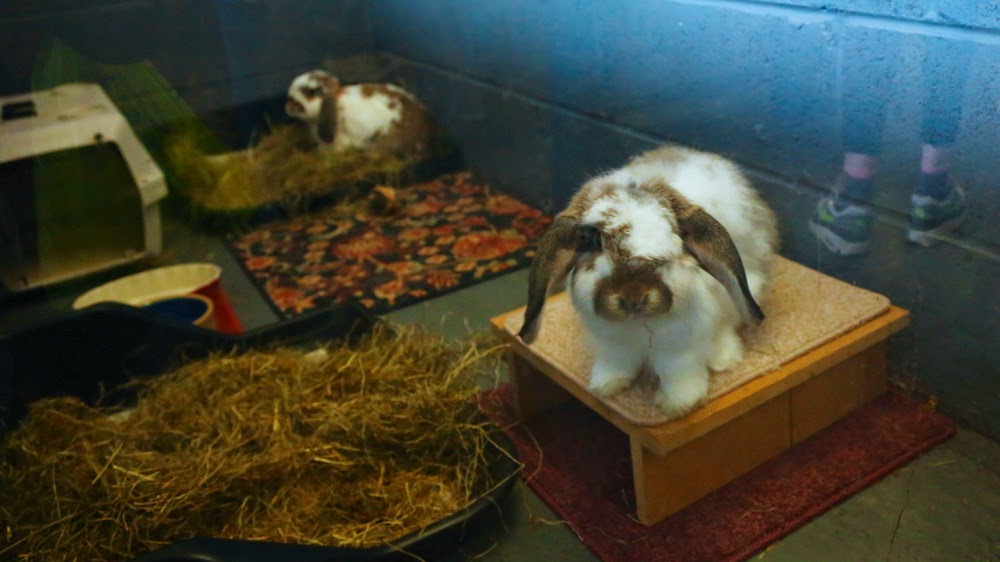 Oh, Agent Hoomin, do you think you can dissect me with this blunt little tool?


- At the Society For Abandoned Animals in Manchester, UK,  http://www.saarescue.co.uk

PS: Yes, Fleetie is on his way to volunteer with bunns!!!!! The adventure started this past Saturday and in Fleetie's own words went as follows:


So, unusually for a Saturday, I dragged my lazy hoomin butt outta bed early, at 09:00 this morning. Last time that happened on Saturday, we were all living on Pangea.

Today was the day of a public open day for the local animal shelter, that looks after bunnies, cats, dogs and ponies. I went along hoping to see bunnies, and maybe to offer to volunteer as a "rabbit socialiser", to keep the bunnies company, and play with them.

They said they are short of Rabbit Socialisers, and if I pass an interview, I can pretty much come along on weekend afternoons and keep the bunnies company and pet them and let them play with their toys!

So I completed an application form, and now I must wait for them to (hopefully) get in touch with me and see what they say. There was a box on the application form asking why you wanted to do whatever it was you were applying for. So I wrote something very similar to:

"I would like to be a rabbit socialiser because I love rabbits, and I am passionate about rabbit welfare and rabbits' rights, and I feel VERY strongly about cruelty to rabbits." It might have been a bit longer than that; not sure.

And they also said they are looking for volunteers to help with other things. On the list was "IT specialist". Well I have less than zero desire to start taking screwdrivers to old knackered PCs in attempts to make them be faster. (Yes, she did say that they needed such people!)

But I did happen to hear her mention "database design"! Well what do I make my living by (partly) doing?! So I also volunteered to try and help with that, too.

So we have to wait a week or two, and then we may be called in for a chat about the roles and whether we might be suitable for whatever we applied to do.

So I am hoping there might be more bunnehs in my life in a few weeks' time, if I'm lucky!

That is just wonderful! :)

perhaps the buns will see there is hope for hoominkind after all! huzzah to Fleetie!

Woohoo to Uncle Fleetie,this is the best news ever,xx Speedy

Oh, Fleetie, you are such a good person! Bunn Voyage!

Well, we can all endorse Fleetie. Rarely has there been a hoomin with such insight to bun disapproval, and this without actually living with a bun!

Well maybe I will get Disapproved Of in person by those bunnehs!

"Oh, no! Not another hoomin coming to step into our pens and make a nuisance of itself! Begone, hoomin! We have important rabbit things to do, and you're not allowed to watch! *THUMP!* "

I really suspect it's the other way around. I'm pretty sure Mr. Bun is doing a whole lat more for me than I can ever do for him. I bet that's how it's going to go down for Fleetie as well. He thinks he'll be doing something for the bunns ;-)