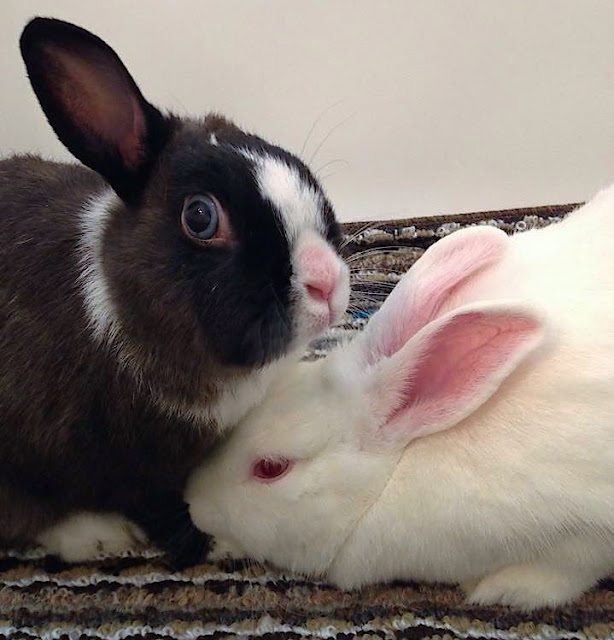 Before Suzy's ears  picked up anything, her hind paws let her know what happened. 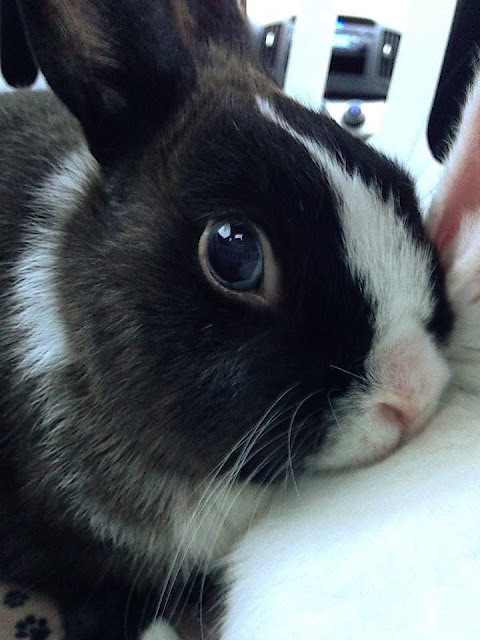 I panicked and started paddling back, trying to come out of the hole, thrashing a lot and sinking deeper. Molly tried to pull me up, but in my crazy panic I slid out of her paws like an eel.

I went in head first and tumbled into the freshly kicked up dust storm. Afraid to sneeze, I closed my eyes and put paws over my nose. I knew I would blow up the joint to bits if I let myself sneeze.

Upstairs, the rumble of hoomin shuffling about, grew louder. We froze and waited. Which way will it turn? 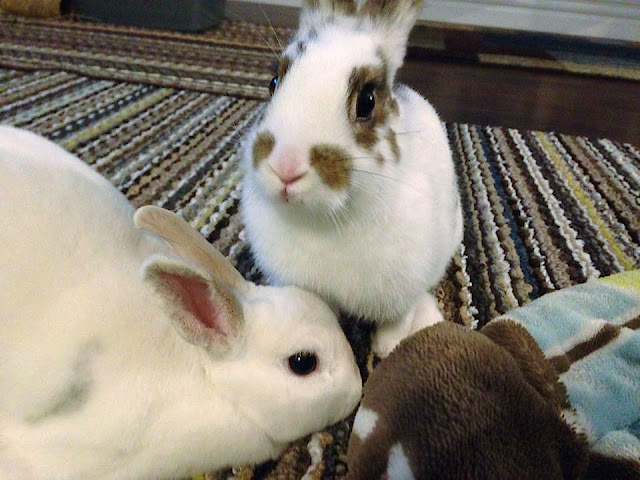 If he turns right and heads for the bathroom, we might have a chance. Turning left would mean he's going to the kitchen and will see the unlocked door.  And we would be ... eh, let's not contemplate that.

He turned right, headed for the bathroom. We sighed with relief.

In the meantime, my nose was itching more and more. My eyes were trying to swim away in tears. Then my nose gave out. Right before it exploded, upstairs, the hoomin pulled the flush handle. My nose let out and kicked up another dust storm.

It felt like it's "half past get the hell out of here". I telescoped and stuck my head out above the floor level. Molly grabbed one paw and did her best to pull me up. My hind paws went into action trying to spring me out of there. At first they just dug into the soft dirt and tilled it. Molly grabbed my other paw and when I got a half decent bounce off the bottom she yanked me up over the edge.

In all this mayhem, my headlight fell off and was now laying on its side at the bottom, bleeding ghoulish, cold, light. I was out of breath and hoping my heart would stay in my chest for just a little bit longer. Molly turned her light off and hopped closer and tried to wipe off my nose. A good while passed before I could sit up.

Suzy stood  facing sideways, watching both us and the staircase. 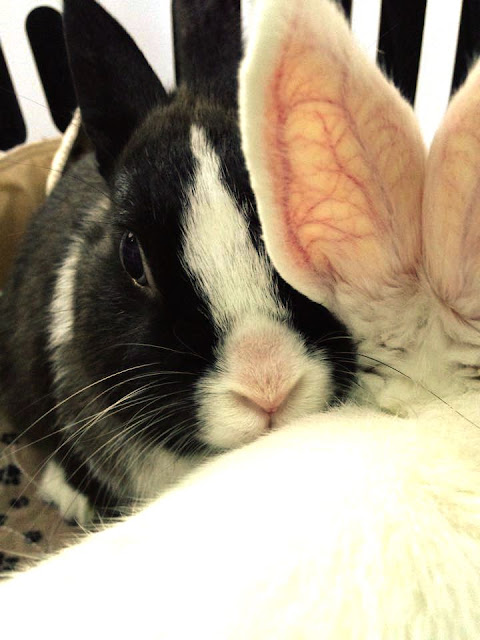 Molly and I moved close to the hole and looked down. We were looking at a sliver of exposed concrete slab and a corner of an old board, decayed and rotting around the edges.

When Suzy came over, we looked at it in silence. Then without saying a word, we went to cover up the hole, slowly wedging removed floor board into its original place. We stretched the rug over it and as best we could, trying to leave the place as we found it.

No light was escaping from the hole and we bid our headlight a silent good bye.
We had to think of climbing back and time was running short. We hoped toward the stairs.

Under the floor board, a tiny, faint sneeze let out. And another. 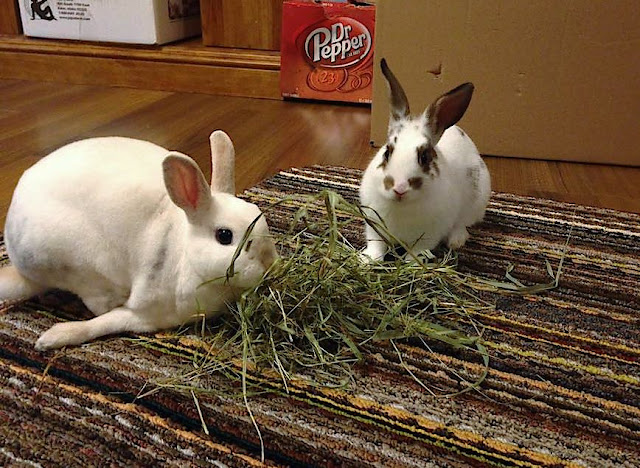 Suzy stopped in her tracks and I almost run into her. She telescoped and listened. "What's going on??," I whispered.
"... probably nothing. Let's go"

"It's probably nothing" are some pretty famous last words, my friends, bunns and humans included. And, in any case, as your old auntie, I can promise you a life filled with adventure, a much more interesting life, if you go find out what made that noise.

I love the shot of Suzy's ears up close. These buns are definitely up to something.