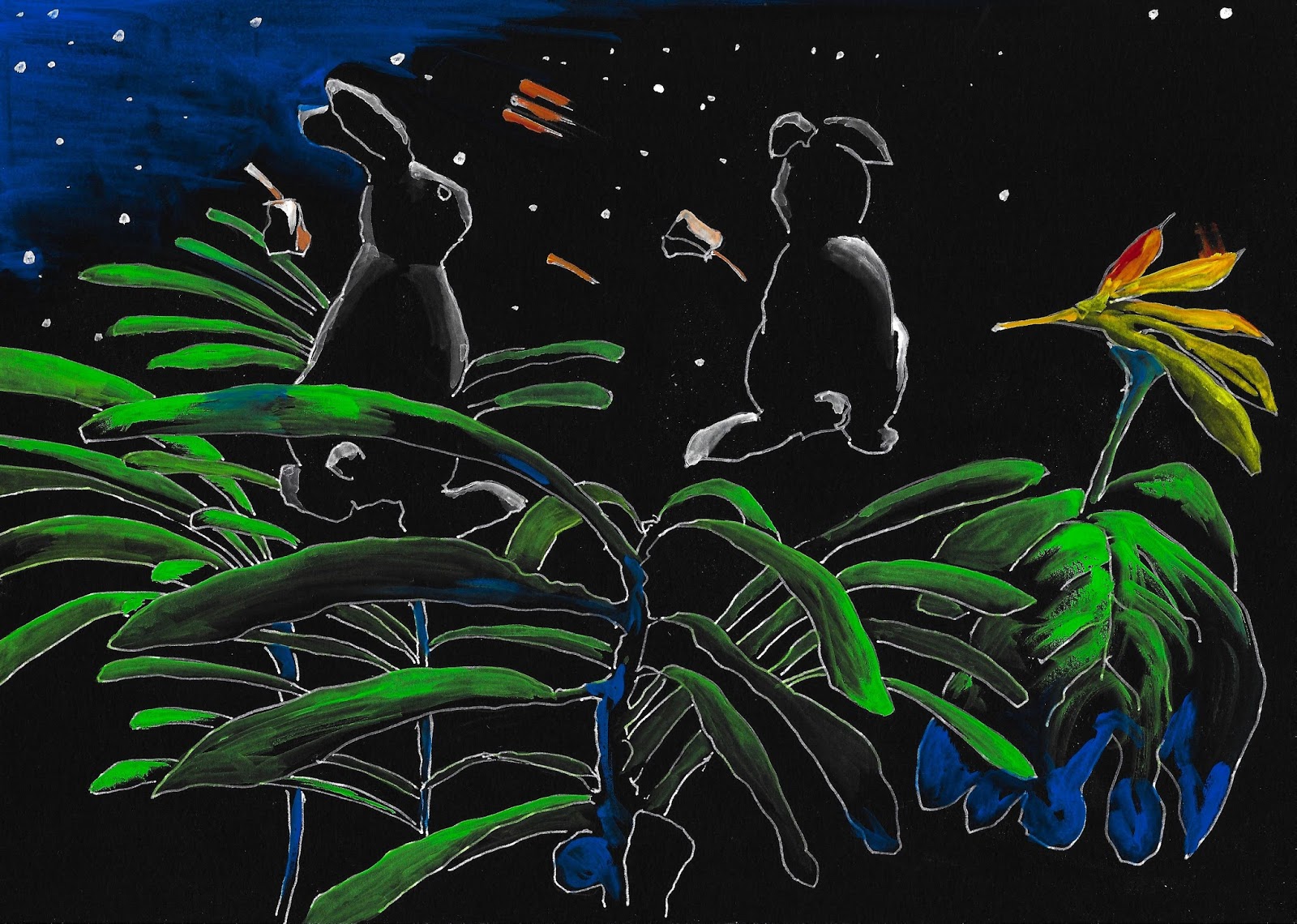 After dinner, when Penny and Freddie had left for St. Cinnamon's, Abby invited everybun for carrotinis on the greenhouse deck. The Buzzard would have to stay docked at the maintenance hub for quiet a bit longer. The technicians found nothing wrong with the airlocks: the airlocks didn't leak. But they did find all sorts of other issues that the head of maintenance would not defer anymore, and he refused to sign off the maintenance logs. As of six o'clock in the evening, local time, the Buzzard was declared not space-worthy. Thus, its crew had the perfect excuse for an impromptu vacation. 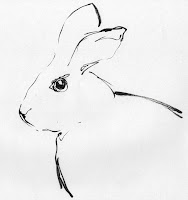 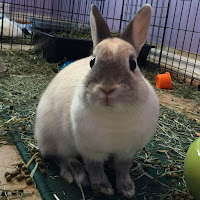 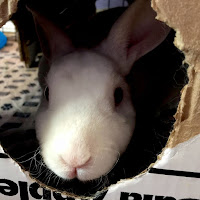 Ava
Abby truly couldn't care less about the maintenance and turned the ship over to Pancake and Molly. They, of course, went on to negotiate the minimum number of items that had to be inspected, replaced, tested and poked with a screwdriver before the grumpy lop of a maintenance chief would relent and release the Buzzard back to service. But even then, the repairs would take a while.
This could not have happened at a better time. Abby needed a break. The problem was not with what she was doing, but with what she was not doing. She was as absent as the captain of the ship. So far, everybun around her stepped up, and life went on, but that's only because her crew worked so well together. Under normal circumstances, they should have declared Abby incapacitated and unable to carry out her duties, but that would involve paperwork, and no bun likes paperwork, nor paper, unless it can be nommed, of course.
They were all going out on a limb for her, hoping that she would come back any minute now with a good grip on things. . . any minute now. The alternatives were simply beyond contemplation for everybun.
While Molly and Pancake tried to haggle with, and smooth-talk, the maintenance chief, Joey, Penny, and Abby arrived at the greenhouse deck, which also served as the observation deck of the hub. They got their sippy bags with carrotinis and went to look for a secluded spot where they could be by themselves and away from news and the prying eyes of onlookers. Word started to get around that "they knew Mr. Toes." The crew found a spot around a clump of overgrown birds of paradise. Some of them were blooming. There were also a lot of giant ferns and other faux-prehistoric flora specimens recreated in the labs. The air was warm and a little bit humid in this part of the greenhouse. Joey brought snacks of fruit and alfalfa. They settled into stillness and watched the traffic coming and going from the hub against the bright, starry night. The streaking ships looked like summer light bugs flying off into oblivion and disappearing from sight once their engines cut out. 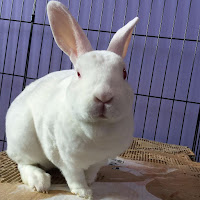 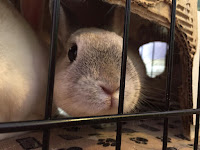 Penny
Finally, still gazing at the stars and mellowing out a bit, Abby broke the silence. "Ava, how did Penny and Freddie end up getting on the flight to St. Cinnamon's?"
Ava tried to clear her throat and started, impishly, "Well, somebun left a communications terminal unattended, and Freddie couldn't help himself. No bun thought much about a senior engineer working on the terminal because they were busy getting that resupply ship ready for the rest of its trip to St. Cinnamon. Freddie saw that he could authorize himself as a commander into that ship's system, and so he did. Next thing you knew, the bio-hazard guys had an amendment to their manifest, and they needed someone like Freddie. He, of course, thought it would be perfect for Penny to go along and get some creative life experience." Ava grinned, but Abby only nodded and said nothing.
On the resupply ship, Freddie and Penny kept a low profile once they boarded the resupply ship. Its skipper was rather suspicious of the sudden change in the manifest. Such changes happened on occasion, but in this case, the very thing that made him suspicious prevented him from pursuing this matter any further. Anything and anybun connected with the activities regarding the St. Cinnamon's base were under the control of the Directorate of Emergency Operations. That made lives tedious and arduous for ship captains and anybun supporting them, such as crew members, maintenance personnel, loadmasters and such. All hazmat buns had their paws full with "paperwork" and preparations. No bun had had to handle any real paper in eons, but in times like these, their paws remained full none the less.
So the captain twitched his nose as if he smelled something but ultimately had to turn his attention to getting his craft ready for departure. 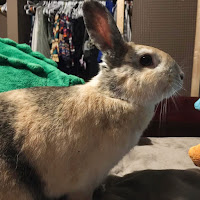 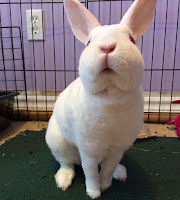 Ava
Freddie knew that he had dodged a bullet and was grateful for the first chance he got to get out of every bun's sight. He and Penny took their bags and retreated to their cabins. As they settled in and the minutes and seconds counted down toward the ship's undocking, Freddie began to fathom the depths of the trouble he and Penny were in.
He knew it was only a matter of time before the captain and the personnel at St. Cinnamon's realized that Freddie had cracked the manifest and that there was no emergency at the hospital involving the air purification system. The only question that remained was how Freddie would pay for bending reality to his will. The thought of it wore him out, so Freddie unstowed a blanket, wrapped himself in it, and resolved to take a good, long nap. One thing Freddie was not going to do was go back on his plan. He is going to St. Cinnamon's, and he may as well sleep on it and see what pops out on the other side of that nap. 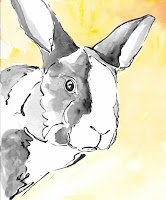 Mr. Toes
Unfortunately, the tentacles of the dark cloud that strangled Freddie's jolly disposition started to reach out for Penny. Before they had a chance to tickle her, Penny decided to take off for the mess hall. Out of politeness, she asked Freddie if she could bring him anything, but he was already snoring. Relieved, Penny made a B-line from their quarters. Maybe she could learn something useful about the latest developments at St. Cinnamon, or even about the mystery ship that had started this entire chain of events.
Credits:
- Renee: taking care of critters, photography
- Mr. Bun, Ijon Thichy The Nth: story
- Mrs. Angie: editing

A fine kettle of carrots going here ... a bunn just can't stay out of trouble for more than a few seconds!