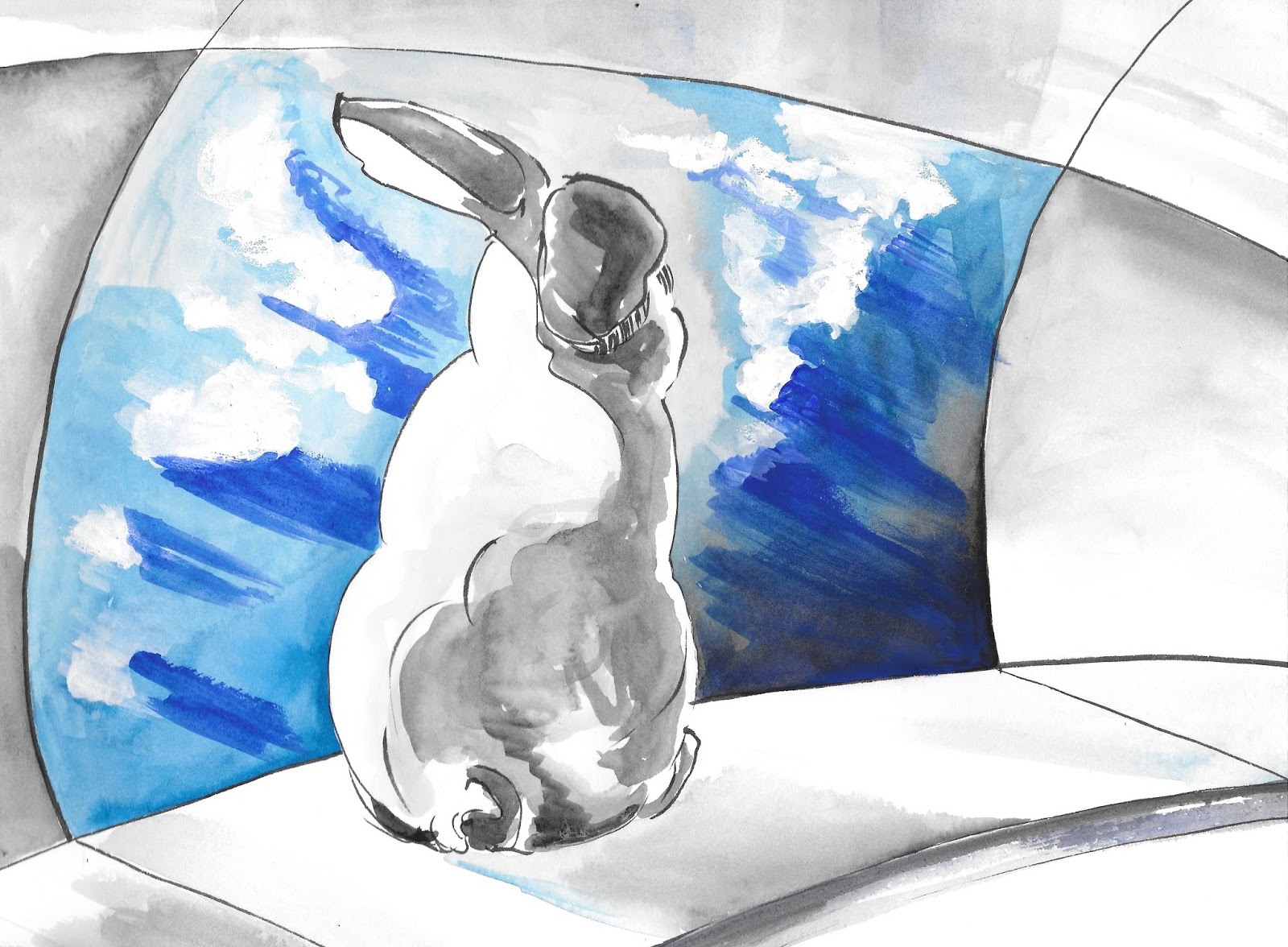 As the gravity continued to intensify toward the 1.0 mark, I enjoyed the weight of the blanket that covered me all the way up to my nose. I had to turn on the curtain in the huge, panoramic window in my pod. I was getting sick. The section of the hospital base that has artificial gravity imitates it the old-fashioned way, by spinning like a weaver's wheel. Because the pods are located on the outer rim of that wheel, the centrifugal force acting on the pods and their contents tries to throw everything out into space. Thus, whatever is in the pod gets pinned to the wall furthest away from the center of the wheel and perpendicular to the centrifugal force. 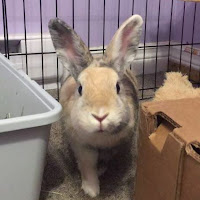 Pancake
I had a look at the planet below, whizzing by, and that was it. I elected not to project any static images on the vast, empty white plane of the window. I thought that maybe I'd work on it the next day.
All I wanted to do was forget about that day, the next day, and the day after that. Again, I fell asleep while contemplating the possible consequences of any errors in our calculations for the automated broadcast of the SOS message from our old training craft. We had hoped it would broadcast two weeks after our return. What if it already tried to broadcast, a hundred years ago? Or, what if it still had fifty years to go before it would start?
I had no idea how Hopper and Mel were doing. I could only imagine that they were going through a torment similar to mine. Tests and debriefings followed by more of the same tests and more of the same debriefings. I was still raw from the welcome-back we had gotten. During the interrogations, I refused to distract myself with any alternative reality that was made available me. Every technician and Intelligence Apparatus Officer insisted on conducting the interviews at some fancy meadow by the woods or in some tropical carrot garden, but I insisted on the here and now. I think they hated this place just as much as any sane bun would. I wondered if they wanted to change the scenery for their amusement rather than to make it easier to get something out of me that the bun before them couldn't.
Thinking about Mel and Hopper, I would gently tap and knock on the wall of my pod, hoping to hear a response, but the walls remained silent; no bun tapped back. Molly
* * *
The Buzzard docked with the repair hub, and the crew disembarked. Repair technicians swarmed the aging craft and looked for non-existent airlock leaks. They probably wondered why such an old tub was still in service.
Pancake headed for the cafeteria, and every bunny followed her, even Freddie. The grub wasn't home food by any means, but it wasn't the worst, either. They found a nom dispenser that could accommodate eight, and they steadied themselves around it using paw rails and foot restraints. The dispenser was a clean and simple-looking contraption. A short, wide cylinder had paw rails and foot restraints attached to it, and the whole unit was mounted to the "floor." It hid the complex mechanics of fetching and serving food orders well.
The crew put in their order and waited while enjoying sippy bags of nutriberry shakes. Except for Freddie; Freddie didn't like nutriberries. He was partial to fermented nanner and berry elixir, and it served him well. Every bun, except for Freddie, opted for the Wild Patch of Greens. It was a big, round patch of hydroponically raised astro-sod, overgrown with thick, fresh, juicy grass. There were tiny wild strawberries, clover, and arugula.Wildflowers grew toward the center, and a few sprigs of alfalfa and dandelions rounded off the platter. In the very middle grew the centerpiece made up of several tall stacks of purple cabbageberry. The stocks had purple cabbage-like leaves, and at the tops of the stocks resided fat, juicy cabbageberries. A creature of this sort could only grow on orbit because the thin stocks would topple over and collapse under the weight of the berries.
When the fair arrived, the cylinder opened up, and the platters of food came out. They were supported on long, spindly arms and rested right in front of each bun. 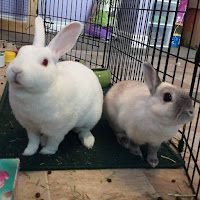 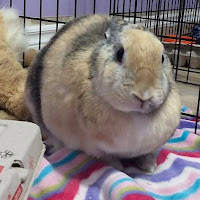 Pancake
Freddie, ah, poor Freddie, ordered rubber chicken kebabs with grilled carrots and apricots. The chicken looked like a chicken and smelled and tasted like a chicken but was never a part of any real chicken. This "chicken" grew around a skewer in a nearby food lab.
They dug in, and all you could hear was the sound of smacking lips. A very gentle, vertical breeze moved the air around everybun and carried away any crumbs, uneaten morsels, and drops of liquid into a big, funnel-like air filter above them.
A small crew in all white and orange fatigues settled down around the next nom dispenser and started on their own heap of greens while avoiding eye contact with anybun. Freddie perked up immediately. You don't see that many bio-hazard crews around, especially the kind that try not to draw any attention to themselves.
Penny and Ava noticed them as well, and they both looked at Freddie. All three paused for a moment. Then Ava got up, wiped her mouf and asked, "Which way are the litter bins?" "Down the tunnel and to your left," pointed Freddie. Penny got up and followed Ava. They floated away and went right past the sign pointing to the litter bins. Instead, they drifted toward the tunnel leading to the Command and Communications module of the hub. Abby paid no attention to them. 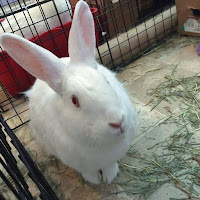 Penny
Freddie got up, checked his watch and decided he had to get ready to catch his ride. He winked at Pancake, but she kept her poker mouf. The bio-hazard crew was deep in reading something and paid no attention to anybun. Freddie pushed off and slowly floated away. Penny and Ava were still gone. A few silent moments went by.
A commotion broke out among the bio-hazard crew. They started to argue and gesticulate wildly before they realized everybun in the cafeteria was staring at them. They received unexpected instructions to pick up additional crew members. They had to pick up a senior engineer who was familiar with air purification systems in bio-containment facilities. Eventually, they calmed down and pretended to carry on as usual, but it was too late. Everybun noticed the uproar. Finally, they got up and floated off toward the docking modules. Lo and behold, right before the bio-hazard bunch disappeared into the tunnel, Freddie, Penny, and Ava approached them. After some short introductions and a brief chat, too distant to be heard by Pancake and the others, Penny, Ava, and Freddie came back to the nom dispenser in a hurry.
"Sorry guys, we have a slight change in plans. We're going to St. Cinnamon's with that bio-hazard lot!" Freddie grinned. He was the one who the bio-hazard crew was looking for. As Freddie's "assistant," Penny had to travel, too.
"We've got to get our stuff; we're undocking in a couple of hours!" chippered Penny.
Abby was stunned. Her heart was attempting a world speed record. Her biometric sensors lit up so red, they almost melted. 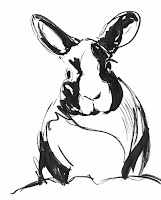 Mr. Toes
"Of course, I see; it's amazing how fast the flight manifests can change these days," acknowledged Abby, trying to sound nonchalant. Ava gave her a frightened look. What she really wanted to say to Abby was, "If you only knew HOW they can change!" Instead, she kept washing her mouf compulsively.
Freddie's original idea to bring into the open everything related to the possible existence of survivors from the missing TR Regis 3 craft involved a ride to the surface and an unannounced visit to the Director of Emergency Operations. Freddie wasn't sure how he would present his case regarding the fate of the three alleged survivors. He contemplated pleading, blackmail, and threats of an unspecified violent nature toward the Director. But now, Freddie had a chance to see for himself what was happening in that hospital on high orbit. He knew he would still have to visit the Director, sooner rather than later.
Freddie, Penny, and Ava hugged everybun and promised to be back soon.
"Good luck troubleshooting that air purifier!" grinned Pancake as she waved at them.
"You know, Pancake, I think we need a vacation. This is as good a place as any for doing nothing," said Abby. After a long, quiet moment she wondered, "Pancake, do you really think they'll find something?"
"As long as there's something to be found, they will dig it up, I'm sure." responded Pancake with strained certainty.
Credits:
- Renee: taking care of critters, photography
- Mr. Bun, Ijon Thichy The Nth: story
- Mrs. Angie: editing