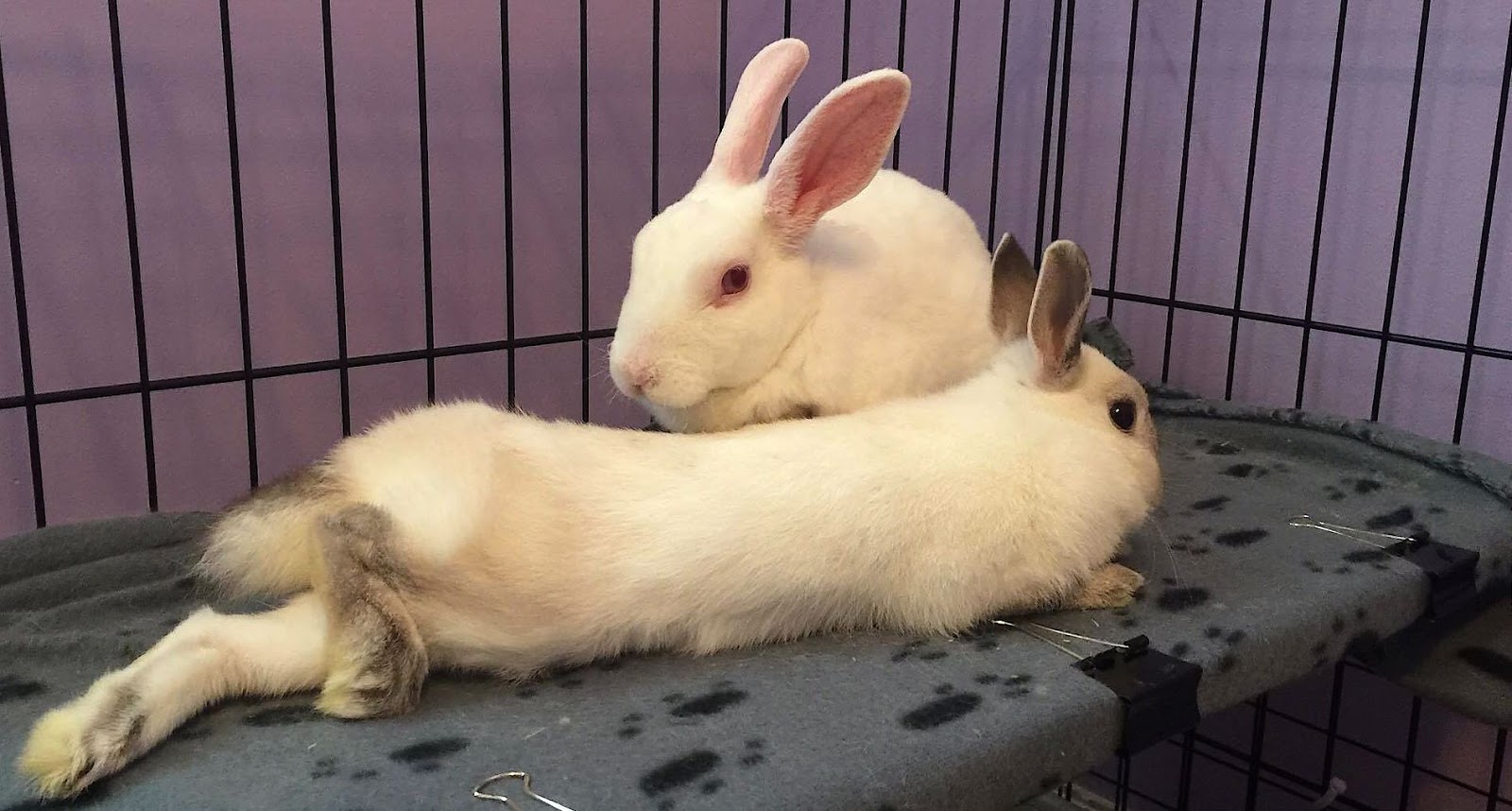 Last Week on the Disapprovers: Abby, Mr. Toes, and Freddie watch the view from the ISS, and Mr. Toes contemplates the questions future holds for The Disapprovers crew.
There was much elation after our return from the ISS. Freddie—yes, Freddie—tried to explain to every bun that floating in microgravity was like a never-ending binky. Pancake just grinned and stared at him, not because his description of the "never-ending" binky was so evocative but because she's never seen him that animated. Abby told every bun about our exploits during the short night on the ISS, and we enjoyed following up on the events at the station. 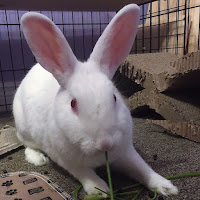 Abby
The crew of the ISS had quite a positive reaction to our peace offering. One of them consumed most of the evidence in a couple of bites before getting zero gravity tackled for the remains of the nom.
The little elementary school hoomins were most amused by something eating their space-grown lettuce. One of the cosmonauts said that it looked as if a rabbit ate it, but that's impossible because there are no rabbits in space! He insinuated that his colleague ate it, or maybe that rascal American did it. The kids were unconvinced and insisted this had to be the handiwork of a space alien or aliens. One little girl that said it would be nice if rabbits could live in the ISS along with other small animals. 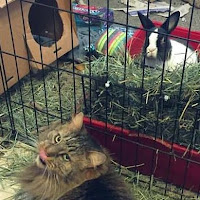 Bruno & Mr. Toes
Vladimir, the lead spacewalker, did very well during the EVA. He packed a little picture of his grandpa in his spacesuit, and he made grandpa proud. The capcom had to prod him a couple of times when Vladimir got quiet for a bit longer than what ground control was comfortable with, but he carried out the repairs without a hitch. When Vladimir emerged from the airlock after returning to the ISS, his eyes were all red and puffy. He tried to blame it on poor sleep the night before, then on the CO2 scrubber. Was it leaking lithium hydroxide again? I knew better.
Once the show simmered down, we began to nom on the dreaded and chewy question of "What's next?" As I suspected, it was in the back of everybun's mind. The only thing we could agree on was that we'd decide nothing until everybun gets to visit the ISS. We all thought there's no substitute for a direct experience of this sort. It is guaranteed to open, if not obliterate, everybun's mental cage. 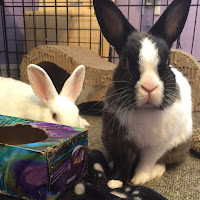 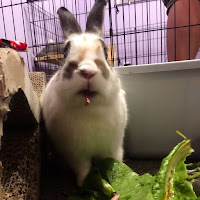 Molly
We tried to form a plan of action to deal with some unpleasant possibilities, beginning with the worst case scenario of our cover getting blown. I don't mean our hoomins getting wind of us sneaking out of the house or discovering some of our equipment. I mean someone coming across the underground artery leading to Singularia. That brought us to dealing with our hoomins in case we had to evacuate. Do we make arrangements for them to settle somewhere else, or should we leave them to their own devices? Did we have any right to let the hoomins, even if they were our beloved hoomins, out of the confines of this planet? What about ourselves? What if we already took on too many of the hoomin traits? What if we weren't any better than them? Are we liable to commit their mistakes and atrocities in the name of some grand plan or universal justice?
We discussed the notion that we should open our discovery to a larger audience. Maybe we should create permanent ports for others to use however they see fit, to make it easier to carry out small operations like ours, on a much wider scale. The unappealing possibility it implied again involved the secret getting into the completely open and everybun losing access Singularia. It meant hoomins getting their grubby paws on her. 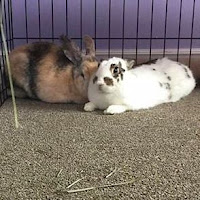 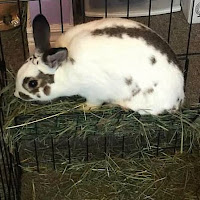 Molly
Then we argued the pros and cons of planning a prolonged campaign to improve the lives of as many creatures as we could versus planning to go completely off the terrestrial reservation. Freddie wanted to find the origins of Singularia. He wanted to explore the habitable possibilities in more exotic locations of the universe.
Molly and Freddie advocated direct action in the fashion of the lab bust to liberate bunnehs from meat farms and labs and to shame and bankrupt the perpetrators. For starters, Molly suggested an "inventory transfer" for one of the prominent, big money grocers. "Around a traditional holiday, why don't we supplement the grocer's freezers with other frozen pets, moved over from particular, exotic locations on the planet. What's the problem? We would move stuff around that's already there!" 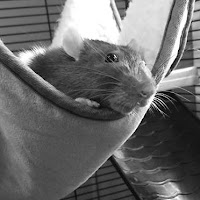 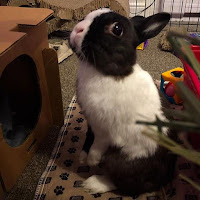 Mr. Toes
Freddie thought it would be great to visit our "good doctor" in the prison. He and Molly agreed they could make "it" look like an accident. I didn't care to find out what they meant by "it." Then he talked about moving most of his workshop to the wreckage. He talked about feigning his escape into the outdoors so hoomins would not try to find him so he could move to the wreck permanently. It was the peace and quiet that appealed to him. He wanted to explore the wreck in depth.
Sadly, we had to say goodbye to Lincoln. Again, age and time had gotten to one of us. Ava came up with an idea to honor all of our crew members who had died. What if we mixed a little bit of their ashes with paint and then painted with that a part of a satellite or a deep space probe? I think that's a pretty good start. I believe that it would be even more fun to find that mothership we keep talking about or maybe that planet we're not supposed to know anything about, and let them rest there? We would have never been able to do all that we've done without their help.
Credits:
- Renee: taking care of critters, photography
- Mr. Bun, Ijon Thichy The Nth: story
- Mrs. Angie: editing

With all the adventures this crew has, it's a wonder they have any time at all for disapproval.

That is one fluffy little foot displayed for all to behold!