The Disapprovers - The Corridor

The early morning felt bitterly crisp. The stars seemed brighter and sharper. We clawed as hard as we could to uncover the little tunnel leading to the artery. Bruno, Suzy and Abby kept a lookout. Zeus and Milla worked on equipment checks. We had made a change in plans and I now would be going with Molly, not Abby. Since Zeus and Molly were already familiar with the artery, we thought it would make sense to have them do the EBA with the rookies. 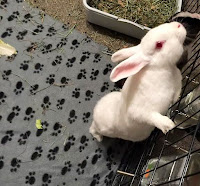 Abby & Mr. Toes
When we finally got the opening cleared, Molly darted in, Zeus and Milla followed with their disassembled roll boards. When Molly got the artery open, they tossed in the parts and jumped in. Zeus and Milla deftly assembled the boards. I dragged in all our parts to the opening. Molly got into the artery and I slowly handed her all the stuff. Our boards were bigger than the ratties' so we had to be extra careful. Zeus watched us put them together and when we were done gave us a few, small, signal amplifiers to be placed along the way. He really wanted to eliminate any communication blackouts.
Once Zeus and Milla were on their way, Molly and I got on our boards. She started to roll using the electric motors until the artery started sloping down. I followed. As we picked up more speed we had to put on a little bit of breaks and at the same time re-charge our batteries a little bit. Twice we stopped and left behind the amplifiers. We knew the artery would clean them up eventually, but for now we had a stronger signal. The overhead light glow followed us all the way down, like a moving tunnel light. The ride was a bit overwhelming and the best I could do was to take it one breath at a time. Those breaths felt like they took forever. The ride was surprisingly smooth. Since we didn't let our speed get out of hand, it dampened any bumps. 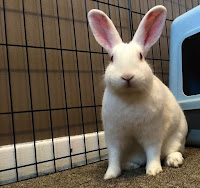 Abby
After a while we heard Zeus on the radio, "We're at the end, smooth ride all the way!" We still must have been a ways away from our end. I didn't look at my tracker, we were going to get there when we were going to get there and taking my mind off the task at hand would do us no good.
Just then Molly exclaimed, "I think this is it! Break!"
We slowed to a crawl and then stopped at the rounded, cavernous end.
"Frankie, radio check." I called out.
"Loud and clear, Major" replied Frankie.
"Same here." added Zeus.
I felt relieved hearing their voices. I slowly got off the board and stretched. I did my best to to pretend I felt at ease, but my legs weren't buying it, they were cold and rubbery. Molly was already up and telescoping, looking over the smooth end of the artery, with the familiar dark area where we hoped to make an opening. I handed her some water and got myself a dried carrot. I needed something sweet. I nomed it slowly and looked around. Behind us was the narrowing pathway of the artery, looking very small compared to its ending. The overhead glow followed us all the way here and we could probably turn our lights off if we wanted to. Molly finished her snack and was eager to get going. 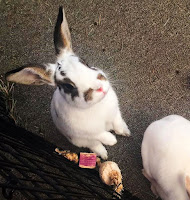 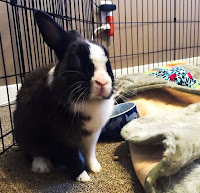 Mr. Toes
"Come on, Major. Let's see what we got on the other side of this wall. I want to get out of here before my bravery vitamin wears off."
I said, "Wait, let's turn the boards around, get them ready for departure and make sure we can drive off." So we did and while checking the batteries. We were showing about 84% charged; I was impressed. I hoped it would be enough to get back to the top.
We came up to the spot where we hoped to make an opening and pressed our bare paws against it. I looked at Molly out of the corner of my eye. She was as cool as a cucumber. She had to be made out of steel or granite. 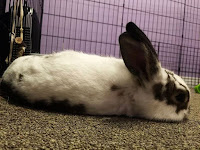 Molly
The wall or tissue slowly parted. There was no dirt or soil behind it. I strained to peer inside. The place was pitch black, nothing glowed inside it, it didn't look like the artery extended into it.
"Does this look like anything at all to you, Molly?" I whispered.
"Not one bit, Mr. Toes."
"Frankie, are you getting this?" asked Molly.
".... yeah." replied Frankie, slowly.
It looked like ..., like an old, giant, metal tube, empty and deformed. Its insides were covered with something moss like, dust or something. Was it an old sewer pipe or something? A mine access tunnel?

Mr. Toes
We stretched up as much as we could to get a better look and we slung ourselves over the edge of the opening. We put on our night vision goggles, but even with that it was to tell what we were looking at. We kept staring and hoping to make some sense out it.
"Oh wow, that's beautiful!" we heard Suzy on the radio.
"What's beautiful?" I asked.
Suzy replied "... the place where Zeus and Milla came out. We're watching their video feed. Over there, the artery opened up to a little burrow leading to the surface on the southern end of the hill we're on. The town at the foot of it is covered in fog and there's yet another thin layer of clouds above that. It all catches and diffuses the lights coming from the town. Yet, a lot of the brighter stars are still visible."

There better be somebody coming. It's about time these fellers got found out. We can't wait forever for the story to end you know. Or ....

I spent a few hours binge watching spy capers with "The Americans" season 2, followed by "The Disapprovers" weekly installment. Oh the intrigue!

So, at one end of the tunnel is a sci-fi sponge, and at the other end is a Thomas Kinkade painting...interesting indeed. Have the hoomins really not noticed any signs of the EBAs? Surely, they found a tiny pair of night vision goggles lying around, or perhaps noticed the extra muscles on Mr. Toes?
-Jen (Kohl's mom)