The Disapprovers - Both Sides of the Cross Section

Hoomins brought Bruno back from the vet rather quickly. The guy was sore, but nothing was wrong with him. Bruno wasn't too happy, but what the heck, catnip tea would make everything better, especially on a sore, cold and stormy day like this. 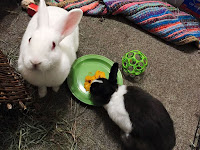 Abby & Mr. Toes
As soon as the hoomins called it a day, we met with Zeus. The sun had gone down, but Bruno was still warming himself up over a hot nip. They toasted the day with spiked tuna juice. Their twisted and contorted moufs confirmed how solid and heartfelt their toast was. Frankie kept to the laptop, working away. When did the guy ever sleep? We brought snacks and treats. We hugged Bruno and Zeus and left them to celebrate. We gathered around Frankie; Molly and Suzy on one side, Abby and I on the other. Frankie smiled when Abby handed him a bag of mini snickers.
He showed us the first part of the rover's video. The tunnel or artery, whatever it was, came to a dead end. It had one of those dark indentation, leading us to believe it could be a pathway to another section of the "artery". We noticed something peculiar. When the rover returned to the starting point, the piece of the probe left in the "artery" was gone. You know, the one snipped off by the opossum. We looked at each other, because no one retrieved that thing. Frankie just raised his shoulder and said "Beats me, I've no idea what happened to it. Maybe something squirreled it away?"
"Frankie, the entire 'artery' is pristine. I think it disappeared the same way dirt disappeared from there." said Molly.
"Very possible." said Frankie and kept rolling the video. We watched the rover return to its starting point and Frankie fast forwarded through the part where Zeus changed its power pack.
"Frankie, can you pause here?" asked Molly.
Frankie paused the video, catching a strangely contorted close up of Zeus' grin, weirdly staring at us. 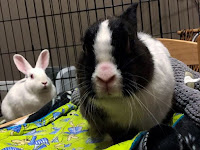 Mr. Toes
Then Molly told us about the spat she got in with Zeus, when she tried to take a sample of the "artery". We nodded, Frankie agreed it was a good thing she didn't take a slice of the artery and strangely enough it was a good thing that she got the blade out. After all the "artery" didn't react to that. So what did it mean? Is the "artery" some sort of a machine or a vegetable; did it sense the danger and chose to do nothing?
Frankie resumed the video. After a while Molly pointed out the spot where she and Zeus stopped and turned back. How did she know that? I couldn't tell the current spot from where the rover was 2 minutes ago. We watched as the rover went farther and farther into the "artery". Surroundings didn't change much at all. Finally Frankie started fast forwarding all the way to where the rover stopped. It's gone down about a 100 feet, tracing a slowly curving spiral. As the rover got closer and closer to the end of this segment, the artery increased substantially in diameter. It came to a rest in front of another dark indentation, except there was enough room to stack at least 3 Abbys, standing tall, fully stretched; maybe even more. The ending was round and concave, with a smooth surface all over. The rover backed up and rushed rolling forward, climbed up the dark indentation, then tumbled and rolled back down. Of course the indentation completely ignored the rover. I hoped in secret that we would see an opening form, but so far the "artery" continued to ignore all of our mechanical devices. 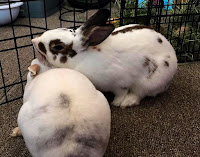 Molly & Suzy
Frankie pressed the fast forward button again and turned away from the screen, folding his arms in front of his chest. I kept watching the video, but all I saw was the rover coming back to where it started from.
"Why did it go down that far? It has to be close to the bedrock here" asked Abby, but Frankie only shook his head.
"Do you have any idea what this thing is made of yet?" asked Suzy.
Frankie looked at her and without saying a word turned back toward the screen. The last, jittery frame of rover video disappeared and Frankie tiled the screen with a serie of black and white images, looking a little bit like CAT scans. Each one had a thick, black circle, surrounded by a thick, light gray border. Then the whole thing was surrounded by medium gray. Frankie said the black area in the center was the empty space of the "vein" and the medium gray on the very outside was the terra firma surrounding the "vein" . The light gray ring was the cross section of the "artery's" wall. When you looked closely though, that wall wasn't solid, but appeared to be made up of slightly lighter or darker, rings, like the rings of Saturn. One ring in particular appeared thin and solid white in the dead center of the thick ring. 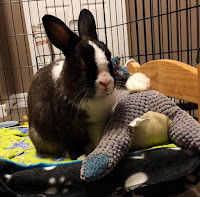 Mr. Toes
Frankie zoomed in on one of the images, pointed to that white line and looking at us said "We noticed something curious in this layer; it's absolutely alive with electromagnetic activity."
Credits:
- Renee: taking care of critters, photography
- Mr. Bun, Ijon Thichy The Nth: story
- Mrs. Angie: editing

Suzy butt! My day is made. Must be hard to get anything done with all this cuteness around!