Zeus turned to Molly and said, "Here, put your paws on it and try to steer it." Molly put her paws on the tablet and touched the control arrows and tried to steer the rover probe. The controls were very sensitive and at first the rover moved very erratically, trying to run up the side of the "loofah". "Slow down, Molly....", said Zeus, "... the smaller and gentler your corrections the smoother it will go."
"I'm trying, Zeus, I'm trying." whispered Molly, concentrating on the rover. Finally, she started getting the hang of it and the rover started rolling in the direction where we first noticed the opossum. As the rover rolled farther , it came into view of the disabled probe, still transmitting video. We watched the rover get smaller and smaller as it traveled deeper and deeper into the mystery, casting a pale light on the..., the thing we still didn't have proper name for. 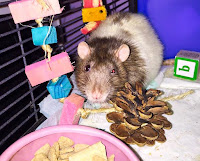 Molly paused the rover from time to time, spinning it around and looking for clues as to where our little marsupial friend came from. There were no obvious indications of where somebunny could enter this "artery". The overhead glow we observed when the opossum walked toward us was gone. The surface of the "artery" guarded its secrets well. From time to time we saw a dark, pretty deep, round indentation in the wall, but that's about it. The "artery" curved and weaved on and on. What we didn't see was just as interesting. We saw no animal droppings. If one opossum run through it, acting like she or he owned the place, it would make sense that there would be more of them roaming about and doing their business right then and there. There was no dirt either. No leaves, no decomposed organic matter or anything. The place was pristine. I thought if the place is x many years old, I'd expect it to be clogged up with that x many years worth of dirt.
"What's going to happen when the rover loses contact with us?" asked Abby.
"It will continue to travel as long as it can until the batteries have just enough power to get it back to where it started from. Plus 10% reserve, I think." said Frankie, watching the incoming metrics on a screen in adventure control.
"Frankie, are you picking up any movement from the hoomins? It has to be getting light pretty soon. Can we risk staying here much longer?" asked Suzy. She and Mila continued to keep watch in the window and had to be bored out of their minds by now. "We're out of snacks and things to do here." added Mila. 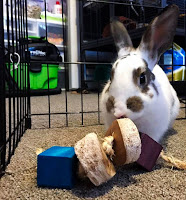 Rover kept rolling and rolling and there seemed to be no end to the "artery". Finally, its signal started to get weaker and Zeus decide it was time to let the rover explore on auto-pilot. When signal deteriorated even more due to the distance between us and the rover, the rover stopped trying to send any video. It amplified its signal and attempted to send only its coordinates. Now we could only estimate where the rover was. If and when it turned to go back and got into range of a better reception, it would send us all the data it collected; pictures and all.
For now we had no idea how long we would have to wait for the rover to come back. 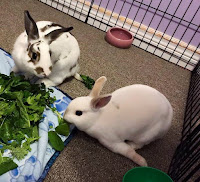 "How about we take a peek inside?" asked Molly.
"Do you want to crawl into it?" asked Suzy.
"Sure. It's safe enough I think." answered Molly and continued, "... while the rover keeps going one way, we can go the other. The "artery" is tall enough for me to move about in it. I could take a walk in there for 5 minutes one way and turn back." 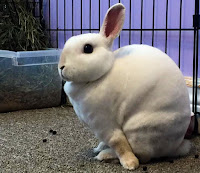 A long silence followed.
"Does anybunny have any objections or ideas? ...anything?" asked Suzy.
"Zeus, can you get out of there on your own when you're done? Can you reach the top of the "artery" and climb out?" asked Molly.
"Nope, I can't reach the top standing there. I'm way too short for that, Molly would have to help me up or I'd have to have a rope or a ladder, or something to climb up." said Zeus.
"We can remove more dirt from the tunnel to lower the entry into the 'artery'." said Abby.
"Let's dig!" I said and instantly I felt my legs turn into noodles.
Then we heard Suzy, "Abby and Mr. Toes, will you please start digging; Zeus and Molly, can you get ready now?
"We're on it!" said Abby and she darted into the tunnel. I followed her. I felt like a part of me wanted to stay put and another part of me wanted to go for it in a hurry. The parts were fighting over my legs, trying to keep them still and moving at the same time. Somehow the part of me that wanted to get on with the adventure was winning. 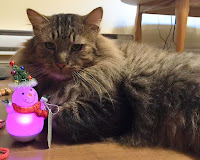 To lower the entry point for Zeus took a lot of work and I was beginning to worry that we might run out of time. Abby dug hard and fast, I struggled to keep up with her. When we backed out of the tunnel we were exhausted.
Bruno was getting impatient too, licking his paws and nervously wiping his face. When I asked him, still panting, what's wrong, he couldn't tell me and only said "I don't know, man; I can't put my paw on it. Maybe I'm just over excited."
Molly and Zeus finished their equipment checks. Zeus made sure they were registering a good signal on the tracker.
"How are we looking, Frankie?" asked Zeus.
"Very clear, remember to place the repeater by the opening!" responded Frankie.
"Right!" said Zeus and started rummaging in his backpack for the repeater. It took him another while to turn it on and get it ready.
Finally they were good to go.
"5 minutes and you will turn back, if you're not back at the opening in 15 minutes we'll assume you're missing and will commence a 'search and rescue' operation." said Suzy, still perched in the window at the house.
"We'll be back on time!" said Molly and followed Zeus to the tunnel.
They put their paws on the "loofah" and in a moment it reacted, they had the opening.
Zeus stuck his head inside very slowly, looked around and asked, "Molly, are you ready?" 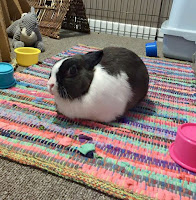 Wow Wow. I read The Martian, but this is way better. So far a three Snickers read! Time to restock my candy supply!

This is great stuff, with or without the Snickers.