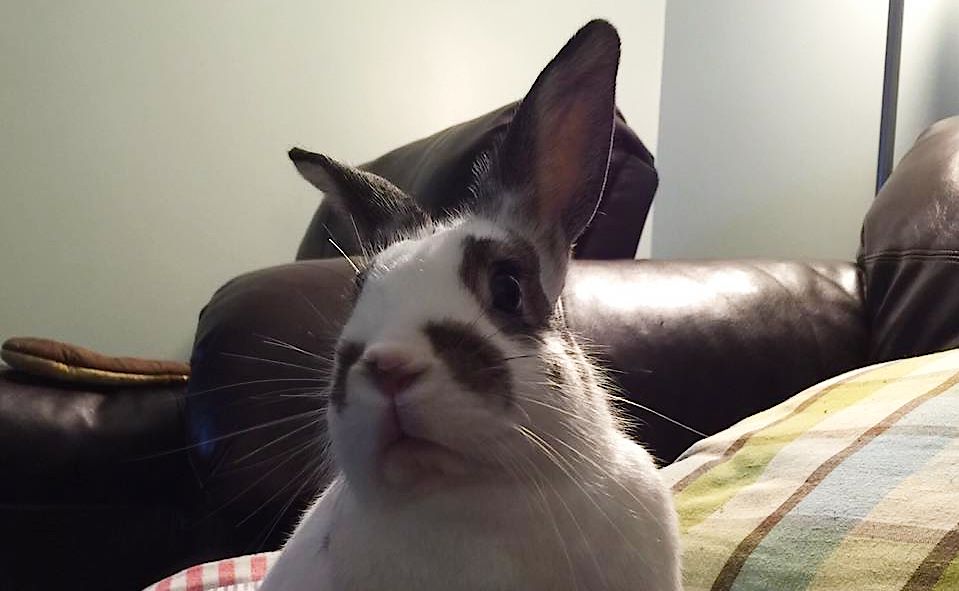 Last Week on the Disapprovers: Suzy, the beloved member of The Disapprovers, becomes gravely ill and dies. The grief-stricken crew goes on a field trip to an astronomical observatory in the southern hemisphere. They reflect on the passing of Suzy and stargaze at the Lily Nebula in the constellation of Ara.
My grieving continued when the excitement of my excursion to the observatory wore off. Things were different now, and I'm glad I got to see the Lily Nebula, but life as I knew it changed forever. I struggled with being patient and wished that time would hurry up and do its job. Poor Zeus didn't want to go on the stakeout to the lab by himself, so he talked Frankie into going with him. He promised Frankie they'd explore the wreckage on their way back. Frankie acquiesced after prolonged hesitation. Frankie didn't want to leave Freddie's side. Everyone was on their tippy paws and uncertain about what was lurking around the corner. Zeus said they would only explore the lab in preview mode, never leaving Singularia. He said there was no need to take any chances at this point. That's exactly what Suzy would have wanted.

Mr. Toes & Abby
They went on the stakeout as early as they could and started watching the people come into the lab. Zeus realized he wasn't sure whom he was looking for. How did we miss that? He had one kind of professional in mind and now had to take his chances by profiling the people in front of him, hoping that one would fit a certain worn-out stereotype. 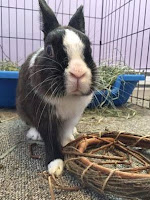 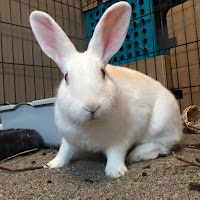 Abby
Finally, Zeus noticed a lucky break walking by the receptionist's desk. Dressed casually to the extreme, a slim satchel hanging over his shoulder, a black t-shirt stretched tight over his chest with a short line of text printed in white that read "#!/usr/bin/perl." He tagged Frankie, and they followed the dude past the disengaged receptionist, down the hallway, and to the left. Why is everything always "down and to the left"? Anyway, they came to a secured door, and their subject swiped a badge across a sensor. They heard a click as the door lock released and the guy pulled the door open. Zeus and Frankie followed him into a nondescript, gray, and gloomy little cave of a room. It smelled damp, stale, and musty. There was a large, cluttered desk and a couple of filing cabinets behind it. Next to the door they just came through stood a dusty old press-board bookshelf that has seen drier days, now puffed up and leaning against the wall. In the opposite corner stood a small server rack; a small oscillating fan stood in front of it, blowing full throttle. Zeus thought that poor thing was going to die from propeller overspeed. 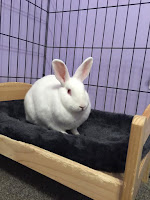 Abby
Zeus and Frankie got themselves situated on top of the cabinets and settled into the routine of watching the sysadmin. They sat and watched, glad that they weren't sysadmins themselves. As the morning droned on, Zeus felt relieved that he didn't have to punch the clock for a living like the sorry sod in front of him. If he had to do that, he was sure that he would put a can of compressed air to his ear and vent out his little ratty brains. Then he realized how silly that sounded because it could be worse, so much worse; behind-the-wall-in-the-next-room worse, and where-all-the-critters-sat-in-the-cages worse. He was here because, for some, it was worse beyond revulsion. 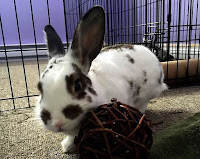 Molly
Zeus got into a "surveillance meditation" state of mind. He watched the guy and repeated to himself slowly and quietly what the guy did. "Log on, log off, run a command, wait, wait some more, wait some more; check the phone, run a command, wait, wait, wait; check the phone, wait, wait; open text editor, start a script, write, write, run command, run command, pick up the phone, talk, talk, talk; open browser, look, look, look, look; save files, save files, look, save files." Zeus felt Franki punch him in the shoulder. It brought him out of the trance. They stared at the sysadmin's laptop screen. "Holy Supernova Mother of Bun!" Zeus thought. He felt a shiver travel from his nose, on through to the tip of his tail and back again. Then all of the little hairs at the top of his head bristled. He realized that he knew what the sysadmin liked, what he did with it, and where he kept it. Zeus had never before thought of himself as a travel agent or a vacation planner, but there was a first time for everything. He knew he would have access to everything in the lab, whenever he wished, and the sysadmin would do his bidding. Zeus knew he could arrange a long-term, federally funded vacation for the gentleman in front of him. He also sensed the gentleman would never come out of that "vacation" other than feet first. He didn't strike Zeus as the kind that would last. He would never fetch a single clove cigarette. 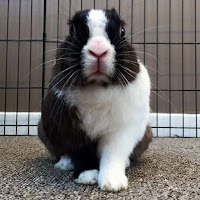 Mr. Toes
Zeus felt like new. The fish wasn't just in the barrel now; it was already fried, served, and cleaned up. So Zeus and Frankie sat and watched, putting together in their heads the chain of events that they would have to make happen next.
They had what we needed for now. Zeus could let Singularia figure out the exact coordinates within the room from his recollections. As soon as they left Singularia at the wreck, they checked in with us and shared the good news about the sysadmin. We were ecstatic!
Zeus kept his word and took Frankie to show him parts of the wreckage.They disappeared into the wreckage, and we watched the live feed of their wanderings. They went by the capsules quickly and only briefly stopped by the one containing the remains. Zeus was looking for something. This thing had to have a propulsion system, maybe a workshop. Maybe something remained intact?
Credits:
- Renee: taking care of critters, photography
- Mr. Bun, Ijon Thichy The Nth: story
- Mrs. Angie: editing

Follow Molly, Abby, Mr. Toes, Frankie, Freddie, Mila, Izzie, Zeus and Bruno on FB
On Instagram @dollyalittledisabledrabbit
Visit our About the Disapprovers page to learn more about the cast members and catch up on older episodes!
Posted by Mister Bun at 3:00 AM

Wow! A little ratty figured out the mystery of a sysadmin?! That is truly incredible; I figured *no one* knew what those folks did all day! (Reminds me of the movie Haiku Tunnel, hehe :)
-Jen (Kohl's mom)

The old person, having concentrated on the hand to hand fighting for some time, knew how to convey a touch of aim into his punch. What's more, on the off chance that you knew the privileged insights he knew...then you would have that same kind of force. The key to what the old person knew I have itemized in this article, so read it deliberately. http://www.mordocrosswords.com/2016/06/strikes-with-revulsion.html