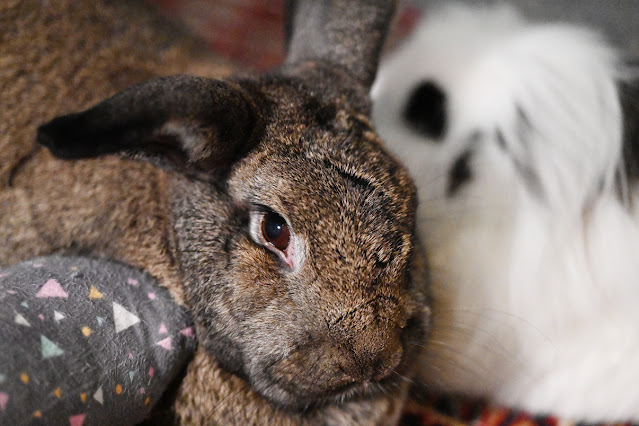 It's true what they say about La Florida - turn the heat on in the morning and the AC in the evening!

Poof - and it's Friday - or it feels like Friday. My hoomin has the rest of the week off.

Thump! No bok choy in the salad this evening - then I smelled it getting stir-fried! Thump! Not fond of that stuff anyway.

He called me bun-dito. What the thump?

It's been quiet here all day except for the sound of "comfort TV" in the background. Really, hoomin? Some dude named Kojak circa 1975? Hoomin claimed that was only the background noise when he worked on the flash cards.

I swear if I hear "Who loves ya, baby!?" one more time ... I know where the router is. I've been to that room - all that spicy hay, exposed, in plain sight Just saying ...

The genius decided it was a good day to go out and get a pointy shovel. No - make it two pointy shovels! He came back and whined it was too peoply out there, and he's been wholly overpeopled. He, he.

Strange news broke out in the afternoon - the US defeated England 0:0 in the something something Cup.

It's another quiet day in the making - we're keeping our paws crossed. At ten in the morning, all the airports in the area still report fog - a great day for making flash cards. We're all feasting on our favorite treat foods.