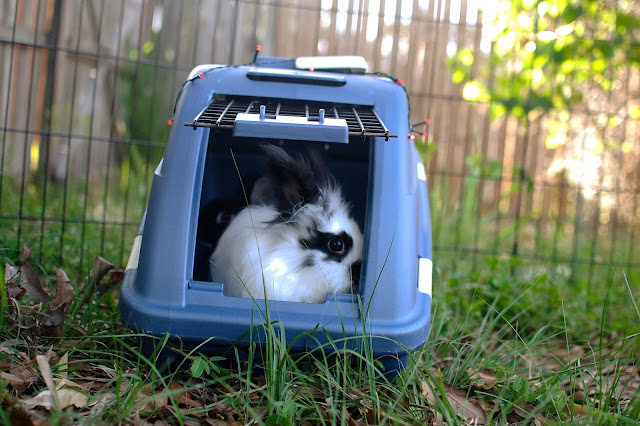 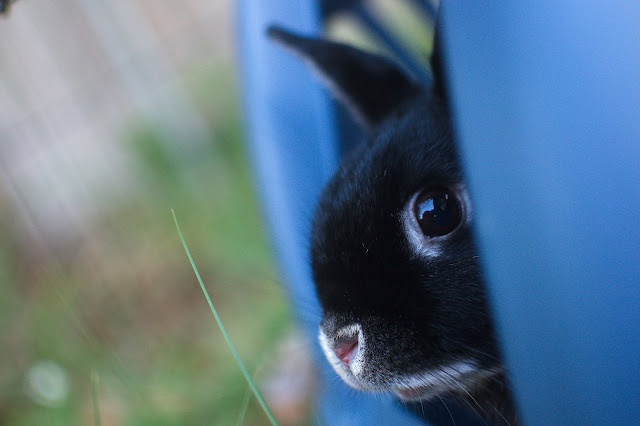 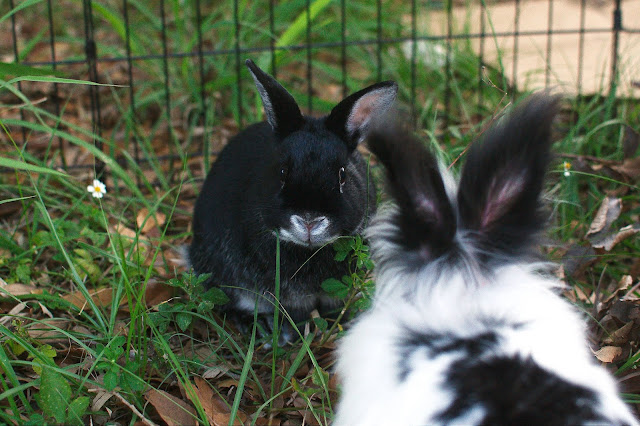 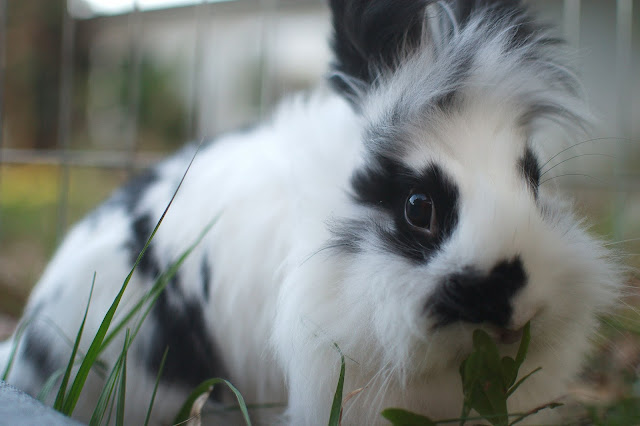 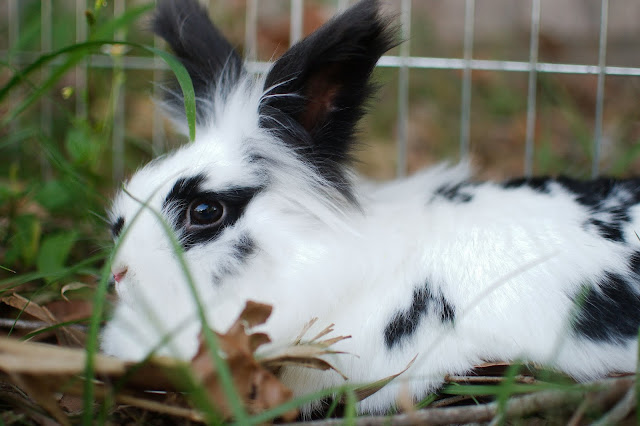 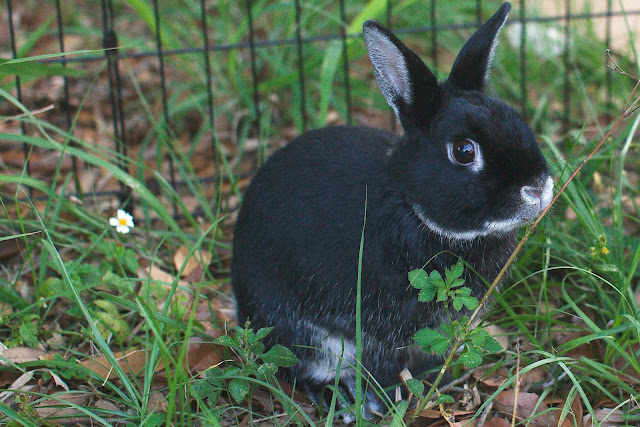 We touched down on the western edge of the Sea of Backyard on Thursday afternoon, a little past 22:00 Universal Coordinated Time.
The landing was uneventful and very soft despite the strong, gusty winds. As predicted, the atmosphere was hot and dry. Gus insisted we have the exterior lights on, because “You can’t go on an adventure like this without some glowy things!” As much as he wanted to be in charge, I ended up as EB-1 and egressed first from the LEM (Lagomorph Excursion Module).

Of course, the “muscle” went there first and prepared the area for our arrival. He set up a secure perimeter and stocked supplies of water, snacks, and an apple.

We were greeted by all sorts of flora, most of if taller than Gus and I! After a quick hop around the perimeter, we chewed on some contingency samples of what I understood to be Spanish Needle, grasses, twigs, and other greeneries.

I noticed at a strange formation far in the distance to the south of us. As wide as a mountain, its green stocks reached into the sky before arching back down to us. I could barely make out the individual strands of that creature, each at least twice as thick as my paw. They rubbed against one another, creaking and swaying in the wind, slowly brushing the blue back and forth. It reminded me of grass, but of monstrous size. The ground around us was covered with its dead leaves, like the blades of oversized hay!

We took it all in, pondered the scenery, loafed, and even had a snack. We let the “muscle” have the entire apple, though. Gus did some of the ponderings from the comforts of the LEM, but in the end, couldn’t resist the thicket.

Better outing than I get these days!!!!