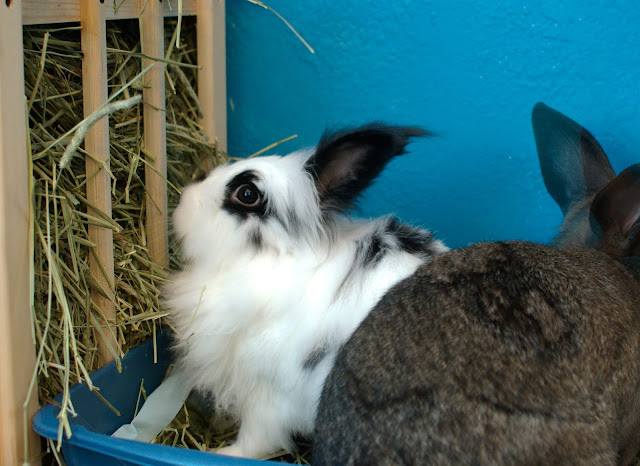 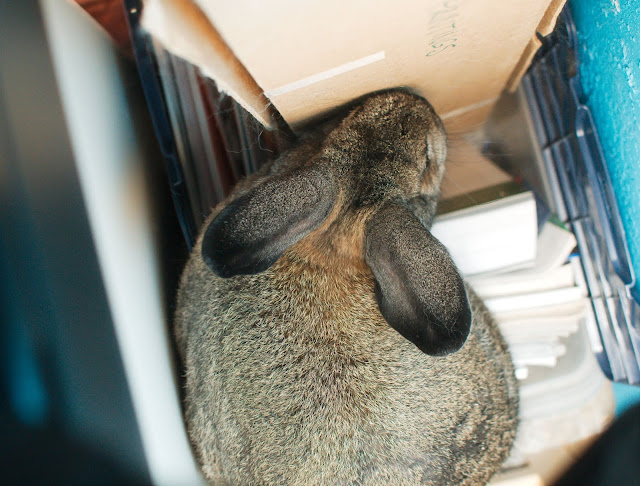 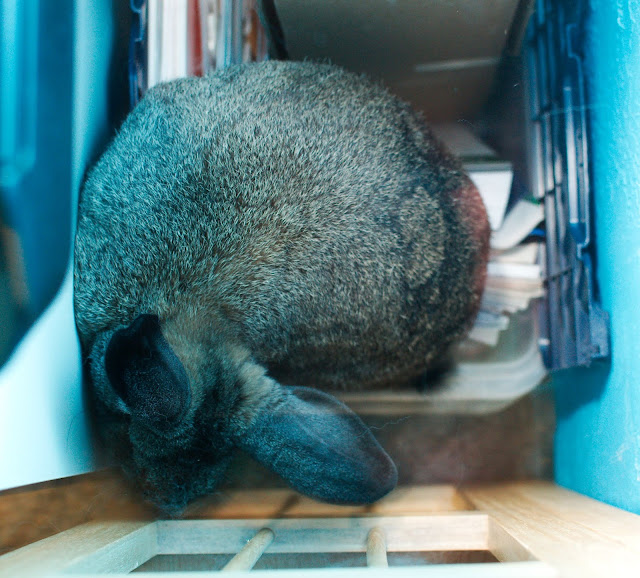 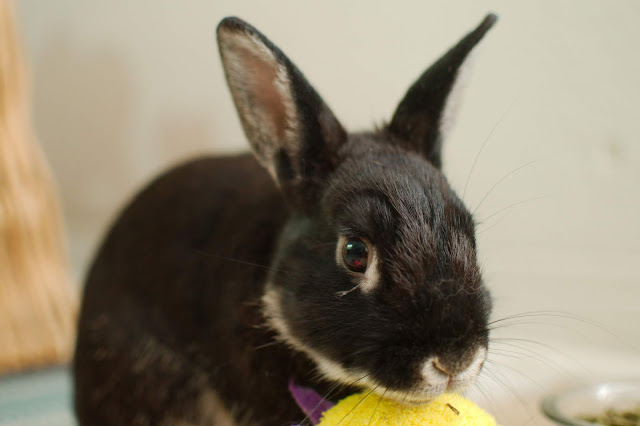 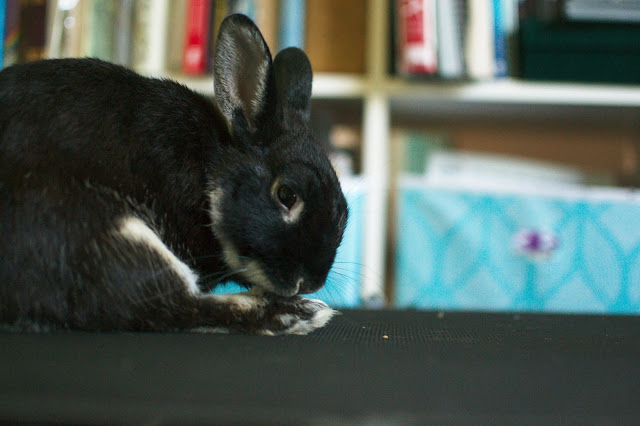 You know, we're just too quick for our hoomin and his slow clicker. I mean look at me. I'm in the corner, behind the printer and a small bookshelf and I'm mining some nomcoin. I'm tearing up everything around me and making lots of interesting noise. Hoomin thinks, "Well, let's see, we might have a good pic in progress." Right, by the time he tries to take a pic, he catches a blue, ghostly trace of where I used to be.

On another note, hoomin took out three bars out of the hay feeder. Now we stick our moufs in there and pick the twigs we want.

Of course, there's that little fart, Gus. He hangs out in the living room by himself. Charlie disappears in the evenings, and I think she hangs out with him. You know, to get some exercise and to keep him some company. I don't like the guy. I don't know and don't know if I will ever like him. I want to get my mouf close to his hide and pull some fuzz from it.

Otherwise, it's been good, boring week. You know, saaaaalads, headrubs, snorgles, good poops and such. Healthy and boring.

Sounds a heck of a lot better and more exciting week than mine!!!