Author's Note: We resume the story after Penny and Freddie rescued and brought Dr. Hopnom inside the news ship.
When the airlock finally opened, a couple of the news buns started to work on Dr. Hopnom. As soon as they took off his helmet, somebun secured a portable respirator mask over his mouf. They took off his suit and moved him to the medical station. Freddie and Penny got out of their suits and stowed them away. Freddie took a quick look at the bottom section of Hopnom's suit and could barely resist the urge to stick his head down into one of the legs. He delicately held the piece by its outer layer of fabric and slowly turned it around; inspecting the locking seal. He did the same with the upper torso section, and again, had to resist diving in to hide in there. The CO2 scrubber warning light was still blinking. Finally, they grabbed all the pieces of Hopnom's suit and floated with them toward the med station. That's where everybun seemed to congregate. Freddie would start on a more thorough inspection of the suit after things settled down a bit. 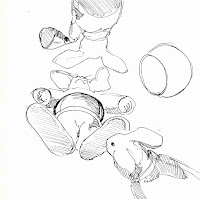 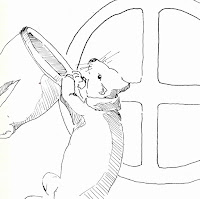 Freddie, looking over the suit
Mel, Hopper and I had oxygen masks on, and we were breathing in an antidote for the tranquilizer. Abby told me later that Mel and Hopper came to first, but I had to take my sweet time."She laughed nervously and said that maybe I enjoyed it. Dr. Hopnom wasn't well at all. They got him breathing on his own again, but that's all they could do for him right now.
At last, I got to see Abby. They told me she hadn't left my side since I arrived on the ship. She got me a fresh, blue suit to put on, and I ditched the nasty hospital scrubs we used as a "disguise." A lot of good that did us. Rhea finally got to interview Hopper and Mel. My guys looked as gallant in their new garbs as if they were the first bunstronauts returning from a moonwalk or something. Good for them; they've earned it. I would have my turn at the mic later. I was still groggy and nauseous. Abby helped me to her small cabin and wrapped me in a blanket. Her temporary quarters smelled of mint and basil. She fixed a pouch of freshly crushed herbs into one of the air vents, which made her place feel and smell like home. We didn't talk much. She was just glad that I returned in one piece from this near disaster. She held me tight. I thought we would have plenty of time to talk later.
At that moment, the news ship was heading back to the Repair Hub. Abby said the news buns wanted as much of our story as possible to be out in the open before they would dock with anything. They were able to send the broadcast feed masquerading as maintenance data to a couple of compromised weather and relay satellites. Those, in turn, would send out the information as telemetry. Finally, the news buns' cohorts and partners in resilience would decode and distribute it as normal data. When the news of our return broke, it reached a level of critical mass so fast it could not be effectively countered or put back in the bottle. The powers that be had to roll with it, whether they liked it or not. 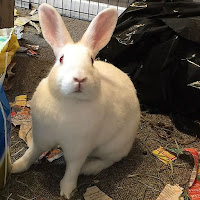 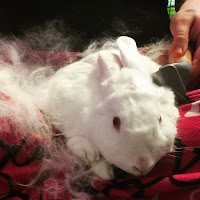 Joey
While Mel and Hopper kept recounting what had happened on the Behemoth, Freddie got down to more detailed diagnostic work on Hopnom's suit. He connected it to a terminal and tried to figure out why the air purifier went off-line. Freddie knew the suit wouldn't tell him everything, but it might offer some clues. He made a virtual backup of the suit's system and started looking at the logs. One thing that jumped out at him was the fact that no bun did any pressure checks before the last use of the suit. Of course, how Dr. Hopnom ended up floating in space remained the bigger question, yet to be answered. Was it his idea to physically jump ship or did somebun help him?
Freddie found the reset switch for the scrubber unit and cycled it. The warning light turned off. The CO2 scrubber worked fine; just no bun turned it on. He shrugged and said, "Nothing wrong with that part. The whole thing is old and had seen brighter stars, but it's fundamentally okay; they guy just didn't initialize it properly." He thought, "It sure looked like somebun unqualified attempted to use that suit." He recalled how Penny got flustered after meeting the Doctor.
"Maybe he grabbed it in a hurry; it doesn't look like he knew what he was doing. I told you he seemed very lost when I last saw him on that ship. I knew he was pretending to be a regular crew member!" said Penny. 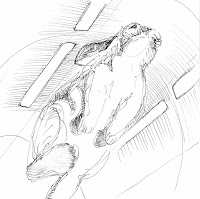 News bun floating through
Then again, if somebun tried to get rid of Hopnom and wanted to make it look like an accident, it almost worked.
As Freddie kept staring at the logs, he could see and hear the two news buns attending to Dr. Hopnom a little farther down the tunnel. They had the Doctor connected to a terminal and were transmitting his biometrics to the medical staff at the Repair Hub. Freddie wasn't listening on their loop and could only overhear the news buns. He overheated something about the nano-regeneration procedure while waiting for the Doctor. Freddie nodded and thought to himself, "Indeed, that would be the only feasible next step if Hopnom were to tell them anything."
The therapy would involve a solution with a swarm of specialized carbon nanotubes. Those would circulate through Hopnom's brain tissue and attempt to repair and reconstruct Hopnom's damaged neural networks. Most likely, the therapy would not restore all the connections, but in the end, Hopnom would almost be as good as new. But, it may be even worse; some connections would be stronger than they were before the accident. He might even remember more than he would want to. Would he really care to recall that bully from preschool that used to break his glasses? 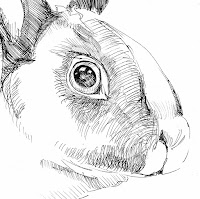 Mr. Toes
Freddie made a quick mental note: "Check who prepared the swarm solution." The swarm could just as well selectively wipe out everything from Hopnom's memory connected to the Behemoth, Mr. Toes, and the near tragic suit incident or it could turn him into a boiled carrot.
Credits:
- Renee: taking care of critters, photography
- Mr. Bun, Ijon Thichy The Nth: story
- Mrs. Angie: editing

Follow the Characters of X Plus Bun on FB
On Instagram @dollyalittledisabledrabbit
Visit our About X Plus Bun page to learn more about the cast members and catch up on other stories!
Posted by Mister Bun at 5:54 PM

I like boiled carrots - with a bit of sugar. But no bun would! Yeech.

Those buns in space and their wacky science adventures. Whoever on the crew does the artwork A+