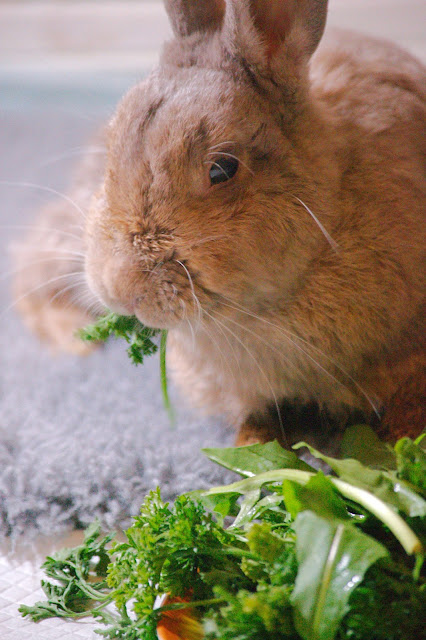 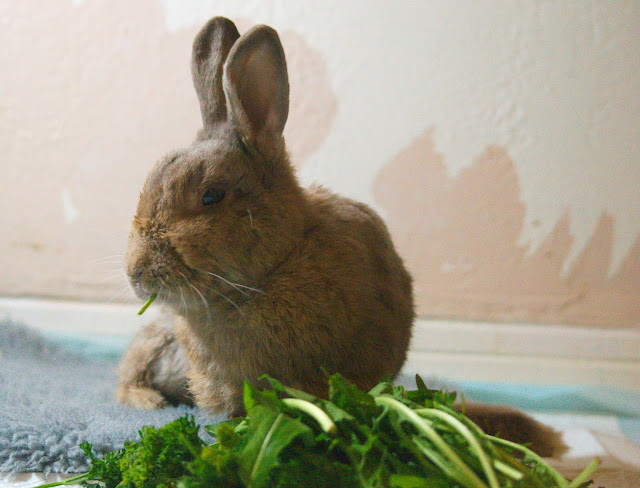 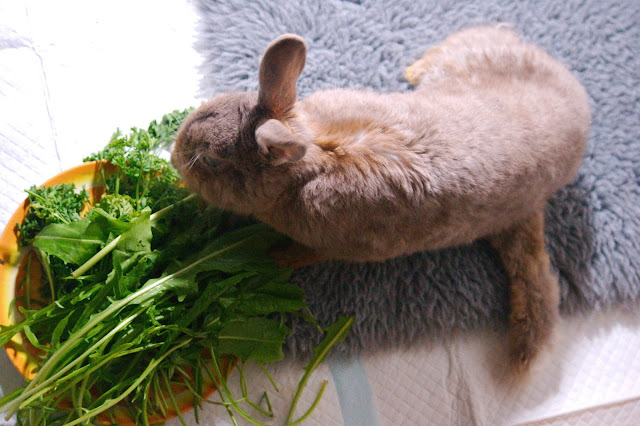 I'm getting more used to my bum bafs though. When I have to have one from time to time I can almost stand in the sink on my own and not freak out. Who knew?

I'm getting lots of snurgles and head rubs - as it should be, of course. Hoomin plays a surrogate bun best he can. He'll cup his hands so I can stick my nose in there and stay like that for as long as we can. Or at least for as long as his knees can take it.

You know, when one bunn is wedging his or her head under the belleh of another bunn? Yeah, we play that a lot. I have to be careful though, I fall asleep sometimes and can't keep my eye on him. Because, you know, hoomins.

PS: Dear Auntie Jane,
Your knitting offer is a truly a heart flutter inducing proposition :-) Our apologies for such a late response, but we were just thinking if there's anything at all I wouldn't mind. Came up with nothing. But... there's this routine we go through every time I get a bum baf. I sit in a little doggie bed lined with a pad and hair towel so I can get a little less wet. Then I get covered up snugly with a towel and receive all the headrubs I like. Maybe a little rectangular knit would be great? I think that would change the status of the procedure from 'routine' to 'ceremony' ;-) - Mr. Bun

Mr. Bun, My knitting needles are yours to command.

Mr. Bun, you are a very lucky little guy; you have bunny slaves all over the planet...as it should be :)=
-Jen (Kohl's mom)

Awww that's great tha Auntie Jane is going to knit for you ,she did a great scarf and flag for me,xx Speedy