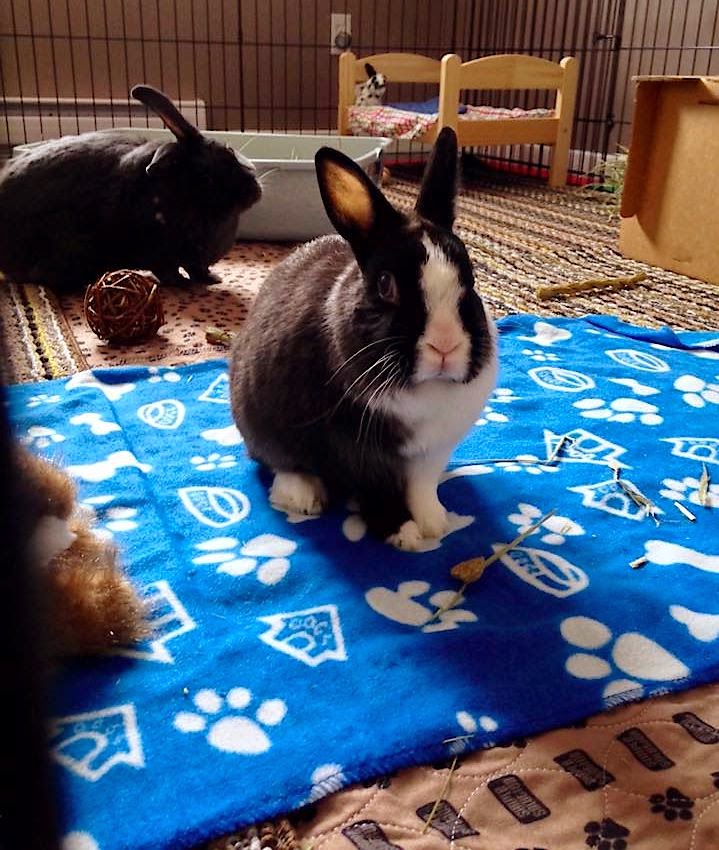 All of a sudden I had this feeling that Cleo was watching me.
Even worse, I felt she planned to have another one of her
competitive noming parties. 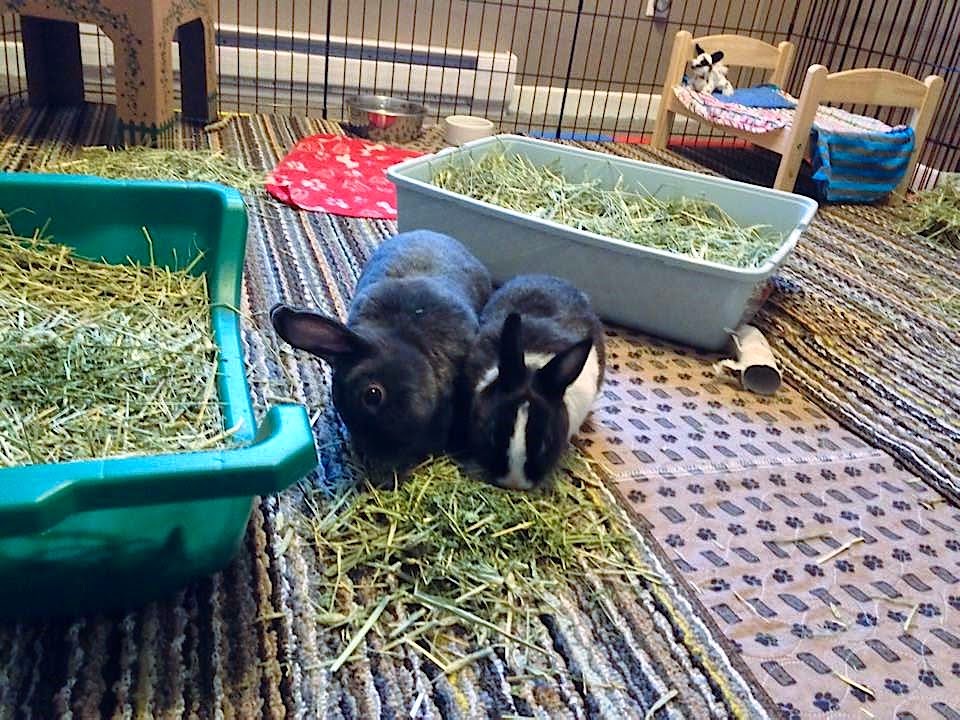 She pretended to have no such plans or ideas and only wanted some of the same hay I was having. Fair enough, I thought and pretended to pay no attention to her. There's plenty of hay and we can nom like the friends we are. 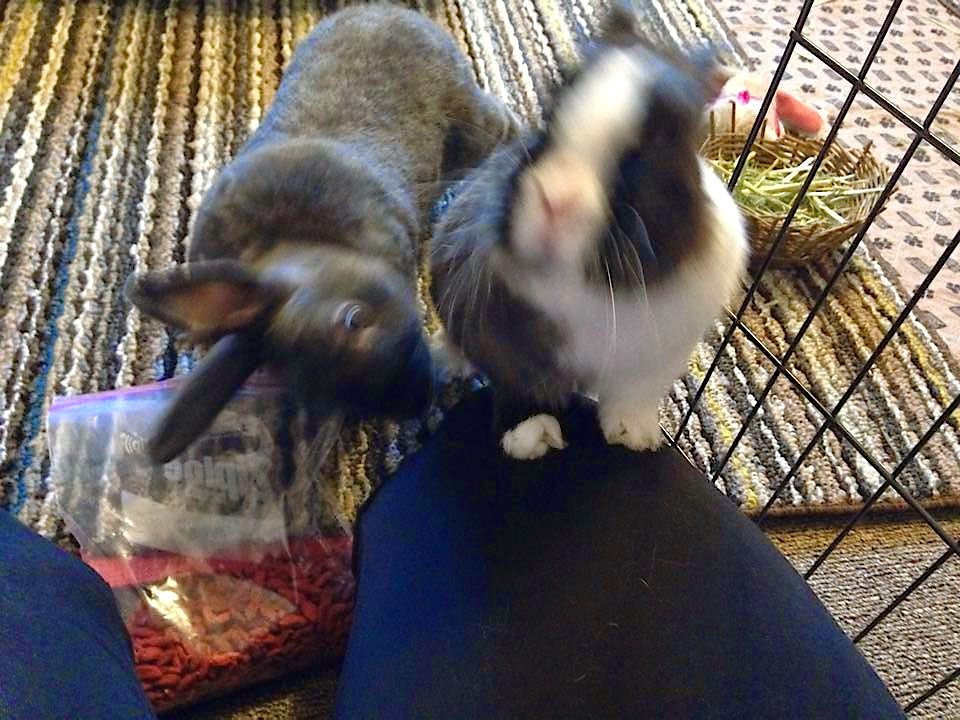 Next, everything turned on a dime! Our hoomin showed up with goji berries and treats and I made a run for it! Cleo wasn't fooled and stayed on my tail. Last thing I remember was trying to jump on the hoomin's knee to at least have a chance at a berry or two. Then, everything turned blurry ...

oops as long as you both got some,xx Rachel

It's a "bunn eat bunn" world out there! (However, I expect all turned out well - both got plenty and the hoomin did something wrong and the world moves along as planned.)

Mr. Toes, you know all those people who say "cherche la femme," well, they just don't know how hard that can be to do sometimes.