The story had to be rolled back to the Story Assembly Building again. Pancake looked dejected as she sat alone at her console late at night. She squinted her eyes as the smoke from her catnip stogie, left unfinished by Bruno, kept getting in her eyes. She thought, "By golly, I'm gonna finish something tonight!" as she took another drag. 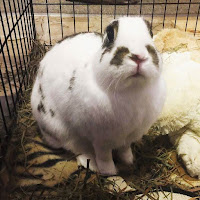 Molly
There were problems with the Retrofire Pt. 22 episode right from the start. First, the Story Dynamics Office, Molly, couldn't get her crew to the pad to do the last minute checks and corrections. They detected multiple plot leaks and misalignments. 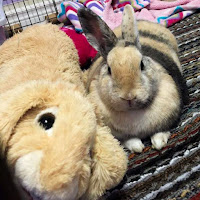 Pancake
Then a high-pressure system arrived from the dark valley of the tar pits and tried to smother everybun with a thick layer of strato-nightmare clouds spewing fumes of desperium-sulfate. They couldn't even attempt to fuel the art pods with doodles, or watercolors or anything else.
A clump of ash fell on her weather forecast report for next week. They would just have to try again later.
Credits:
- Renee: taking care of critters, photography
- Mr. Bun, Ijon Thichy The Nth: story
- Mrs. Angie: editing

I know, right? Those are part of the "Story Maneuvering System." For example, when the story needs to be turned belly up toward the sun to warm up its wheels before re-entry ;-)